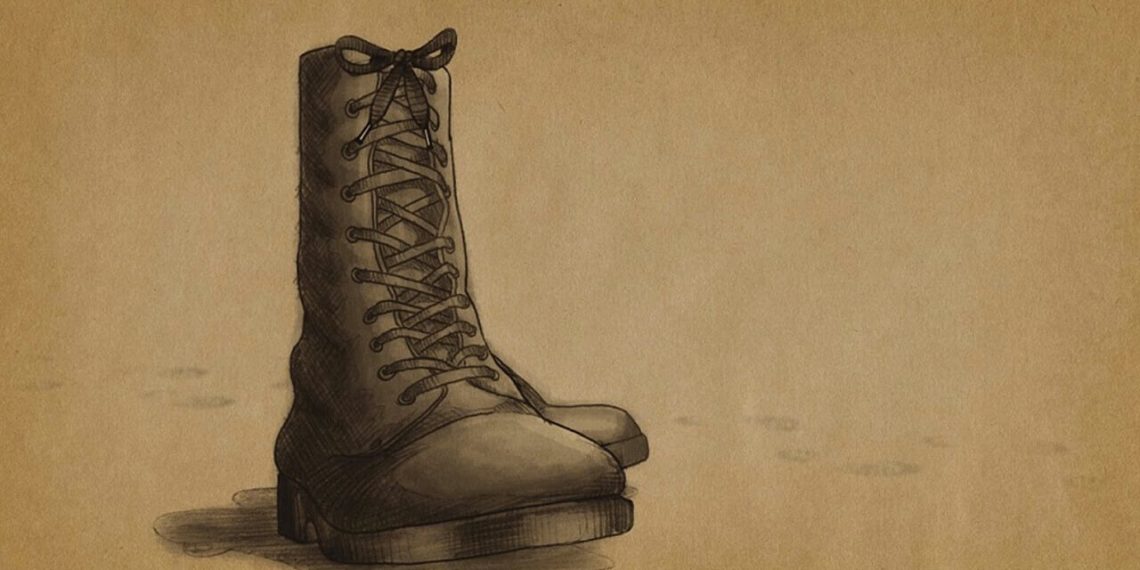 You know when few pages into the book you’ve picked a classic that’ll be worth your collection. Amir Vahedi’s ‘The Belief’ is one such masterpiece. From the very beginning of its screenplay, this 2D animation film reaches the vortex of your heart like none other would. The film opens to a pair of anonymous, faceless soldier’s boots that represent patriotism, valour, resignation and everything that’s in between.

The story unfolds in the dark wherein lies a pair of boots waiting to be owned. Once laced, the boots no longer remain an accessory. They transform into a moving, viewing, leaping, judging, gauging embodiment of the soldier himself. Vahedi brings out through the animation what would have perhaps been not so effective with an actor. With the namelessness, he makes it pandemic to his viewers regardless of their nationality. 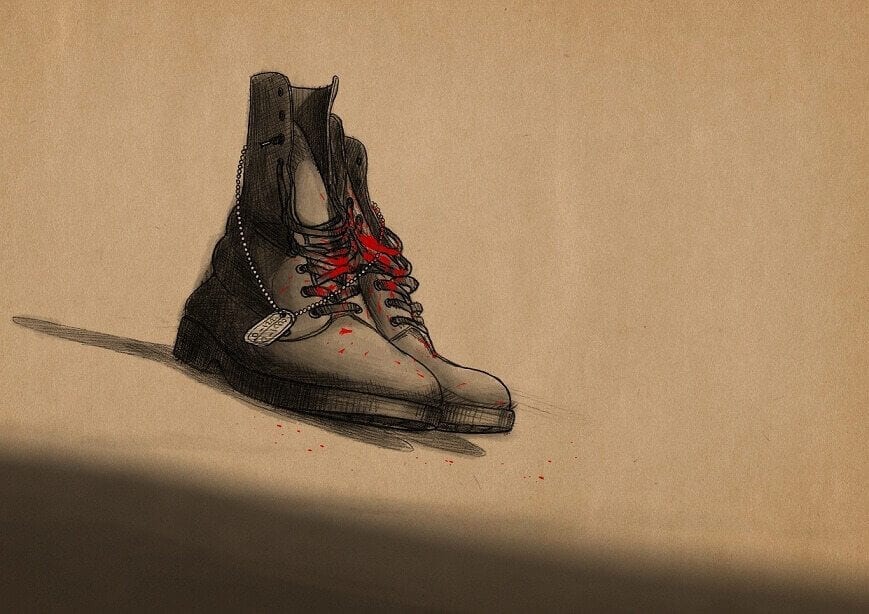 The direction is so effortless and incisive that Vahedi hasn’t even spared the shadows from selling their stories of the sand. In the sound of the incessant shelling, firing and siren, the BGM brings to life the horrors of what might be the usual on the battlefield. The editing is clean and the cinematography accomplishes the monumental task of doing justice to a sensitive topic in less than 2 minutes.

The setting of the screenplay is monochrome with only one colour added to its end in splashes that will serve your solar plexus its final punch. Every aspect of the setting has a story to tell, be it the direction of the wind to the scattered macabre or the posthumous remembrance.

This is a must watch! I wager there’ll be no one to whom this film wouldn’t appeal.

Amir Vahedi has set a new benchmark in the genre of short films.

Watch The Belief by Amir Vahedi.

This is a must watch! I wager there’ll be no one to whom this film wouldn’t appeal. Amir Vahedi has set a new benchmark in the genre of short films.