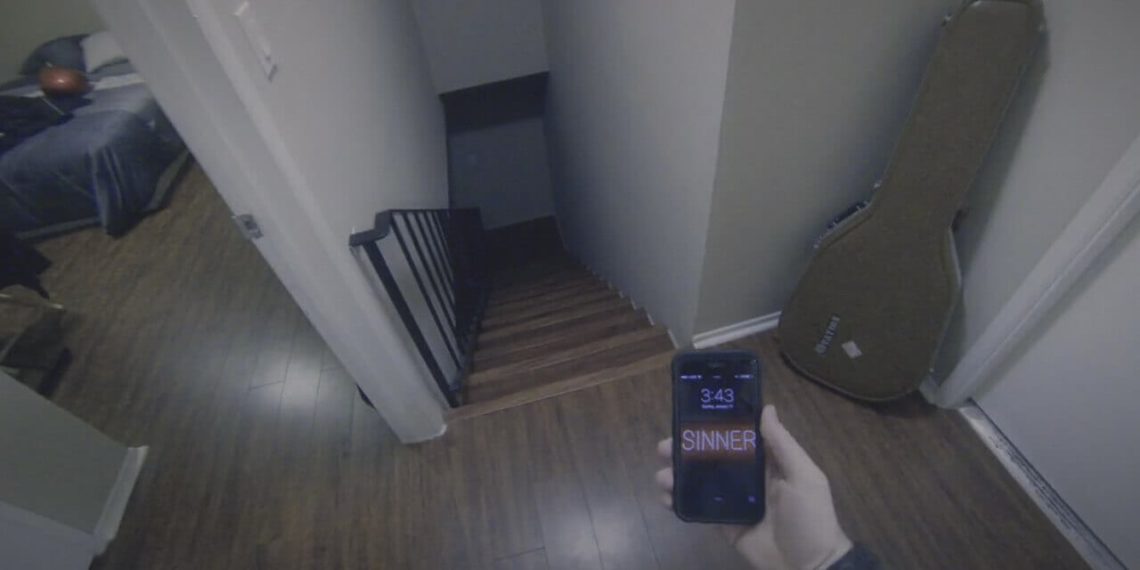 This 5-minute motion picture is entirely Joe Price’s brainchild, from its scripting to producing to directing. NearSighted is a singular attempt to break away from the stereotype that has been generated around the horror-thriller genre. And, Price does an incredible job at achieving that.

Miguel remains the faceless protagonist through whose prism of vision we view the entire happenings of his time alone. We live the character as we follow his footsteps, his humdrum and his blurred vision. But, what makes this thriller bloodcurdling is the apparent lack of any external special effects or even music to defend its narrative.

Price has ensured that the eeriness of the haunting apartment is captured even in the silence that hangs in its rooms. He has managed to use everyday sounds in a manner that’ll make you want to revisit them armed with a different understanding.

The entire movie is shot in a single long take that is done so smoothly, that one hardly feels the need for any editing. It is entirely to the credit of Price that this feat is achieved which only heightened the intensity of the growing narrative.

The performance of the chief protagonist and his nemesis are the highlights of the film and they’ve managed to outstretch the existing standards of horror flicks because it is sans any close-ups or dialogues that they manage to set the stage of fright. Miguel lets his body be a moving work of art as he lets every step of his do the acting.

All in all, this is a highly recommended film for all those who love to experience the hair-raising thrill of spookiness.

Kaalchakra (The Circle of Time) – Review