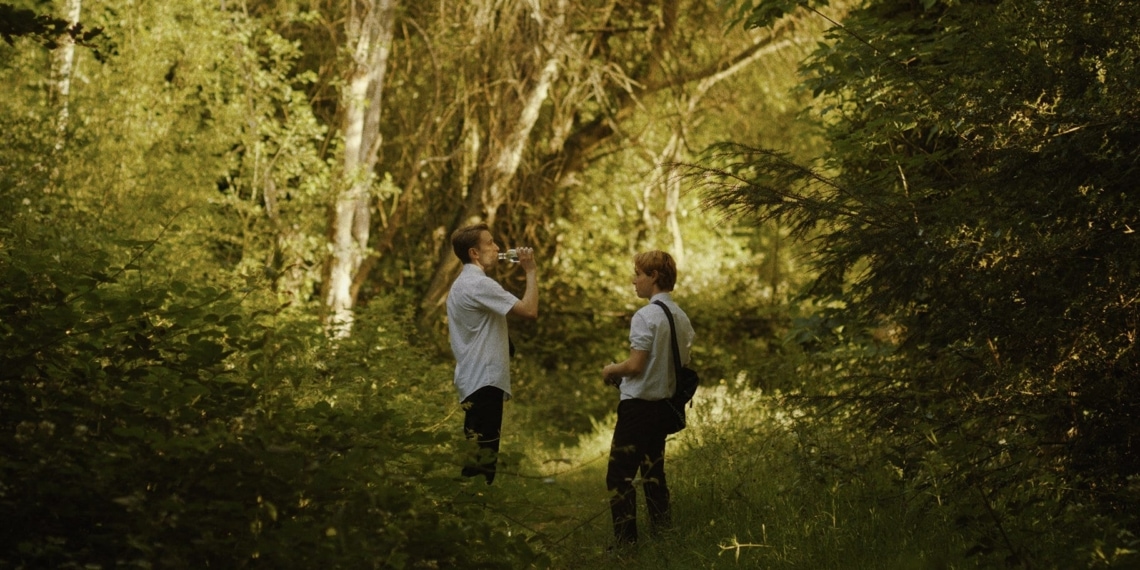 Youth, and even teenage for that matter, are rather umbrella terms; great for convenience, but they come up rather short in encompassing the many explosions of development that make up these years. Noah Stratton-Twine’s sublime drama Young, Young Men examines with finesse and refreshing empathy that effervescent period of high school, putting the focus on two teenage boys, in a way that teenage boys have rarely been seen or understood.

The film opens on the first day of summer vacation, ’09. Luke (John Worthy) and Charlie (Ned Wakeley) have just received their results, one barely perturbed by it, and the other barely hiding his perturbation. This suppressed regret and denial of embarrassment is a persistent characteristic of Charlie. The film reveals the personalities of its two characters through stray dialogues and little gestures in the actors’ performances. As reserved as Charlie is, Luke is openly sensitive and even somewhat childlike. Their friendship is one of open solidarity and sincere affection.

As the camera lingers upon each face, it is not hard to see how respectfully human Stratton-Twine has made his characters. The camera, and by extension the audience, really sees these two teenage boys who hang out, out of genuine affection and friendship, and not convenience born of familiarity born of circumstance, endearing them to the audience almost immediately.

Cinematography and setting echoes the premise and feel of the film. Luke and Charlie walk through woods, by ponds, coming finally to rest in a big field, against the backdrop of a brilliant sunset. Whether it is the handheld camera or the quick cuts, it gets to the essence of teenhood, of both languid and fun afternoons, sometimes contentedly aimless, sometimes pushing for wider horizons. Frankly, Young, Young Men is beautiful enough to make even clumsy attempts at getting laid have touching emotion.

To complement this, music is painfully beautiful, the very opening sequence saying everything before the visuals have even begun rolling. It is anticipatory, not only buzzing with excitement at things to come within the scope of the film, but also an electric, bittersweet cry out to all the changes about to happen.

The film ends on a poignant sunset, their separation looming in the air.

Charlie and Luke, these two darling young men, fledgeling adults, so full of endearing sulkiness that they are unforgettable, are impossible to not love. Young, Young Men is that. Unforgettable and entirely beautiful.