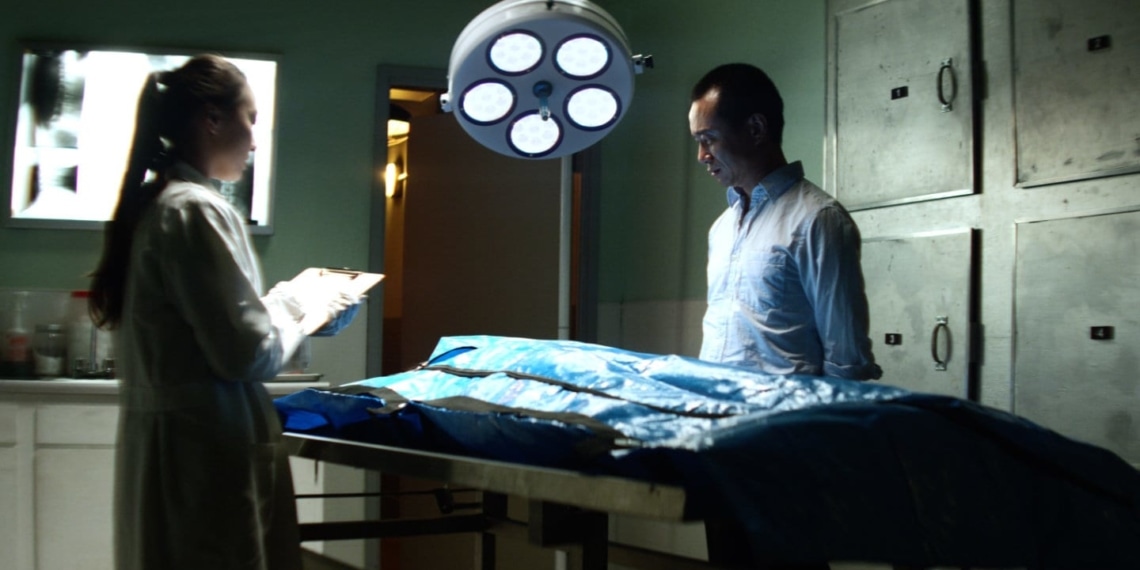 No matter how many time-travel films you have seen or books you have read, Shange Zhang’s The Five Minutes goes beyond the routine. Granted that the mystique that comes with this genre is guessable, but not the sublime storytelling that Zhang adopts. The Five Minutes combines the elements of drama, fantasy and science fiction all-in-one, to give you an affecting, moving narration of a couple whose life turns around when one of them dies.

Zhan Wang plays Yu Cheng, a businessman so busy that his life is compartmentalised into calendar notes. Production designer Gele Fnu ensures that the setting reflects this. The house is in complete disarray. As Yu Cheng moves around sipping his drink while assuring his boss of being there for a crucial meeting, we see the surroundings. It desperately needs care as does someone else inhabiting it –  Luli (Eon Song). So much is packed in this 9:07-minute-long plotline that one is compelled to hit the rewatch.

Writer Nichole Delaura work is incredible. The screenplay starts off where the marriage is already broken, the couple is already distant and there is nothing much left to say except for what can be met with silences. Wang and Song who play the couple are so terrific in their performances that their chemistry outlasts the character’s living moments. The scene where Luli’s lifeless body is shown to Yu Cheng, Emre Okten’s camera scales the angle and we see the broken man and not just the marriage.

The editing by Francis Lu is neat. He cuts the scenes with experienced precision; there’s not a moment wasted on a scene even when the viewer might feel the need to linger. Demi Ke who plays the doctor has an unusual character to imbue. Appearing as cold as the bodies she deals with in her mortuary, she informs Yu Cheng of the phone booth that will allow him to talk to his wife one last time, but with the fair warning that any talk meant to avert the inevitable would lead to the abrupt discontinuation of the call.

One wonders what could be packed in five minutes…? Apparently a lot, proves Zhang. Wang whose convincing act is only accentuated by the well-chosen colour palette of red, the film closes with an unforgettable image of a man desperately holding on to something he should have held, while it truly belonged to him in time.

Moving, gripping, reflecting, Zhang’s The Five Minutes, with Ling Lu’s music is a must-watch for all the fans of cinema and not just science fiction…

#ShortFilmReview: The Five Minutes: What if you had one last chance to speak to someone dead? Click To Tweet