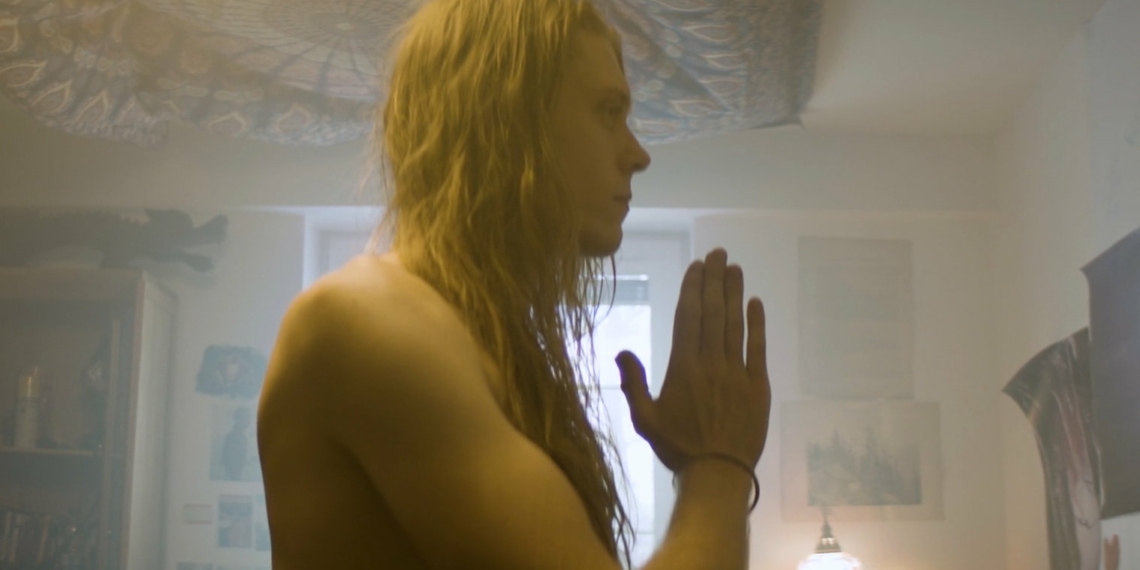 Coming-of-age short films exist, but few and far between. Ollie Ward’s Promenade is that, and more. It goes slightly beyond that, and surprisingly, a little less than that. They are a bunch of kids, really. All in the prime of their youth, carefree, unbridled. With their personalities yet to be forged, this is effectively a story of youth at its cusp. A 19-minute film that offers a realistic peek into the moods, thoughts and feelings of an age that is often considered too young to be taken seriously, but too old to be ignored.

One might find Ward’s world to be too testosterone driven. The close-up shots of football, the banter and occasional teeth-shattering punches are common, expected even. But come the ten minute mark in the runtime, and the scenes organically transform into a hub of late teens, regardless of gender, being their authentic, unapologetic selves. Promenade is not a story of a particular individual or event, it is a slice of it all. The screen time is mostly equally shared, although some do enjoy a little bias on that front, and rightfully so. The actors are well chosen, making it instantly believable.

What helps the film maintain its pace and authenticity is the composition of the frames. The shots carry a rich tenor to them, a vibrant, healthy feel that almost seems too fuzzy to be contained, much like the characters’ youth. As the group sits around drinking, smoking, and throwing bad jokes and punches at one another, it would not be hard to imagine oneself amongst them. Such is the effectiveness of the camerawork, that DoP Eliott Poyzer must be lauded for the smooth execution of it. The shots alter from handheld to wide-angle and yet do not break the continuity thanks to the editing of Oliver Thompson and Ward.

When one of the friends decides to not follow the routine, the group snigger about it, while one concerned friend brings it up only to be faced with a well-considered and yet subtly defiant response. The beauty of Promenade is in the promise it holds of a myriad of possibilities, of decisions turning favourable and otherwise. Harry Evans’s music adds just the required touch to the mood of the film. Adulthood, or the effort to understand and embrace it, has seldom been projected so vividly and realistically in short films. One might even be reminded of Noah Stratton-Twine’s Young, Young Men.

Ward’s Promenade is wholesome. The final shot of friends walking arm-in-arm, a beautiful picture meant for the yearbooks is a lasting shot. While this could hit differently for different people, one cannot deny the warmth, the hope, and the lack of consequences that one gets to enjoy only at a certain age.