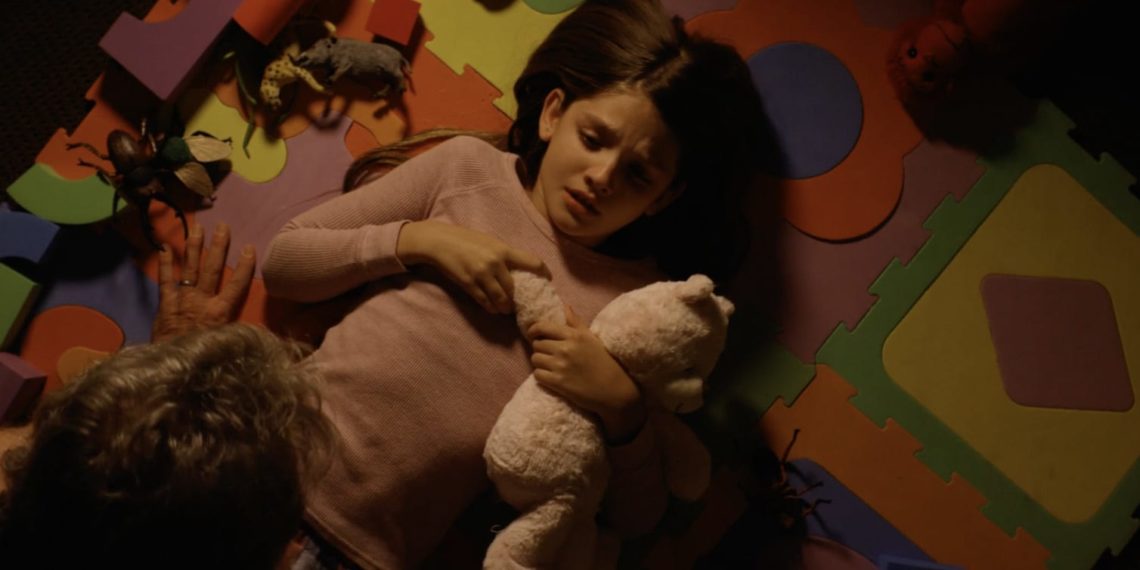 Whatever be the reason, split personality disorder (or more appropriately, dissociative identity disorder) has found its place almost solely in crime dramas. Another addition to that long list of films is Ernesto Sandoval’s ‘The Voice Within’, an 11-minute short that follows the trials and tribulations of Catherine (her main alter being Angelina).

Catherine (Laurie Henderson, who has also co-written the screenplay), as a child of no more than 9, was sexually abused by her father. As a result of the trauma, she develops DID, and for which she seeks therapy, and it is here that she is seemingly undone (we’ll come to this later). The film opens with a flashback scene of Catherine as a child (Carissa Bazler), just as the abuse begins. In the present, she works with her therapist (Toni Romano) to come to terms with her trauma, but it is a slow struggle. Soon, Angelina takes over and a terrible secret is revealed. As Catherine struggles with her past and present, she begins to question her place in the world.

‘The Voice Within’ comes with a very predictable story and cookie-cutter characters which recycle the same old narratives, though its performances bring the film fairly up to mark. While Romano proves to be a grounding presence, Henderson handles two roles with reasonable ease.

The most puzzling aspect of ‘The Voice Within’ is its timelines. Spoiler alert: details of the plot are going to be discussed next. If you have not seen the film or do not wish the story to be spoiled, skip ahead to the next part.

Catherine has a breakdown at her therapist’s office, convincing herself that the best way forward is to kill herself and yet when the act is then shown, it appears to be immediately after Willie’s death (the blood is still on her face, his body at her feet and her makeup is still on). One cannot imagine that he died before the session, since Angelina recounts the incident to her therapist, leaving the audience then very confused about what happens when. Unless there are ghost spirits involved, the next possibility must be a serious plothole. Moving on.

Cinematography is well designed. Romano’s character is best framed, depicting her place in the story and the story’s mood efficiently. Scenes of child abuse (tough to watch) are also appropriately lit and evoke a strong response from the viewer. Ece Muniroglu uses tense, fast-paced music to elevate the impact.

Overall, glaring discrepancies aside, ‘The Voice Within’ is a passable film with little innovation to offer.