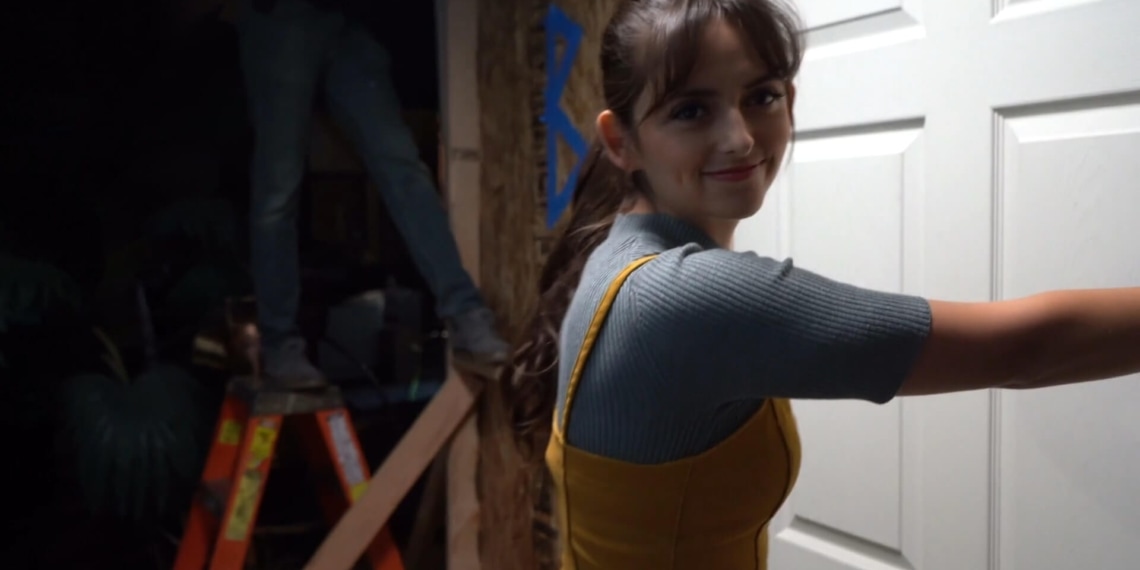 Jordan Wilson plays Denise in Dumps. An unseen character for the major part of the film’s duration, Wilson’s performance is so arresting that her rationed screentime hardly affects her presence. In fact, if any, it makes it even more impactful.

Candid, fun, and reflective, she walks us through her interpretations and aspirations when it comes to performing, both on stage and on screen. Catching up Jordan Wilson for a quick tête-à-tête is our editor who wonders about the effort that goes into breathing believability into creating characters.

Initially, I remember being really thrilled because there was so much room for play within the quick and witty dialogue. It’s relatable with a generous peppering of surrealism that sparkles throughout. Boris did such a great job of letting me know on paper who these people are which set me up to take the plunge(r) into character development. I felt very lucky to work with this script, I still do.

Oftentimes, we give people in our life too much power. I know that’s something I’ve always struggled with. We idealize and fixate and equate our worth to how much these people like and respect us. I never wanted Denise to be exactly who Andy thinks she is. It was important to me for Denise to have an identity that was separate from Andy’s romanticized version of her, while still being true to the traits in her that Andy really does see.

Thank you, and yes! Our scene was filmed in one day and every time we ran it all the way through to the end, I was always there. Right behind the door. There was a very real energy passing through us in that scene even though we were separated by a piece of wood. We stretched the rubber band. It allowed me to really focus on and be impacted by what he was saying. That’s how it happens in life all the time, we gather the courage to say what we really need to say just by knowing someone is there listening even if it’s not face-to-face.

Ah, thank you! When you have an excellent script and an all-star cast it makes the job easy. Boris, Noah and Sean gave me so much to work with.

It’s hard to say. So much of what makes something more natural or more challenging is the story, no matter the world it’s set in.

I’m a narcissist. (Laughs) No, no, I’m joking. Mostly. For my entire life, I have been performing and forcing my loved ones to watch me dance interpretively to Britney Spears CD’s, make futile attempts at Chris Farley impressions, and participate in every talent show. Film and television acting were always the plan and a part of the evolution of my love for storytelling and performance.

Obviously every actor has a different creative process or lack thereof. For me, I think it’s a balance of knowing just enough about who this person is to step into their brain and body while also leaving some information out. That lends itself to naturally inform things like accents and mannerisms. We don’t ever fully know who we are as individuals, we constantly change and reinvent ourselves. There’s no way I could ever presume to know everything about who I’m playing. Find out as much as you can but also let there be question marks.

Some sort of rebel with a God complex.

NOAH! Noah is a selfless acting partner, he always gave me everything he had. He’s encouraging, vulnerable, talented, and also was constantly making me laugh. He is my friend for life.

Just like her nuanced and moving performance in Dumps, Jordan is warm, candid, and accommodating. Wishing her the very best!

Watch the trailer of Dumps