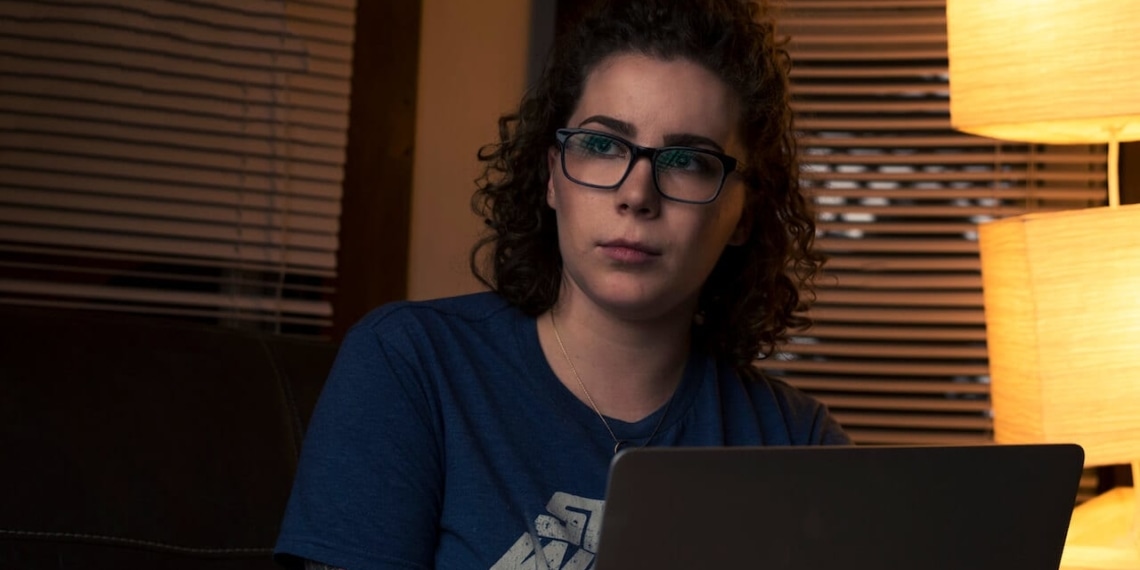 Anna Remus’s Keeper (12:05-minutes) is an action-thriller but at its core, a sibling drama. With just 24 hours at hand to rescue her younger sister, Missy has the herculean task of both saving and surviving. Keeper is filled with punches, unbearable tales of abuse, and much more. But underneath it all, it’s about love and the choices we make for our family.

Remus walks us through her interpretation of female characters, what she finds challenging about directing action sequences and her hope for the future of women’s voice in cinema.

I actually remember the night I imagined this story. My late sister and I had a really complicated relationship, which usually involved me being the “fixer.” One night I was picking her up from somewhere shady, and thought, “You should be glad I’m here to save your ass. You’ve pushed everyone else away.” I started thinking about how our story would look if she were a woman that society didn’t feel the need to protect — someone struggling with addiction, or a sex worker. So Keeper was born from a real codependent relationship and my fear that someday, I wouldn’t be there for her when it counted.

I think so. One of my big goals for this film was for it to be hyper-focused in tone and structurally clear. I’ve made the mistake of being too dialogue-heavy in the past, and it just weighs on the work. For Keeper, I wanted the images and consistent tension to do the heavy lifting. That focus required constant visualizing and re-imagining of how the moments would visually cut together. A few people who read it said the non-linear timeline was too confusing and wouldn’t work. Now, I think that’s one of the defining features of the piece.

I will say that writing action is sometimes very challenging. You have to condense a lot of movement into as little space as possible while capturing the tone of the piece. Every single beat has to be thought through ahead of time, both from a practical perspective (Can we afford this? Can the actor pull this off?) and a character perspective (If these two people hate each other, how are they going to fight?).

Their appearance was very intentional, but for me, I think it was more about highlighting socioeconomic status than beauty standards. I used to pitch this film as “Kind of like Taken, but with two white trash sisters.”

This is a world of limited resources. I think that was necessary for the story to work, but also indicative of my own experience. We shopped for costumes at Walmart, used my 2001 Camry for Missy’s picture car, and included some visual cues (like fast food and bad tattoos). The concept of class fascinates me and it’s something I intend to explore even more intentionally in the future.

I think working on larger projects informed my belief that everything we create is for the collective; I have no interest in being a tyrannical auteur. It takes a village to make a film (even a short one) and I think the best stories, the ones with the most heart, were made when the director kept things on track, but let go just enough for everyone’s contributions to shine. This shit is hard; we do it because we love it. The hours are long and the work is hard. If I can’t give someone on my set the satisfaction of seeing that piece of themselves in the final product, I don’t think I did my job.

I was on a shoot in Miami when I got a notification about the competition and read the guidelines. Stories submitted needed to fit into a pretty specific set of prompts. I had one of those lightning bolt moments where the story and the character just kind of comes to you. Then I got busy with shoots, and didn’t make time to write until the day before it was due. I almost quit a few different times — it was Christmas break, and I wanted to just relax. But I’ve learned not to ignore that resonant feeling in your core, when you’re lucky enough to get it. So I submitted it right up against the deadline, and waited.

When I got the notification, I was over the moon. It was my first time at Sundance, and it was expenses-paid. I ended up winning a bit of cash too, which ended up being my saving grace when COVID-19 hit. So I don’t know how much I truly believe in fate/etc., but the whole thing felt very fucking lucky.

I love working with Quinton. For Keeper, it felt like we both had a very similar understanding of the story and how we wanted to shoot it. What was funny is that Quinton is a very sweet guy and a dad to two little ones. I was worried that the script was going to be too dark for him. But he dove right in and was all about the grit. I’d be at the monitor and knew it was a good take when I’d see him smiling like a happy kid. We’d be shooting a brutal moment and there would be fake blood everywhere, and Quinton would just be grinning.

I love working with colour, and Quinton was down to give Keeper a very neo-noir feel. We didn’t always pre-plan them, but each scene got its own colour in the end. For the main scene in the backroom, the rich jewel tones in the carpet really set the vibe. We got to the pawnshop location and there was this vintage Rolling Rock sign by the register, which was this really striking kelly green, and we ended up using it to light the scene. The bathroom scene (when Missy is mentally preparing to break in) was supposed to be something completely different; we came across that bathroom at a location and decided it was too good to not use. We stayed really fluid and improvised, which I think allowed us to get the best material possible.

I definitely get annoyed when I see undeveloped female characters in men’s stories. It’s even more insulting than omission. If you can’t make us into real people, can you just leave us out? Am I surprised that men mostly write strong male characters? No. But it just illustrates the need for a more structured levelling of the playing field — not only with women, but Black filmmakers, Indigenous filmmakers, etc. I support a dedicated awards category (or several), which would push studios to fund minority filmmakers.

I was really worried about capturing trauma with children. That was probably my biggest concern going into production. I love working with kids, but I would never even consider putting a real child in mental distress for the purpose of a film.

We were very lucky in that we had two incredibly professional young actresses, Molly and Colbi. In many ways, it felt like they set their own tempo. They were so open and curious, both emotionally and intellectually. They’d be asking what a piece of equipment did, then making a booger joke, then saying something insightful about their character or the story. I was being a little overly cautious and planning on shooting their reaction shots, then shooting David (their abusive father) separately. Molly was like, “I think when he said this I’d start crying. Can I just do that?” We talked a lot about the story, about what was happening, and what we would do if anyone felt things were too intense. The performances were all their own.

I definitely pay a lot of attention to composition. I didn’t go to film school, so I don’t always know why I like and what I don’t like; I just try to intuitively get there, then go back and try to find the reasoning behind what I was feeling. I fall in love with images. That’s usually the first thing that gets me started on a project, seeing an image and pulling the thread.

Sicario, by Denis Villeneuve. It was so engrossing but also emotionally devastating. I loved the landscape and its washed-out colour palette. It felt like the sun bleached everything. The music was incredible. And Taylor Sheridan is probably my favourite working screenwriter. I don’t think anyone else can give a sense of place like he does.

I’m a proud genre director and I’m sure that will be my legacy. For me, the genre was the gateway drug to cinema and art as a whole. I’d go see big blockbusters from my town’s one-screen movie theatre, then go rent serious dramas on VHS from the library. I dream of making a big, beautiful blockbuster that lets people escape from whatever is weighing on them, for a few hours. And I love the idea of a kid in another small town someday deciding that they have to make movies because of what they experienced.

I’m currently writing two features, a short series, and a short film. The next short I make will be hyper-personal and feel much quieter than my other work, but it’s been almost more challenging because of that. It feels like there aren’t enough hours in the day for all the stories I want to write.

Self-assured, questioning and sharp, Anna Remus is a force to be reckoned with. Her short action-thriller Keeper has proven to be great preparation for her first feature, a horror-thriller. Currently writing two features, a short series and a short film, we thank Anna for her time and walking us through her process and journey up to the making of Keeper. To know more about her work, please click here.