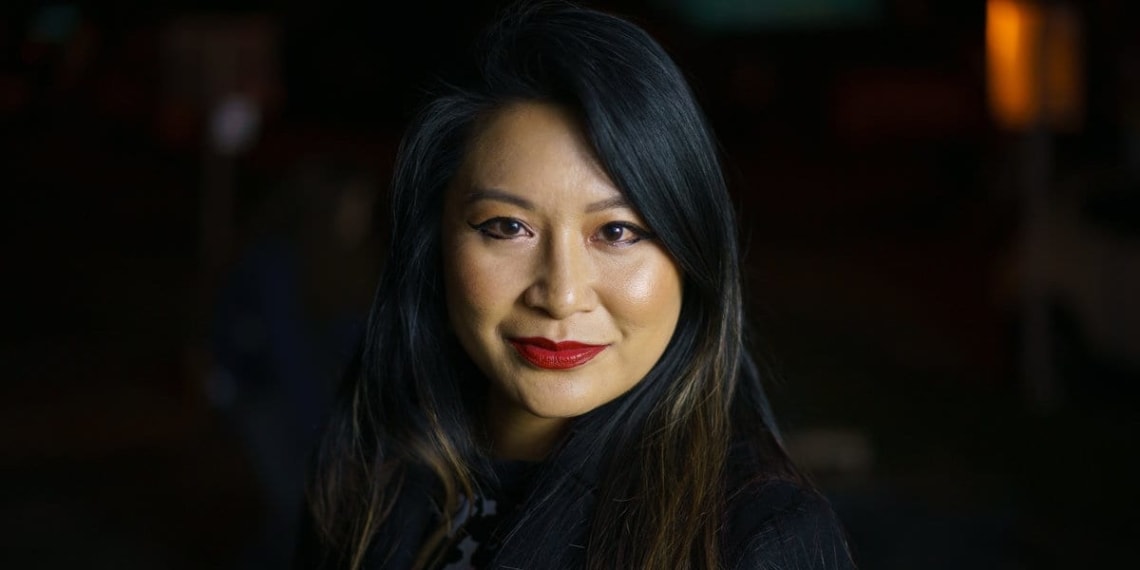 Christine Chen’s Ya Albi is poignant and particularly striking considering the present political climate. A film on resettlement, the refugee crisis, and migration, Ya Albi is surely thought-provoking, but also a simple story at its heart – one that works on the very fabric of humanity. Peppered with genuine warmth, understanding and resonating empathy, Ya Albi is a must-watch for those who love the drama.

We have with us Chen discussing what challenged her the most in filming such a moving story, where she hopes Ya Albi goes forth and how films can inspire a generation…

My parents despite being poor with limited resources and knowledge of the American culture didn’t simply “survive”, but, in fact, succeeded. I am always humbled and inspired by that. I love that about their lives; the sheer grit and resilience they exercised to thrive. I believe, every immigrant story offers a similar lesson. Because, the idea of moving away from home and then creating a completely new life not only for oneself but also one’s family and that too in an unfamiliar place; starting from the scratch; be it in terms of picking the language, or making friends etc., can be very daunting. And, yet, people have done it, countless times, successfully.

And, I find that aspect of the human journey fascinating and moving. In fact, I absolutely love it! I am forever inspired by my own parents’ journey and of the countless other immigrants’. I believe, America is built on immigration and I think we as a country need to remember that, especially in such politically polarizing times.

In my opinion, art can often be a great neutralizing medium. Depending on how a story is told, people are inclined to see art as entertainment and thus let their outer walls down, in order to absorb the material. Before they know it, they may be even falling in love with a story that is very contradictory to what they know to be their beliefs. That is the power of art.

It is unifying because it can be used to bring out the emotions that we so often try to avoid and therefore do not have the opportunity to truly process. It is a way for us to connect with each other and understand each other’s differences and similarities.

The title of Ya Albi started off with the word “Habibi”, which in Arabic translates to ”my love”, but is specifically used to refer to a loved one. ”Ya Albi”, on the other hand, isn’t as restrictive. My lead actress mentioned the Arabic word ”Ya Albi” which more often than not, doesn’t refer to a person alone and is hence, used in tandem to describe a place or a thing.

I really liked the double meaning it carried with it. And, coming specifically to our film, ”Ya Albi” could easily refer to Aya’s homeland as well as her family. So, that’s how we arrived at Ya Albi, really.

Oh, definitely gradual! The parallel narrative was developed very organically. Funny enough, originally Aya’s mentor was a male and Julie was more of a role that Nathan currently plays. When I workshopped an earlier draft of the script, my lead actress’s dad, who is Syrian mentioned that it would not be believable to see a Middle Eastern woman feel comfortable being alone with a male stranger.

As a result, Julie morphed into Aya’s instructor which then led to a much stronger story about womanhood and friendship. A subtext that I am only glad to have incorporated into the screenplay.

I think with any dual narrative, every piece you choose to show from both lives has to move the story forward without distracting from the greater theme of the film. Sometimes catching glimpses of a story can be confusing; so striking a balance between giving just enough information in order for people to connect the dots without distracting them from the greater story, is definitely a fine challenge that I faced too.

I loved every minute of filming Ya Albi. The filming actually took place in 2-stages. And, in our first cut, we never showed Aya’s past or her husband. The conversation between them was purely limited to the phone and there were no subtitles added to it. This was inspired by my own multilingual conversations with my parents that my friends have been privy to. Despite not understanding the language, my friends were surprisingly able to get the gist of my Mandarin conversations with my parents,  based purely on the facial expressions and gestures. I wanted people to do the same; pay attention to the tone and feel of the conversation rather than the conversation itself.

Later, as we advanced into Academy qualification, we felt that only by showing the husband will the audience be able to have a deeper connection with the characters and their relationship with one another. We added the flashbacks and the conversation with the husband to show that love and bond between Aya and her husband so that when the separation happens, it would feel that much more painful.

Having a background in music really helps.

We specifically picked Steffen Schmidt to compose for Ya Albi due to his connection and experience with using ethnic instrumentation in his music, of course. But, I have been very fortunate to have a music background and it has only helped me to communicate with the composer in any movie that I do.

In fact, music is a huge factor in how I edit and establish the tone of my movies.

I think drama is fascinating because it deals with the emotional aspects that we often try to avoid. Also, I believe, with this genre, in particular, there are so many aspects of filmmaking that can simply be used to add and enhance the feeling of each scene – be it from the lighting to the set design or cinematography and sound design… that drama truly brings forth to screen something very aspirational.

To put it simply, I feel that drama really lends itself to be an amalgamation of all these elements.

I think sometimes it is hard to find objectivity.

I did come from a documentary background before I did narratives where much of the films were developed in the editing process so I am used to the system already. Also, I have been editing my own work for far too long to know when I’m beginning to lose the objectivity. Of course, I would love to have a dedicated editor. But, for now, I have learned to take time and incorporate breaks to bring in the novelty to the edit.

When it comes to the writing, however, I write in order to direct. And, I love directing other people’s stories because I do believe there are much stronger writers out there than me, but my love for having the control of what kinds of stories I want to tell, always compels the writer in me to keep going.

I want people to appreciate the strangers they meet in life; that influence their lives and how they eventually become a part of their families and lives. I want people to realize that despite the darkness in the world, what makes us human are the moments when we choose to help another in the hour of their need with no expectations – just being human beings who love and appreciate one another. After all, that is what humanity is all about, isn’t it?

I think right now, we are lacking that. Everything is being politicized and there are sides to everything but in the end, we are all humans and have basic needs for love and survival. We are really not that different from one another. I wish people would simply forget the rest and remember that ultimately, we all just want to be loved and live our best lives possible, regardless of our individual differences and life views.

Chen’s Ya Albi is an academy qualified short that moves one into questioning the present happenings around the world. With a stellar cast and a compelling narrative, the film is sure to stay in the minds of its viewers. We wish Chen all the best and look forward to many more of her unique, nuanced storytelling.