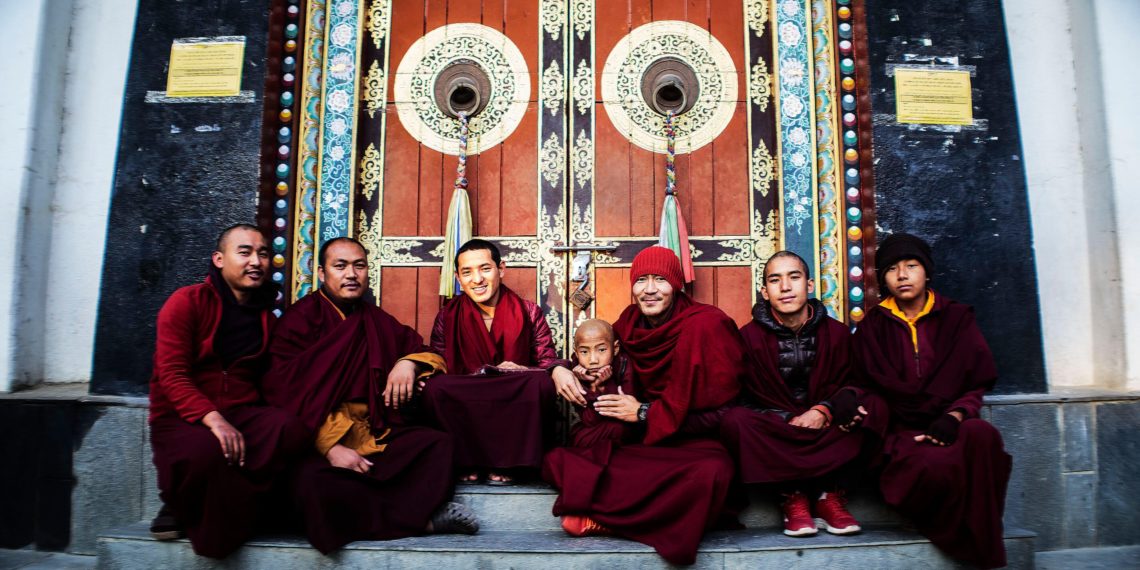 Before reading this interview, we recommend that you watch the film and read our review of Spirit here.

‘Spirit’ is based on a poem written by Dillon M. Banda himself. It is perhaps one of the only short films to have done justice to Nepal’s mystical landscape.

‘Spirit’ evokes a sense of mysticism, compelling you to introspect and reflect. The awe-inspiring visuals, the narration and the deep-rooted message elucidated make ‘Spirit’ a must watch.

Indie Shorts Mag reached out to the writer-director-cinematographer all rolled-into-one of ‘Spirit’, none other than the talented Mr Dillon M. Banda himself, hoping to have some of his mystical learnings rub onto us…

Indie Shorts Mag(ISM) – The poem was deeply meaningful. Please share with us; what was your source of inspiration for it?

Dillon M. Banda(DM) – I wrote the poem around November 2016, about a month before the trip to Nepal. 2016 was, for me, a year defined by the death of my mother – she had passed away in February after only just being diagnosed with breast cancer. The suddenness of her diagnosis and eventual death was a huge shock, and I found myself cast under a dark cloud for a long time after. I think the poem was perhaps borne out of my trying to make sense of the darkness, trying to find my way through it.

ISM – Mary Duong made for a compelling narrator. Any reasons for selecting Mary Duong for it & why did you choose a voice-over narration as opposed to having characters do it?

DM – I always felt that the voiceover should be from a third person perspective. With ‘Spirit’, I’m not trying to lead the audience anywhere or teach them a lesson, I’m only asking them to observe; and so, I felt like the voiceover too had to be observational. I actually met up with Mary hoping to cast her for another project, a narrative short film which we eventually, unfortunately, didn’t get to make together. I met her a couple months after shooting ‘Spirit’ at a point when I wasn’t exactly sure what tone I wanted for the narration, but as soon as I heard her voice I knew that she’d be perfect for it.

ISM – Nepal is undeniably beautiful. What were your reasons for choosing the specific locations for filming?

DM – With ‘Spirit’ I was always interested in primarily exploring Nepal’s spiritual dimension, and so that played the biggest part in which locations we chose to visit. All the locations and arrangements with local contacts etc. were made and decided prior to the trip.

Rather than serve up a traditional narrative, my intention with ‘Spirit’ was always to be like a fly on the wall; to slip into the cracks, be in the margins and allow the environment to guide me. 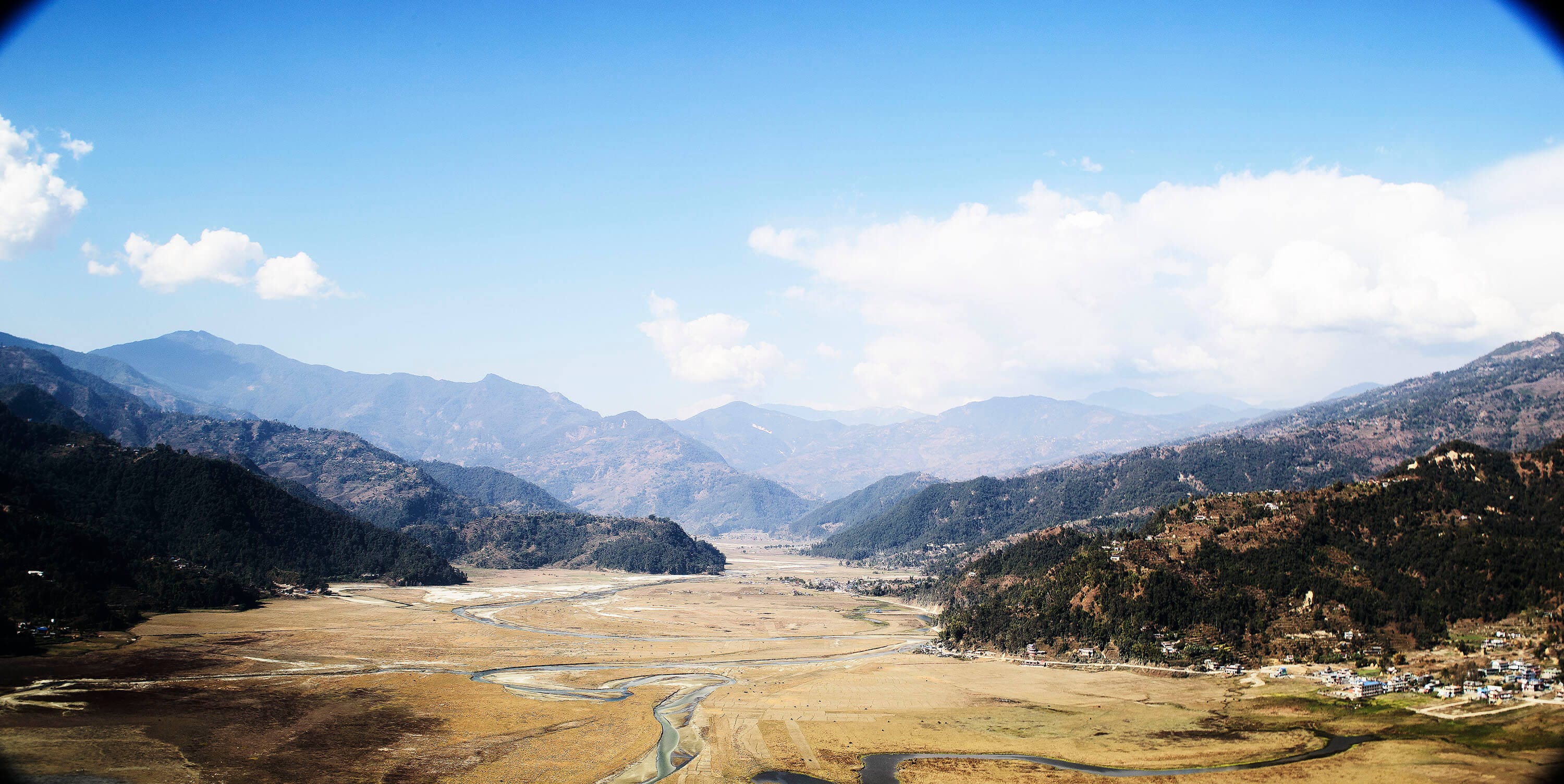 ISM – You turned your locations and its everyday people into characters – what prompted you to experiment in this unconventional fashion rather than choose the traditional method of storytelling?

DM – Rather than serve up a traditional narrative, my intention with ‘Spirit’ was always to be like a fly on the wall; to slip into the cracks, be in the margins and allow the environment to guide me. My general inclination is towards structured narratives, but in this instance, I was more interested in learning and being an observer than in necessarily manipulating the environment.

DM – Thankfully, the nuns and monks could not have been more welcoming. If I ever needed help with anything they were more than obliging, and for most of the time they acted like I wasn’t even there! In fact, they didn’t really acknowledge the camera at all. The most challenging environment was probably Nagi Gompa – a completely isolated nunnery on a mountainside high above the Kathmandu valley – because the youngest nuns weren’t used to seeing men in general, let alone men of colour such as myself. So, for the first day they were incredibly shy and very conscious of my presence. But thankfully that was all gone by the 2nd day, and they kind of just got used to me being around.

ISM – Poetry in itself is considered very fluid, open to thousands of interpretations. To make a film based on one couldn’t have been easy! Please tell us, what were the particular challenges you faced with this one?

DM– I think the biggest challenge was in matching the images I’d shot with the words in the poem. Even while shooting, because of the organic nature of the process I found myself having to occasionally think back to the words almost as an anchor. Although having said that, I never really allowed the words to necessarily limit what I shot. The challenge of matching words and images presented itself more obviously during post-production, which is maybe one of the reasons the film took so long to complete. When I speak of matching words with images, I mean that more in an emotional sense than a literal sense. The feeling, the emotional relationship between the 2 had to be right, it had to feel honest. 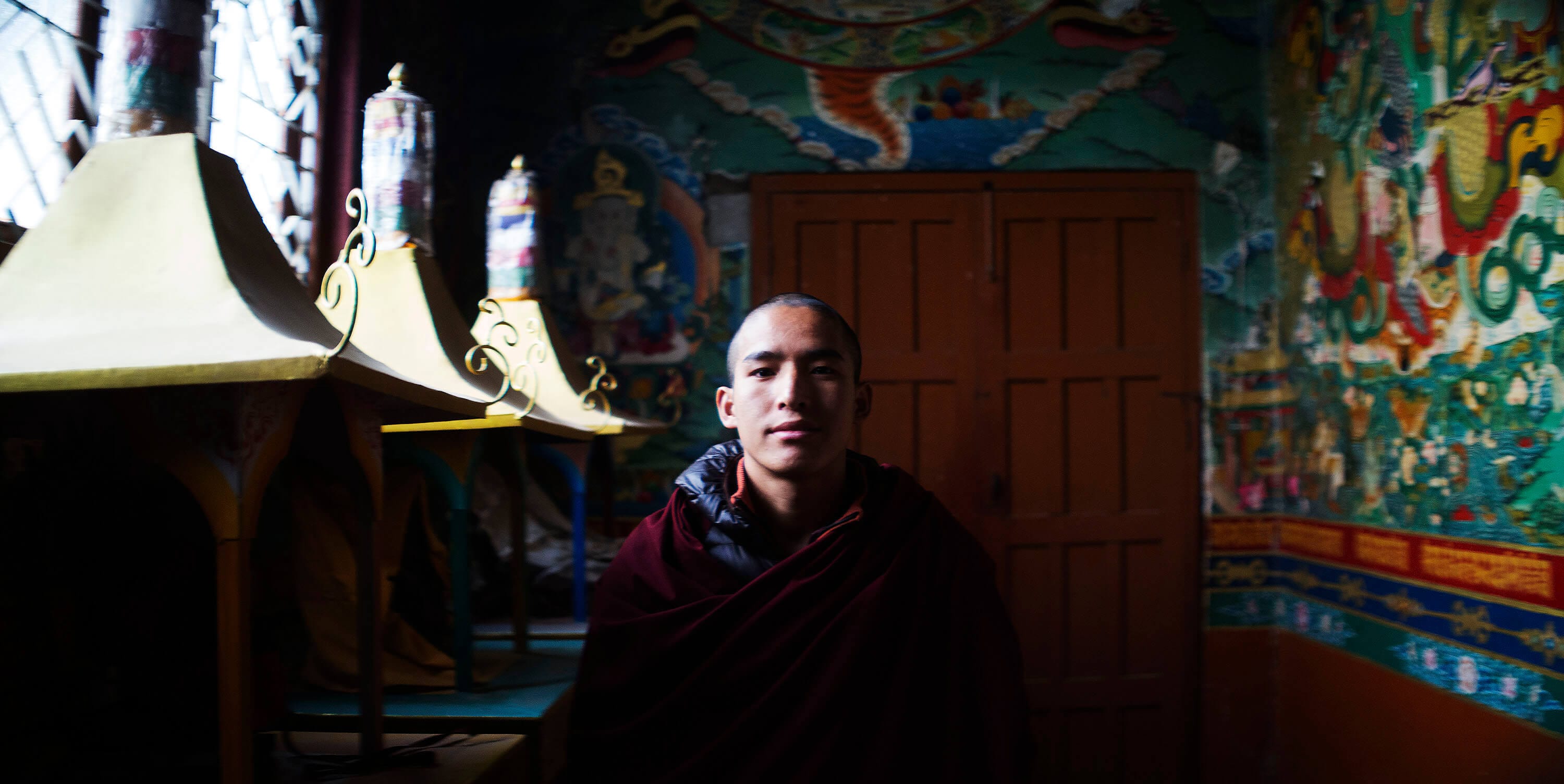 ISM -‘Spirit’ carries a universal appeal as it addresses questions and offers brief nuggets to the realm of spirituality and mysticism. What are your personal thoughts on spirituality?

DM – I’m still trying to decide whether or not I am a spiritual person. I definitely believe that there’s more to us than just flesh, bone and neurons, but I’m really just in the dark like everyone else, searching for the light. Let me say that I am very open to whatever the truth turns out to be, the truth of where we come from before this life and where we end up after it (if anywhere at all). I am a naturally inquisitive person and so I respect people’s spiritual journeys and maintain an open curiosity about what theories already exist with regards to our spiritual selves.

ISM -At a time when religion, politics and spirituality have all formed a sordid muck, how relevant do you think it is for the people to understand, appreciate and accept the difference between these three?

DM – I am personally not religious at all, but I respect the role that religion plays in people’s lives – my late mother was a deeply devout Christian, and so the impact and relevance of religion in her life was very visible to me. And especially after she died, it became apparent to me just how much the church had become like a 2nd family to her. I flew home the day after her death to find that hundreds of people had shown up at the house to pay their respects and celebrate her life. There was weeping and sorrow, but also singing and dancing, a full spectrum of human emotion. To see all those people there honouring and celebrating my mother was truly one of the most humbling experiences of my life. So, I do respect religion in so far as it gives people a sense of community and belonging – there are so many people in the world who desperately need that. But beyond that, the divisive role that organised religion has played throughout human history is well documented, and I would encourage anyone either involved or wanting to be involved in it to look carefully and objectively at its place in documented history, educate themselves on its realities, and be honest with themselves about its true nature.

As a creator, there are few things more gratifying than seeing one’s work resonate with an audience.

ISM – ‘Spirit’, much like its poem would have undoubtedly churned several thoughts in its viewers. What were your hopes for ‘Spirit’? What message did you want to leave behind for your audience?

DM – I actually had no specific intention for the film. It was something quite personal, also in the sense that it marks a kind of watershed moment for me creatively and stylistically – the kind of stuff I’ve been making since ‘Spirit’ is quite different from what I was making before it. So, I was really just happy to let it out into the world and see how people respond. I will say that I’m so very happy with how well it’s been received. As a creator, there are few things more gratifying than seeing one’s work resonate with an audience. 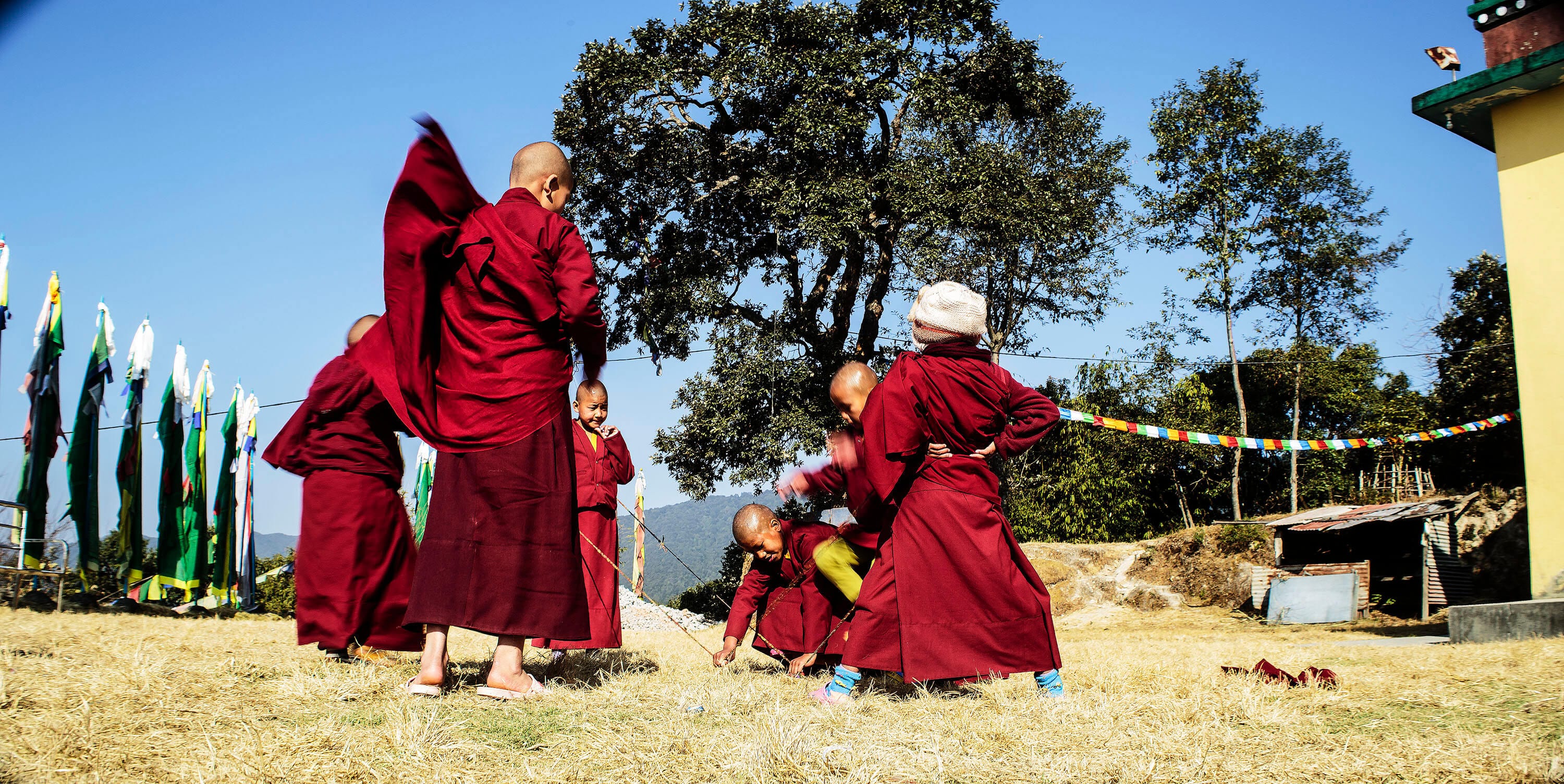 ISM -Who has been your inspiration into filmmaking? Someone whose work not only inspired you but also challenged you to strive even harder?

DM – Wow, there are so many! Amongst the older, more established filmmakers I’d say that Terrence Malick is the one whose style has so far most heavily influenced my own creative direction. As far as pure inspiration, I really could go on and on. Andrea Arnold, Denis Villeneuve, Christopher Nolan, the late Anthony Minghella, Spike Jonze, Steve McQueen, Sofia Coppola, the great Stanley Kubrick… I really could go on! Amongst the younger generation, there are so many amazing young filmmakers working in short form right now – commercials, music videos, short films, art films – who are a constant source of inspiration. Just off the top of my head I’d say Kahlil Joseph, Miles Jay, Maceo Frost, Jonas Lindstroem, David M. Helman, Karim Huu Do, Christopher Hewitt… that’s just off the top of my head.I have also lately been heavily influenced and inspired by photography, especially a lot of younger, emerging photographers. When it comes to photography there really are too many to name here.

ISM -If you could share with our readers, what your tentative future projects are?

DM – I am currently in post-production on 3 short films which I’m hoping will be out this year – 2 short documentaries and 1 narrative fictional short. The first to come out will be a short documentary about the artist Richard Streitmatter-Tran, which’ll hopefully be out in September or October. Aside from those 3, I’m working my way towards making my first feature film, and developing a couple more shorts as well. I’m also eager to shoot a few commercial projects, when and where possible.

Indie Shorts Mag would like to thank you for granting us this opportunity to have a glimpse into your world and wishes you all the very best for all of your upcoming projects and hopes you would leave us enthralled with your work just as ‘Spirit’ did!

Read our review of Spirit and watch the full film here.