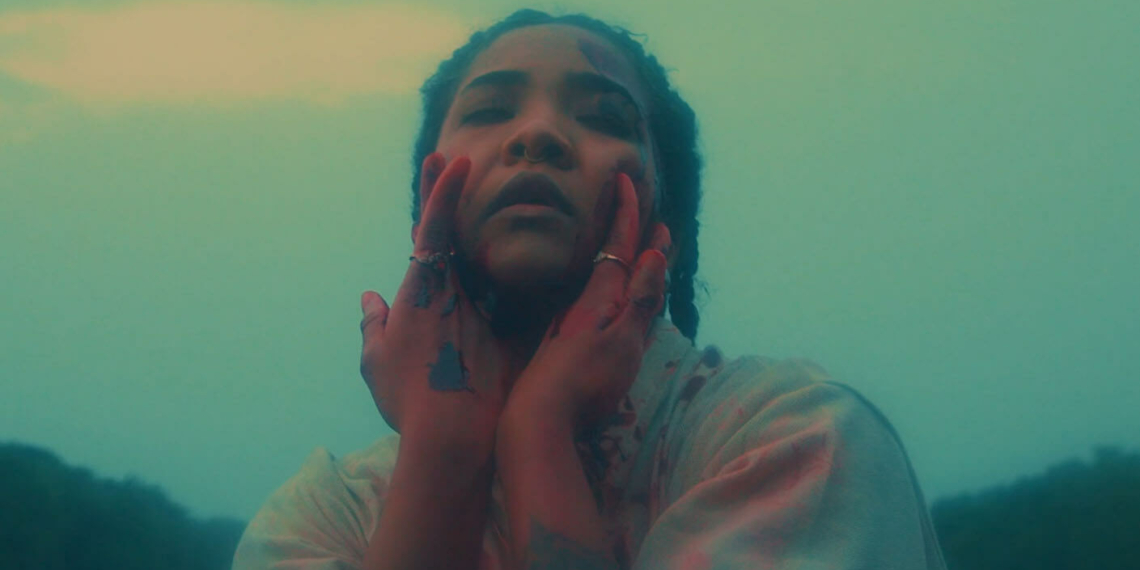 Ricardo Bouyett’s 40-minute Even Saints Bleed exists strongly in the psychological realm, with its protagonist leaning into her trauma so as to be able to produce a finished manuscript. With two other characters occupying the world of the film, the protagonist’s story becomes a tussle between the other two as she tries to decide the safer person to cling to.

The drama plays out at Alma’s (Sar Cohen) cabin in the woods, where she has come for the weekend to write. Kia (Nikki Harris) is staying at an adjacent cabin, working on her art. They become fast friends and collaborators, though Alma’s eagerness is more visible.

The opening scene is violent, but of an intangible kind, as though out of a nightmare rather than concrete reality. Kia is waist-deep in the lake as Alma stumbles towards her, both of them covered in blood. By asking Kia what she should do now, the film begins developing a notion of Alma’s sense of agency, as well as the power dynamics she forms with people.

Soon, Fernando (Felix Alexander) shows up: Alma’s boyfriend, who is quick to anger, quick to dismiss her work and her friend, and quick to resort to violence and intimidation. His tension with Kia, as a potential intervenor and witness, flares up just as quickly and intensely.

Time, though it appears otherwise for most of the film, is nonlinear and running in loops. Combined with the diffused quality of the image, the film maintains a dreamlike quality. Though events are happening with all the immediacy of the here and now, there is still a delicateness to it, as if thinking or looking too hard will vaporise the whole thing. One particular image stands out: a burning bouquet suspended in midair. It looks utterly surrealist but is painstakingly constructed within the diegesis by Kia.

Thus why the narrative keeps returning to Alma, as she tries to not only untangle herself from her dangerous circumstances, but also to untangle reality from daydreams. Daydreams which are simultaneously an escape and a self-constructed prison in service of her manuscript.