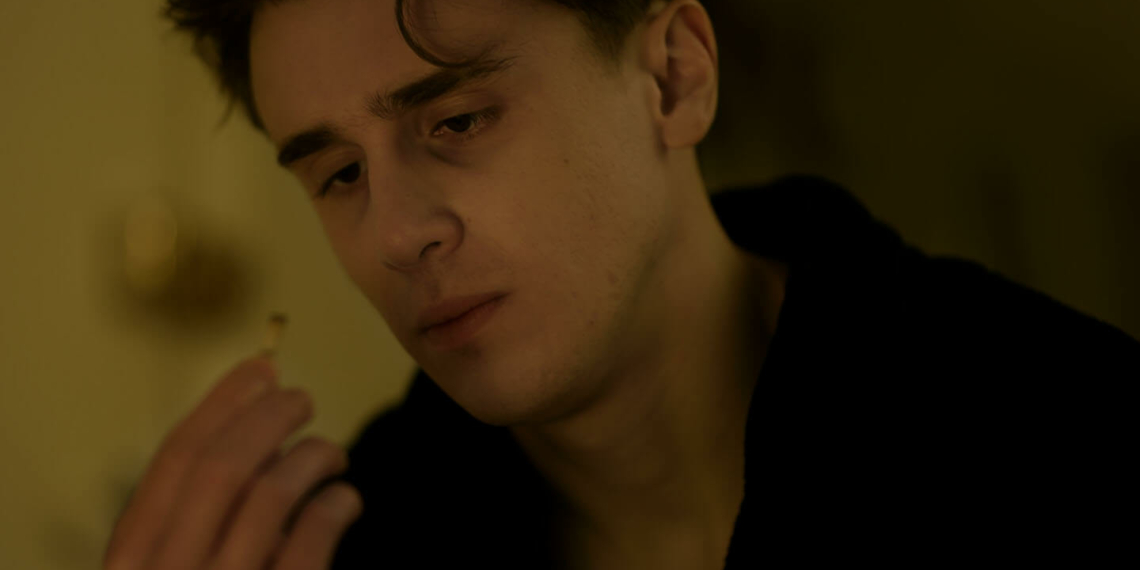 Michael Richard Houghton’s The Burglary is a trip into the psychological realm of the mind. Confined within a cramped apartment, the Lynchian film explores a specific claustrophobia through the story of a man reacting to a burglary.

Played by Tom Rainn, Seth K. (perhaps a reference to Kafka?) walks into his apartment, practically sleepwalking. He does not lock the door. Later, waking up as though from a nightmare, he finds the door ajar and the place robbed. This initiates encounters with strange people which push him further into a disturbed state of mind, seeming to affect his physical reality. His strange roommate who looks like he only ever has sex and resentment on his mind, Joel (James Coutsavlis), does not seem as bothered about being robbed as he does about Seth’s habit of leaving the door unlocked.

Seth’s uncertainty over whether he left the door unlocked becomes a persistent question, more important than the fact of the burglary itself. The repeated circling back to his uncertainty points to a certain mindless monotony which dissolves temporal markers with which to identify or distinguish one thing from another. And thus the film reveals its COVID lockdown roots. Shadowy halls, walls that crowd in, warnings to stay inside and lock doors, nightmares, living as if in a trance; this is as much the film as it is the experience of living in lockdown.

When the police arrive, they are a strange pair. One fingers a knife with great interest, the other flirts with Joel, who flirts right back. Neither probes much into the robbery. Seth, as the only one concerned with it, looks on with agitation. He is pushed to the periphery of irrelevance in his own apartment by his roommate and powerful strangers. This irrelevance is the better of two options, the other being blame for leaving the door open. With three against him in the cramped apartment, blame begins to look a lot like threat.

The apartment building itself assumes a foreboding quality; a machine or an animal. No neighbours are seen, strange noises are heard, and the only comprehensive view of the building is a shot of the stairwell that does not lend itself to easy perception. The stairwell forms the tight opening shot. A figure is just barely visible as they run down, and yet it could not be the same Seth who enters the apartment with no energy in him. He becomes frantic after finding that the apartment has transformed itself into a trap. Telephones wires are torn off, windows open to solid brick walls, doors no longer unlock. If the running figure of the opening shot is Seth, it is this Seth, escaping an apartment that has turned on him.

The Burglary lays out a nightmarish landscape that probes things other than the apparent burglary. In the process, it shines the light on demons, awakened by interiors in the same way that mirrors do when you stare at them for too long.