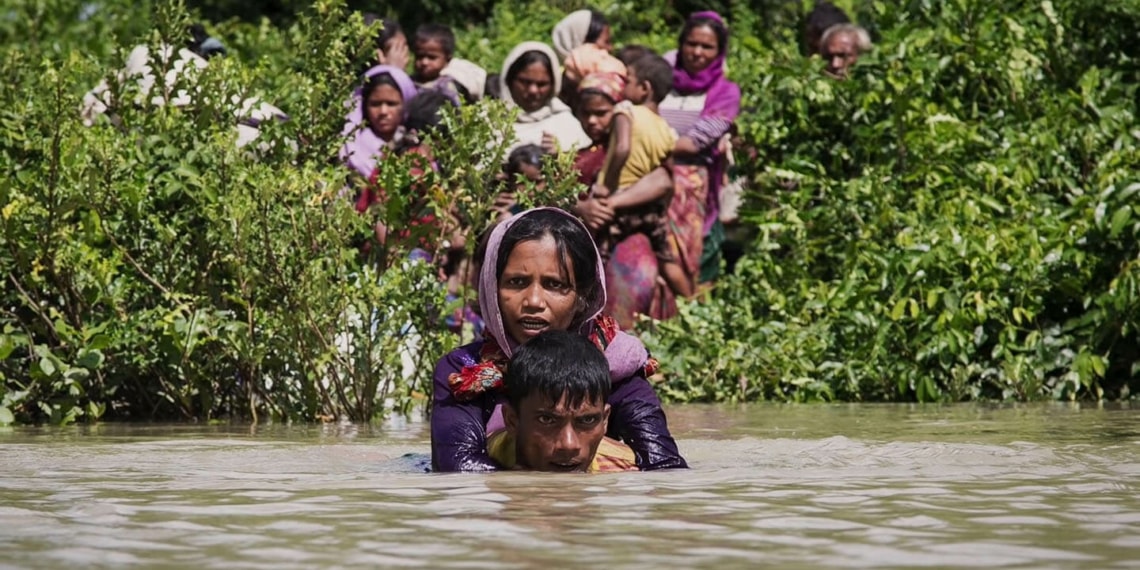 Renu Mehta’s expansive documentary on the politics of extreme wealth inequality, Disparity serves as a comprehensive resource for a beginner. Featuring interviews of Nobel laureates, scholars, activists, and billionaire philanthropists (as well as voiceover narration by Sir Ben Kingsley), the documentary explains the issues surrounding poverty and foreign aid; and while it dissects the issues and their direness, the interviews also help establish the existence of hope.

The issues that exist run the gamut from geopolitical interests to corruption to mismanagement, and the documentary (running to 106 minutes) takes the time to delve into each. It places particular emphasis on the political aspects to show just how extensively damaging it is.

Based on the Mehta/Mirrlees model (developed by Renu Mehta and Sir James Mirrlees) of aid distribution, the film is divided into multiple segments. Each segments has experts weighing in on the nitty gritty of foreign aid, dissecting the problems that have created its inefficiency and tarnished its understanding in the popular imagination.

The documentary is a long series of interviews, woven around each other to create coherent conversations on the subtopics within the larger debate of foreign aid. A large group of crew were involved in filming the footage which forms the backdrop for the complex labyrinth of human rights issues. And it is just that. As the film establishes, poverty is not merely an economic issue but a question of human rights. Aid then is a means to give power to those who have been deprived of it by those in power, which points to the perversion of using aid to further the interests of the powerful. Though the visuals are largely generic and lacking any real contribution to the discussion, a singular shot stands out in a moment of editing ingenuity. As an interviewee points out the obscenity of hoarding billions while the poorest of the world starve, shots of luxury cars are presented. The shots do not attempt to admire these symbols of wealth; indeed, there is a mundanity to their positions within the frame, if not an outright unflattering beastliness.

The statistics of poverty and human rights violations that the film presents are horrendous. 26 billionaire families hoard as much money as the bottom 3.6 billion people in the world, while 61% of the world’s population are either only partly free or not at all.

This is but only some of the problems. The Haiti rice riots, for instance, are used to illustrate how aid can go disastrously wrong when improperly effected. Mismanagement of funds is yet another problem besetting aid, while NGOs are often waylaid by corruption. The case of a free press is also relevant. A free press is linked to a healthy democracy which is linked to the upholding of human rights and therefore, lifting the unempowered out of poverty. Where there is rampant abuse of the press and threat to journalists’ safety, conflict and human rights’ violations is abundantly existent.

However, it is not entirely bleak. The film points out the fragility of the system. Oppressive as it is, it only works through the passivity and consent of the people, acquired through propaganda. The power of popular action can not only sway it, but completely disrupt it. This in turn requires the public to be informed, whether it is about the ways of the self-serving powerful, or about the mechanisms of aid. The interviewees unequivocally agree that aid has had positive impact, however limited that might currently be. The general opinion is that there is more than enough justified hope. Although the foreign aid budget is a paltry 0.7% of the global GDP (and which has been demonstrably misused), it has had tangible positive impact. There has been an increase in life expectancy, literacy, access to education, and a decrease in poverty through the application of foreign aid.

Proposed solutions to improve the quality of aid range from untying aid, to sincere empowerment of impoverished countries to create self-sustaining systems, to ensuring accountability in the delivery and distribution of aid.

Overall, Disparity seeks to create dialogue around poverty and the systems which enforce it. By shining a light on foreign aid, it demystifies its complexities, and resultantly, proves there is room for optimism.