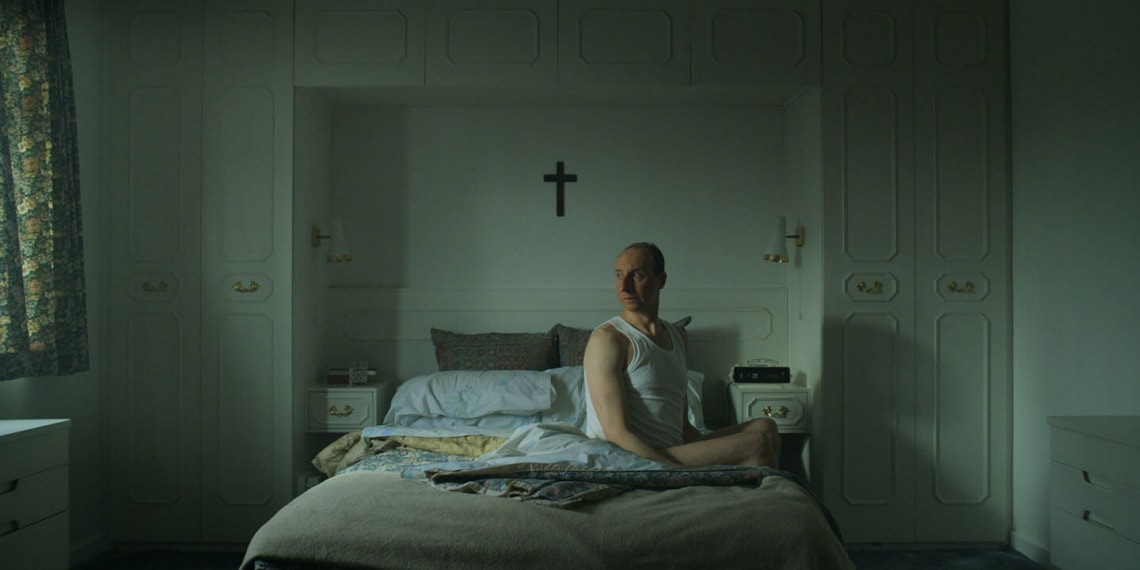 Guy Soulsby’s 10-minute horror A Sickness is a gratifying indulgence in atmospheric horror. Following a man going about his day at home, the film works to creep under your skin and have you looking over your shoulder at every pause and noise.

Indeed, the sound design cannot be ignored. It figures significantly in creating an atmosphere not of horror, but of suspense and apprehension. When the man (David Langham) is shown burning things out of a garbage bag, the sound of fire is jarring on your senses. The unnamed man is methodical to the letter. And each sound is amplified and emphasised. When he pulls aside the shower curtain, when he pushes away a cup, it is with decisive, measured gestures. The close-up shots are matched with sound, creating the feeling of everything being uncomfortably close. So much so that one cannot help but be reminded of being in a jungle.

Words are sparingly used. The viewer knows nothing about the man’s identity. A cleverly placed crucifix does tell us that he is religious, which goes very well with his severe persona, and which becomes crucial to the plot as it develops. Other details are revealed. Someone has gone missing. The man works with blood and teeth and hair. But it is not his actual job; he needs to refer to a book and frequently make notes. There is almost never any daylight in the house, even when it might be midday outside. The blinds are always drawn, doors always locked. Slow pans to inane incidents and objects play with the viewer’s expectations.

With the dark corners, the careful looking, the hypersensitivity to sound, the film really invokes a jungle-like atmosphere—thus awaiting hungry predators. The reveals come with the same suspense as the non-reveals. Which serves to shock the numbed expectations of the viewer into horror proper. There are no jump scares. Events progress with the same anticipated inevitability as water boiling over.

A Sickness knows how to set up and pay off narrative elements, all while playing with the viewer. Rather like a predator.