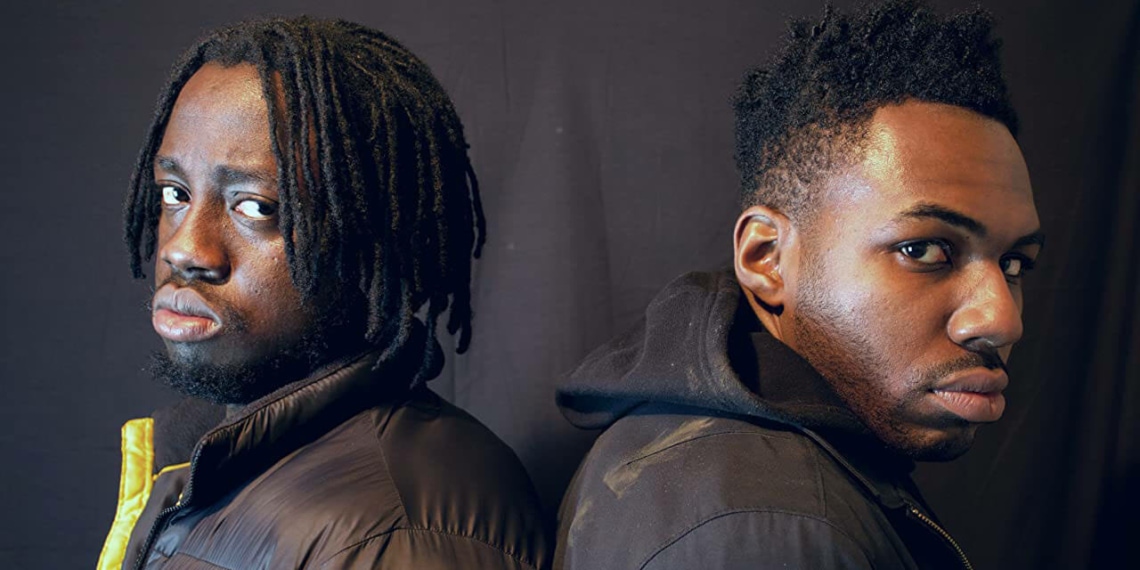 Created by Keith Diahn, Two-Faced is a four part series following the aftermath of an accidental murder. Two childhood friends, one the perpetrator, now find themselves with the responsibility of disposing the body. The four episodes see the many twists and turns that threaten to ruin more than one life, and reveal just how things are not quite what they appear to be.

The pilot, directed by Nate Reynolds and co-written with Diahn, sets the stage for the rest of the series. A mystery thriller involving a murder by the main character, Jafari, the 8-minute episode keeps the focus on erasing the evidence while the obvious questions maintain a steady affront on him.

Diahn plays Jafari. The episode opens with the camera trained squarely on him, hunched over the body. Mere moments appear to have passed since the death has occurred. We do not see who the victim is, presented with just enough visual cues to know that there is one. Instead, the narrative cuts away to introduce a new source of tension, the second character in the episode, Marcus (Lee Arrick Datts). Marcus and Jafari clearly live together, though the episode does not offer up more details than that.

The situation escalates quickly and easily. Jafari, still wound up from what he has done, is ready to point a gun at Marcus when the latter refuses to help him with disposing of the body. Now left with no choice (one suspects some grain of loyalty is also at play), Marcus agrees to help. He functions as the audience surrogate as well.

More problems dog them, made worse by Marcus’ reluctance to help and anxiety over what they are doing. Handheld, shaky shots create a suffocating sense of apprehension. They come close to a disastrous turn of events when a white police officer (Jafari and Marcus are black) takes an interest as to why they have pulled up and appear to have some conflict ongoing. Though unnamed so far, it is clear that this man (Zed Kole) is going to assume a crucial position in the story waiting to unfold.

The next episode, also directed by Reynolds and co-written with Diahn, spends its first two minutes answering the pressing questions. Who and why. It is Lisa (Madison Hodges), his girlfriend that Jafari has accidentally killed during an argument over accusations of infidelity. Jafari recounts the incident to Marcus in flashbacks, strangely more preoccupied with who Lisa might have been talking to than that he has killed someone; his partner, of all people.

Jafari’s obsession with Lisa’s infidelity introduces the thread of this episode: her missing phone. His own concerns aside, the phone could easily provide damning evidence that puts Jafari, and by extension, Marcus, in jail. The latter continues to be in a precarious position. Jafari has pulled a gun on him twice in as many episodes, highlighting not just that the two are not actually a team, but that Jafari is a bomb waiting to explode into a catastrophe.

Lisa haunts Marcus’ dreams. Jafari haunts his waking hours. Indeed, to see Jafari nonchalantly eating the next morning reinforces the characterization that the narrative has been building. Caught between Lisa and the very real, very volatile Jafari, Marcus finds himself in a dangerous position which could lead to prison or being murdered. It also begins to solidify him as the moral compass of the story.

The police officer from episode one returns. Framed in extreme close-ups and confined to waiting in his car for an unspecified something to happen, the man appears to be as dangerous as Jafari, as ready to commit violence. The difference, of course, is that his violence (if it occurs) will be state sanctioned. Use of jump cuts drive home his impatience.

The 7-minute episode, which marks the end of the first half of the series, ends on a twist. A pair of feet are shown walking unsteadily. With two more episodes to wrap up the story, this signals the beginning of the end.

When episode three opens (directed by Reynolds and Charlotte Decker, and written by Reynolds and Diahn), it is on an extreme close up again. The twist from the previous episode has triggered new, more serious problems. The gun is now in Marcus’ hand. Jafari is on the other side of it. SPOILER ALERT. Skip ahead to the next paragraph to avoid a major spoiler, hovering your mouse over the blured text below will reveal the spoiler. Lisa has returned, very much not dead. With her return, more details about the incident are revealed and the “accidental death” starts to look a lot less accidental than what Jafari had narrated.

Meanwhile, the police officer’s plot thread continues in parallel. Pressing for a warrant, he is seen arguing on the phone. This time, the camera keeps its distance to a noticeable extent. The phone call ends in disappointment and frustration. The narrative is yet to reveal his aim, but the clues potentially point to Jafari and Marcus. The episode, four minutes long, sends the narrative barreling towards a climactic final episode.

A lot of action marks the finale, directed by Charlotte Decker (written by Reynolds and Diahn). The narrative of the police officer finally merges with that of Jafari, yet it does not follow audience expectations. There is also a marked difference in the camerawork: there is more distance between the camera and the subjects. The number of close-ups are brought down and used more sparingly.

As far as answers go, there are not enough. But the plot does give Jafari the answer he has sought the most: the person on Lisa’s phone. As for Marcus, he regains the control Jafari had seized from him and ushers in another twist to the story.

Overall, Two-Faced remains faithful to its title. Betrayals are to be found aplenty in the story. A tale of friendship and love, paralleled with duty, the series follows multiple characters at a fast pace which lets the viewer know them while still maintaining a measure of distance and ambiguity. Audience expectations are set up. Some are satisfied, some subverted, and some left entirely unanswered.