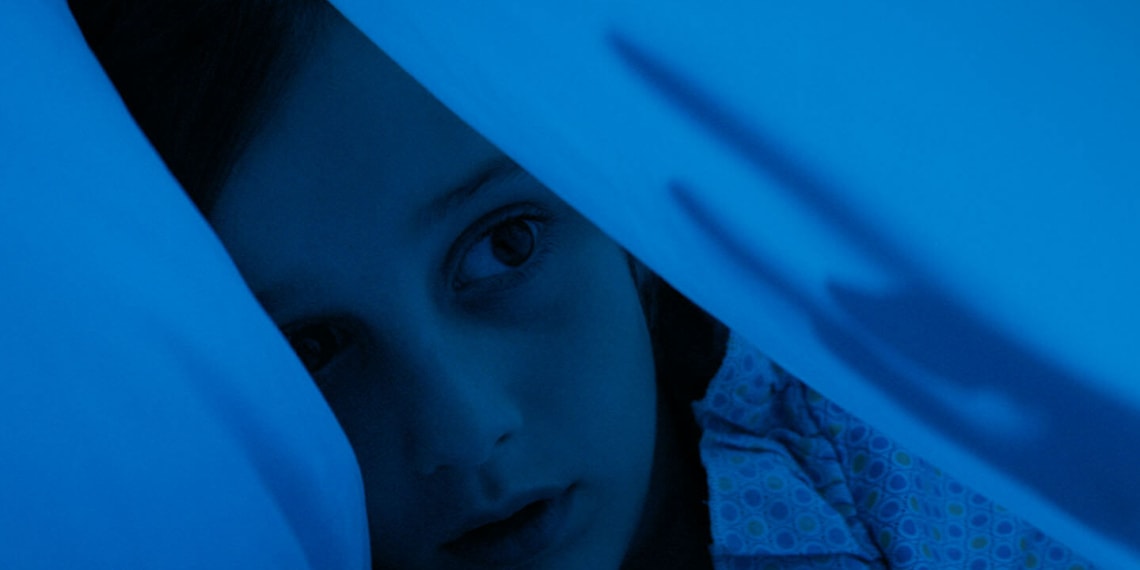 Joseph Covello’s 10-minute horror, He Comes At Night is bleak. At its centre is an 8-year-old girl, about to be burdened with the isolating discovery that there are in fact, such things as monsters.

Her parents have a strained marriage. Alexa, played by Georgia Rickerby, soothes herself by grooming her doll. Even then, slamming doors startle her. The tension she carries within herself is palpable. Her mother (Mallory Holmes), struggling with a failing marriage and raising a child on her own, acts out the usual paradox of being borderline indifferent to the minutiae of the needs of the child in question. As a result, Alexa appears to already be rather alone in her world.

The film, edited by Covello, paces itself well, utilising the time it has to establish Alexa’s emotional and mental space, and then using the threat of a monster (Nicholas Eddie) to not only pose a threat to her life (assuming that’s what monsters would be after), but also create metaphorical implications for the effects her home life is having on her, as well as (returning to the literal interpretation of the film) the challenge of eventually having to convince her family of the truth.

The fear that the film builds up is heavily reliant on its camerawork (DP Steven McDonnell). It does not pretend to be hung up on whether there is a threat; instead, the film makes it very clear: the monster is real. The question now is what it will do. And when. This renders Alexa’s fear infectious, and makes itself felt rather easily in the viewer.

Which is to say, horror fans will adore it. The explicit use of a malicious entity, combined with an atmosphere of well-developed fear and suspense as opposed to jump scares, which must have been a temptation to use, given the premise creates a film that delivers on the expectations that it sets up.