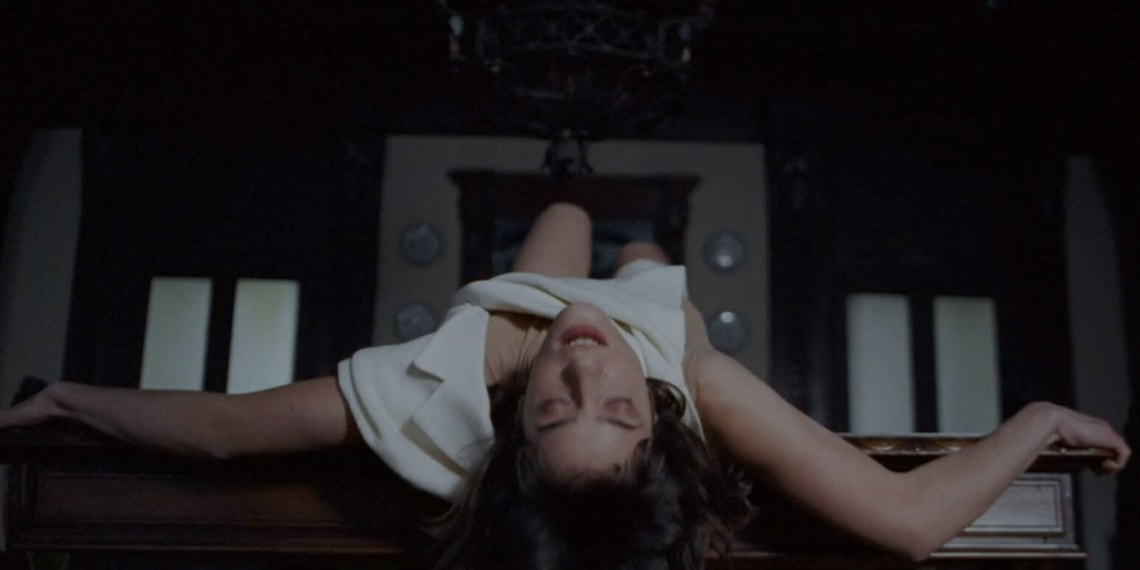 The music in its title sequence, and the framing of its opening shot serve as immediate evidence that the story that follows is going to be worth your time. Luca Spreafico’s 9-minute short Alex turns out to be a feast for the eyes.

Centred on the eponymous Alex (Silvia Bonavigo), the film opens in a therapist’s office (therapist played by Eugenia Caruso). Fourteen years ago, a blackout caused her to panic to a traumatizing degree. Alessandro Ubaldi’s cinematography helps in this regard, placing the viewer in Alex’s shoes, and understanding how and why a seemingly harmless event hurt her sense of safety and security so. In a quiet house, with dark and empty rooms surrounding her, the camera moving in and out of them, her fear becomes tangible.

Dogged now by that trauma and anxiety in general, Alex opts for EMDR (Eye Movement Desensitization And Reprocessing). The process gives the film an organic tempo, which it then uses to its great advantage, as it progresses to storytelling via dance. At each step of the story, right from its opening shot, it treats the viewer to exquisite camerawork and lighting, not to mention sumptuous sets (filmed in a villa in Italy), which it explores with fluid, gliding movement, following the similarly beautiful choreography of Alex’s dance. The film makes the unusual choice to keep an awkward realism about it, even while Bonavigo’s effortless grace carries the story forward. It pays off. The result is an enchanting blend of surreal theatricality and the limits of reality. Like both transcending oneself and being uncomfortably bound to one’s body.

Alex makes the mix of therapy, catharsis, and dance feel both completely natural and a discovery. The question of destination becomes irrelevant as the film approaches climax. The focus, instead, is on the how, and indeed, how satisfying is the journey toward that end!