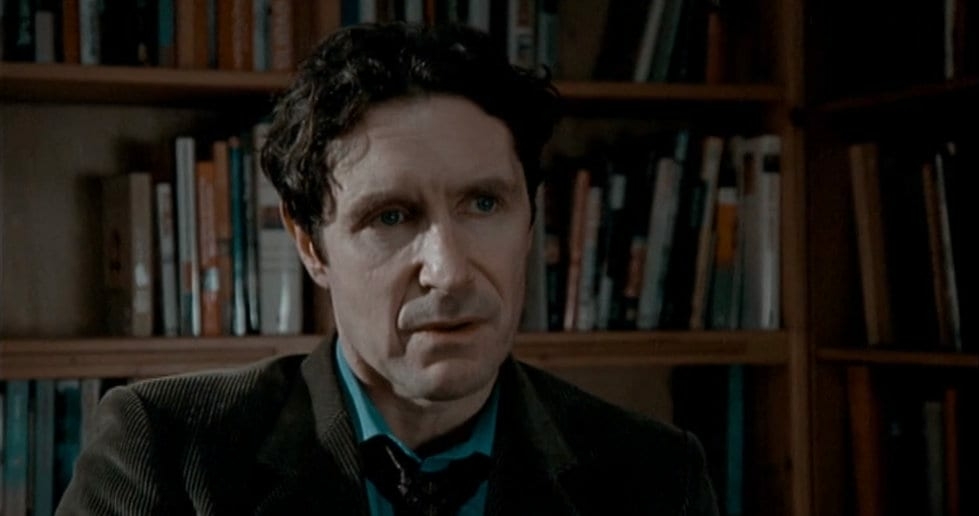 Produced by Alison Herrington, Tim Hewitt’s A Little Place Off The Edgware Road (ALPOTER) is a crime thriller based on a classic from the Graham Greene universe. Based on a short story written by him in 1939, ALPOTER delves deeper into the mystery behind its lead as in the parallel literary world one wonders about its protagonist.

From its very opening scene, DoP Luke Palmer ensures that you don’t miss the atmosphere it hosts for its characters; with the grainy texture and perfect balance between the handheld and follow shots, you become a part of the James Craven universe almost instantly. The very talented Paul McGann who plays him brings such rich and subtle nuance to his performance that it’s exalting. Our Craven is a writer. He is struggling with writer’s block and as he keeps staring at his laptop going back and forth over that one line that he has written, one wonders the price a writer pays to bring life to his characters. As Craven flips between windows and in pops an image, and at times a video of his now-dead wife and child, his writer’s block takes a vicious turn to form something even more sinister. Hewitt ensures that you constantly feel the entrapment as Craven does. The shots are uncomfortably close at times, almost as if teasing you to dare enter his mind.

His visits to his therapist (Owen Brenman) that form the better part of the story are simply spectacular for both; the writing and the acting. As Craven turns his back to both; the questions directed at him and the person directing them, the fluidity in terms of the lensing and dialogue exchange is perhaps one of the finest examples of filmmaking. As the counselling sessions begin to explore more of Craven’s state of mind, as an audience we begin to grow smug with the realisation of having figured out the character and it’s just then that Hewitt shows who truly is the master of storytelling here.

Thrilling and dramatic in equal measure, Craven begins to have nightmares of his wife and child. The scenes shot in the cemetery are brilliant (again, credits to the DoP Palmer) as they merge the dreams and nightmares, the longing and the despair. And, when a random disturbance outside his flat breaks his reverie, the descent is almost certain. Even the ongoing Hitchcock Festival at the local cinema that he visits regularly in hopes for an escape becomes the breeding ground for an experience that could easily put not only the police and his therapist but the audience too for a spin.

James Page whose editing is a marvel with all the narratives adopted in the film only makes ALPOTER more engaging. Add to that, Graeme Rawson’s music that is there so snugly fitting into the screenplay that it almost seems like a voice note left for the characters. Hewitt’s ALPOTER wouldn’t have been such a spectacular thrill, had it not been for the outstanding performances given by its entire cast, regardless of their screentime. If one has to choose between the technicalities, there are no winners here, only Greene whose original story gave the premise to ALPOTER for an equally electrifying narration of a writer whose mind is no longer his safe abode.

#ShortFilmReview: A Little Place off the Edgware Road: He couldn't tell the fantasy from the real. Click To Tweet

Watch A Little Place off the Edgware Road Short Film