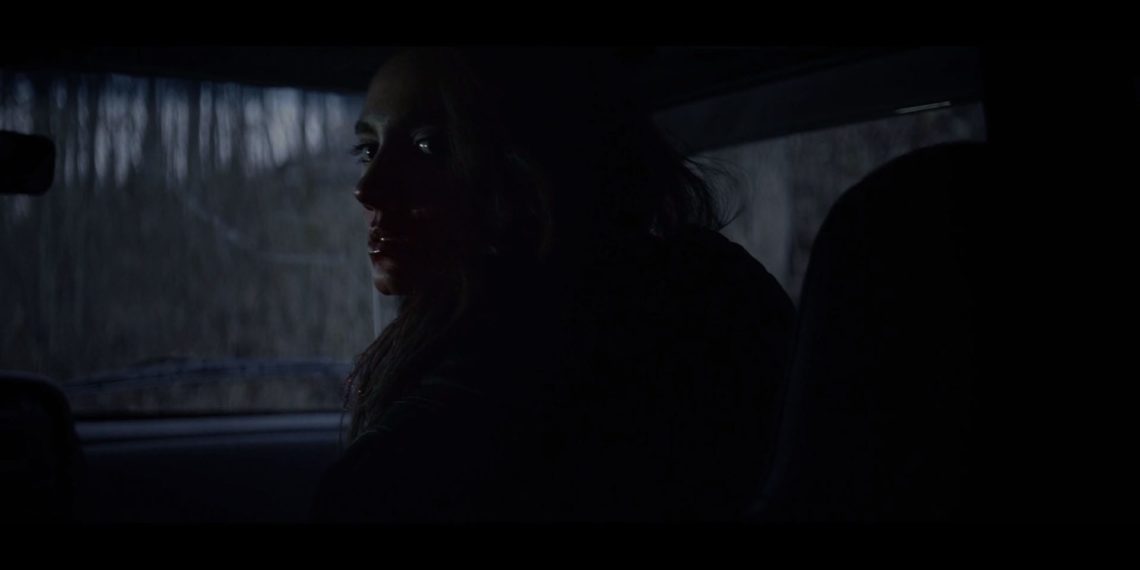 Ayuda. Spanish for help. Patrick Mason’s Ayuda, a neat little horror film, circles around people’s urge to help, sometimes at personal cost. Touching upon immigration issues as well, Mason structures Ayuda to be a set of new features on a conventional story and its telling.

David LaMorte and Caleb Vasquez co-star as Tomas and Leo, two poor day labourers on a new job. A large wooden box sits beside them in the car, driven by the man who hired them for the day. The box rattles and thuds occasionally, giving them reason for concern. Ironically, Leo is more concerned about what – or who – is inside than Tomas, who, as Leo points out, is a Catholic. Tomas tartly retorts, the Pope is not a poor day labourer. As they exchange grumbly quips, Tomas eventually gives in, agreeing to help Leo, though it is perhaps more to allay his suspicions than out of his own curiosity. That poor day labourers cannot afford to be curious is a well-woven subtext of the film.

DP Ian Reid shoots the film with uneasy, wide shots, letting fear be omnipresent and the characters be open to threat from all directions. Since A Quiet Place was released, the power of sound and silence has been firmly established, and yet it is Ayuda’s deliberate, unceasing “spooky” sounds that beats the experience lacklustre.

Vasquez’s Leo is written to be willful, the kind to take risks on impulse and instinct. Vasquez suits his character with a likeable irreverence. As a foil to him, LaMorte is more restrained and self-aware. He only and begrudgingly risks reprimands for the sake of a friend, and later risking his own life to help someone, entirely unsure if he will have his blood spurting in all directions for it.

What works for Ayuda is the troubling air it creates with writing and visualisation. Although it is ultimately conventional, its visualisation and the little changes in its story set it apart just enough to make the viewing experience linger a while.