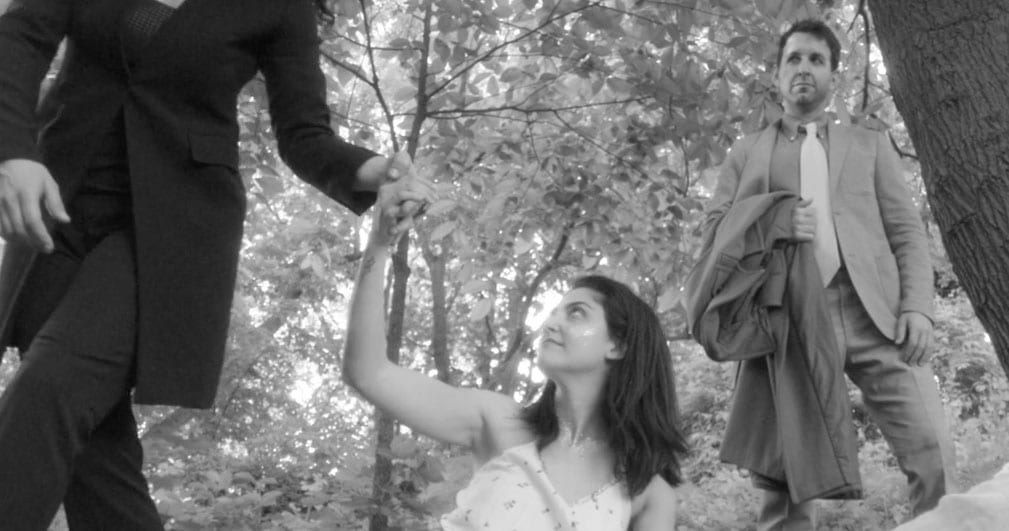 Besides the obvious similarity in titles, the film also borrows Romeo+Juliet’s stylistic devices: archaic dialogue in a contemporary setting, while also echoing the look and feel of an Italian Mafia.

Though the actors’ performances generally flow with the same flair as the film’s, they sometimes come off as rehearsed rather than spontaneous. Jennifer Plotzke as Satan, imbues just the right amount of diabolical, conspiring air to her character. Upon being expelled from Heaven (it is literally picturised as the fallen angels walking down stairs into what looks like an underground room), she begins immediately to plot revenge along with Beelzebub (Ari Rossen) and the other fallen angels. The mood created by composer Myuu’s score is of mistrust and unease, supporting the film’s main character: Satan and her agenda. The film closes satisfyingly well, its gothic visual appeal leaving the viewer both wanting to explore more and identifying with Satan’s satisfaction, if not partaking in it.

Laura Sweeney’s screenplay relies on archaic dialogue that emulates the original poem, letting the film snuggle comfortably in its main inspiration. The cinematography by Brian Morgan could have elevated the story if not for the shaky shots. Though he has successfully created the black and white film noir lighting which works to be a reminder of the classic period of the American film noir. Though the film stumbles ever so slightly, its idea is intriguing and impressive, one that warrants more character development for Satan.

To conclude, Kipp’s Lost + Found is a stylish, gothic retelling of the epic poem of Paradise Lost. While the poem ran in favour of Heaven, the film enjoys the labyrinthine ways of revenge and mischief.