‘Motorcycle Boy’ Shows You What Makes A Real Hero! 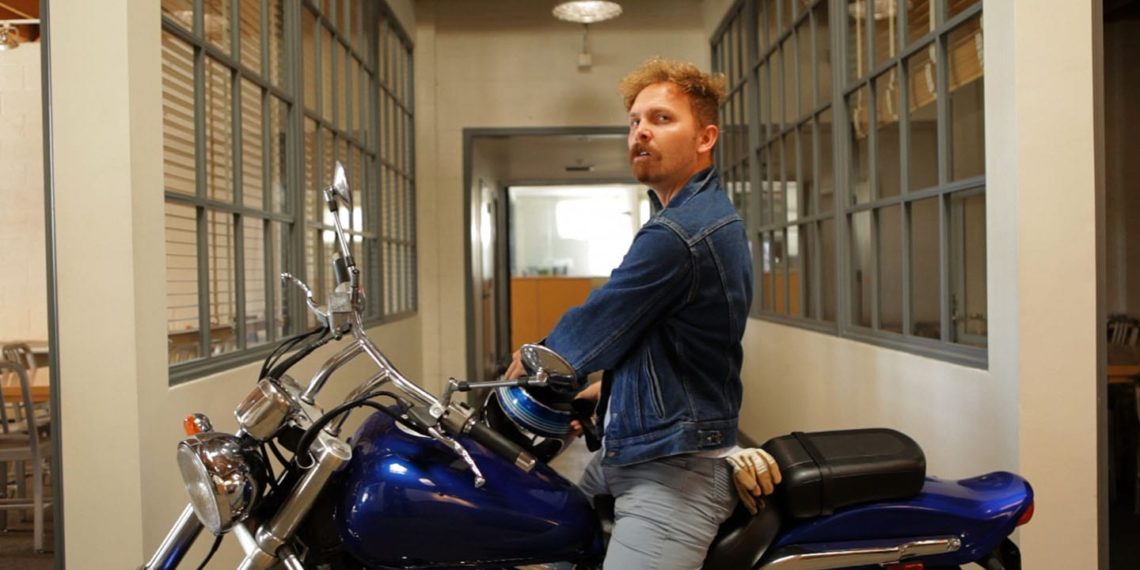 Joe Mitchell’s ‘Motorcycle Boy’ is a witty and ludicrously short film (2:30 minutes) portraying the fright and stress everyone feels during their high-school days. And, through the giggles and witty one-liners, it approaches a satisfying end, albeit too soon.

High school is a tricky time period. From seeking validation and alternating between different versions of oneself, each adolescent is on their own and yet together in the hormone spiked-to-its-highest-level world. From yearning to be looked up to, respected, and accepted among their peers, to standing up against life-long stereotypes, insults and humiliation, ‘Motorcycle Boy’ evokes memories of a high school drama! Amidst the anxiety and awkwardness and a lot of ridiculous comebacks spewed from both sides, the film agreeably is very funny, employing clever mockery. It also satirizes boot-licking, well, in its own way!

Though with a high entertainment value, the film doesn’t have much of a plot. For most of the time period, John Wyatt and Murphy Martin, both playing nerds, try to insult one another, and Jolene Kim plays the submissive, easily-impressed and scared nerd! In the last thirty seconds, however, ‘Motorcycle Boy’ Shawn Stoner comes in and ups the game, ending the film with the winner applauded for standing up to a bully and Kim scared for cheap fun, again.

With a tense piano as the only source of music, director Joe Mitchell decides not to specifically meddle with it and lets the dialogue gather the laughs. The verbal quarrel is edited very sharply, yet with smooth transitions and corridor shot is aptly used for revealing the true bad guy, maintaining the comicality.

Delivering a strong message that pretentious attitude is defeated by courage; ‘Motorcycle Boy’ celebrates the true hero and does so with witty situational comedy.

‘Hotline’ Is The Happy Discovery Of Two Awkward Souls, In One Another!

'A Soldier's Judgement' Is A Moving Recollection Of A Soldier From His Time At The Front...