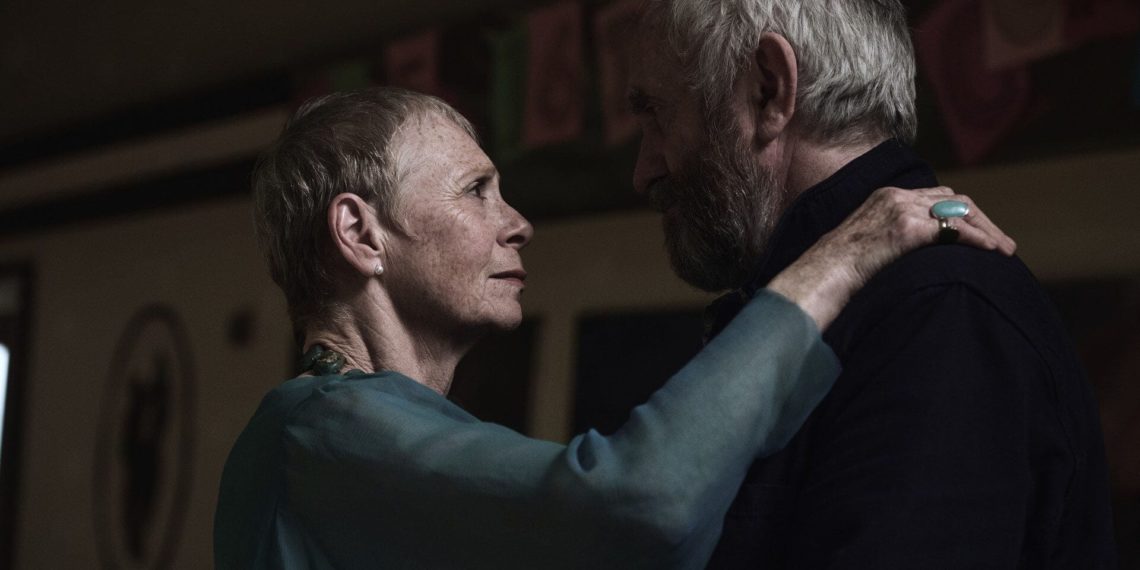 Director Luke Losey remarks that a quote by the late David Foster Wallace laid premise to the story: Every love story is a ghost story. Together with the writing skills of Glen Laker, he comes up with a unique plotline that touches upon the universal themes of love, loss and reconciliation. ‘One Last Dance’ is a 13:24 short film that carries powerhouse performances by Jonathan Pryce & Sara Kestelman and a story that is bound to tug at your heart, regardless of your age.

When he is invited to watch his grandson perform at the local dance competition, little does he know that that is going to be the doorway to rekindling his lost love! His days of reminiscing his lost love has only distanced him from the rest, coaxing him to form a world of his own… The aching loneliness that comes from losing your loved one is well captured not only on his face but gait too. As he accompanies his son and grandson, the three men paint a somber image of love, spanning across their generations. Each with his own definition and own interpretation.

Paul Hartnoll’s score adds color to the characters and their understated, conflicting thoughts, leaving enough room to accommodate silence that seems so pivotal to these characters. ‘One Last Dance’ comes across as a deliberate attempt from Losey’s end to make it as raw and unpretentious as possible. The underlying theme being so universal, the director does indeed bear the enormous responsibility of doing justice to the narration.

This is not your regular movie. This isn’t one of those you can enjoy while munching on your popcorn. This one is sensitive. It is soul touching. It is deep. It compels you to think and re-examine your life. It makes you wonder about life and all the people who make the journey worthwhile, and those whose absence makes life impossible to move on and how sometimes in the most ordinary happenings, from the most unexpected corners love can reach you and let you know of its existence.

‘Grand Scam’ Promises To Unearth It All…

‘Grand Scam’ Promises To Unearth It All...