by Editor's Desk
in Interviews
0 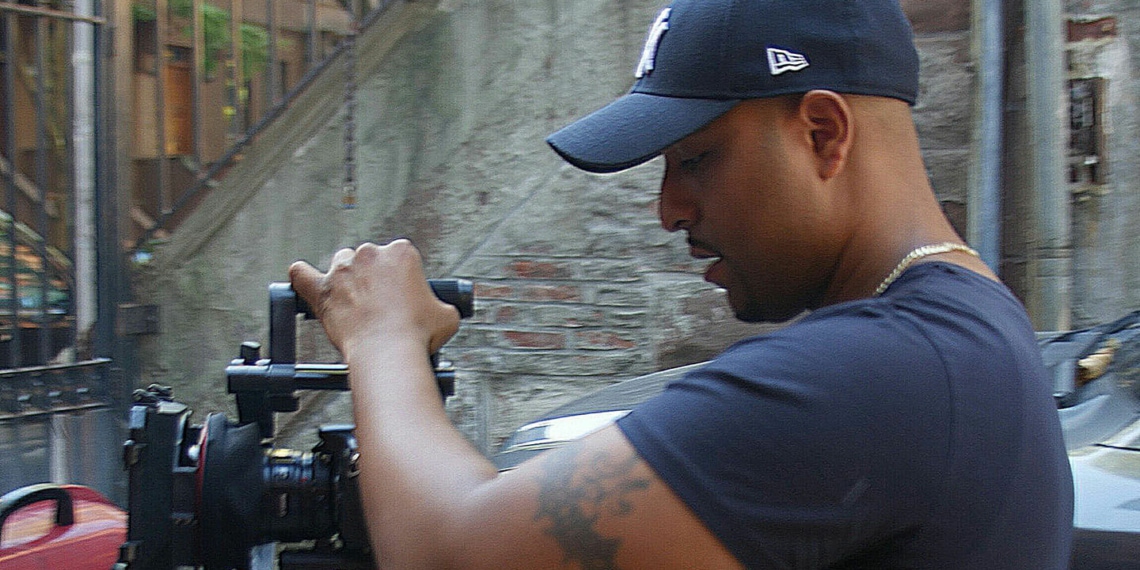 The Perfect Daughter takes our expectations–both daily and for the film–and constructs a macabre worst-case scenario. It might just leave you rethinking how safe you really are in many of the usual transactional situations.

Here we have its director, Elijah Rodriguez walking us through his approach to the film as well as filmmaking.

ISM: There is a consistent presence of horror and thrill in your work. What would you say is responsible for shaping these to be the running themes for you as a filmmaker?

Elijah Rodriguez: I’m just a huge fan of the psychological horror/thriller genre. I’ve worked in other genres before but I find horror to be the most intriguing as well as the most practical. The sky is the limit when it comes to horror but I think if you can effectively add a psychological aspect to the story the audience feels more engaged and will therefore appreciate the extra layer of complexity.

ISM: Your protagonists are often women. What drives this? In this regard, what is your writing process like, as far as ensuring authenticity goes?

Elijah Rodriguez: Yes, the protagonists in most of my work have often been women. I’m striving to incorporate more women into lead roles as a counter to the more traditional supporting roles women often find themselves in. However, I would like to take it a step further and not only cast women as protagonists but as antagonists as well. My short films The Houseguest and The Perfect Daughter both have female antagonists.

ISM: You have many feathers in your cap. How does being an actor impact your approach as a director and vice versa?

Elijah Rodriguez: Having acting experience enables me to communicate with actors using their language and lingo. I like to work with actors to interpret the character they’re portraying. I’m very open to improvisation as there have been many times when an actor has improvised lines to make the dialogue sound more natural all while retaining the key points of the plot. I believe flexibility is extremely important as great ideas are often conceived when everyone on set is involved.

ISM: How do you manage production budgets and time when both are limited? What is your method if things get delayed?

Elijah Rodriguez: Production budgets and time are taken into consideration as I’m writing the screenplay. I also storyboard most of the shots to be as efficient as possible once actual production begins. I try to keep my films as short as possible but at the same time not jeopardize the story’s integrity for the sake of run time. Most of my shorts are filmed in one day to cut down on budget as much as possible but I do have contingencies in place just in case we encounter any delays.

ISM: Coming to The Perfect Daughter, the discordant combination of the maternal with the monstrous (not to mention the sickly sweetness) through Annie is what makes the film so immediately unsettling. What inspired the creation of Annie?

Elijah Rodriguez: The inspiration behind The Perfect Daughter is partially based on real-life interactions between those searching for lodging/rentals and the hosts who offer their property for a fee. We normally think nothing of these transactions as daily occurrences with little to no trouble. But the fact is we truly never know who we are dealing with. Annie at first seems like an innocent woman who lives alone and is just renting her home to a young filmmaker; however, she quickly reveals her evil intentions. Annie represents the “normal” harmless host but as I said earlier, we never truly know who we are dealing with. I also wanted this movie to take place during the day because that’s when most people feel the safest.

ISM: The production design and colour palette create a very warm, cosy atmosphere, which is in direct contrast to the ugly secret hiding under the surface. This is also true for Annie herself. Were you consciously making these choices?

Elijah Rodriguez: Yes, we chose this warm colour palette because we wanted to recreate the safe environment that people encounter when they are visiting a potential place to lodge. The guys at Seashelves Productions added a haze effect to amplify the natural sunlight entering the house which gave it that ominous look. I also wanted to shoot a horror film during the day because that’s when your guard is at its lowest and you feel the safest. We applied the same principle to Annie’s character as well. No one expects to be ambushed by an unassuming woman who lives alone, in the middle of the day, right?

ISM: How did you collaborate with Isabelle Garbani, who plays Annie, to create the right portrayal of the character?

Elijah Rodriguez: Isabelle Garbani was the last person to audition for the role of Annie and she completely knocked it out of the park. I knew within the first few seconds after she started to read that I wanted to cast her. As I stated earlier, I’m open to character interpretation and Isabelle introduced a different spin on Annie than what I originally had planned. Not only is she an incredible actor but she is extremely pleasant to work with and a great spirit overall.

ISM: This is quite interesting. Since you mentioned Isabelle introduced a different spin on the character. What was your original take?

Elijah Rodriguez: Annie initially was suppose to be an older more austere kind of person if that makes sense. I thought if the host was an older woman then the audience would consider her to be completely harmless and unassuming. However, instead of the polite and formal character I had originally envisioned, Isabelle approached the character with a more friendly and informal tone. I realized this approach makes more sense as this is what a real life encounter would look like. The younger version of Annie also aligns with the modern day spinster theme as well.

ISM: The protagonist, Elena is a filmmaker on a budget who needs the house to shoot her next project. What inspired this specific premise?

Elijah Rodriguez: Elena’s character draws inspiration from the feature version of The Perfect Daughter that I have written. Without getting into the details of the feature version, I wanted to use a filmmaker on a budget because most filmmakers can relate to this. Not just filmmakers, but people in general usually look for deals that would help save them save a few bucks.

ISM: How do you help develop technical aspects that you may not be directly or actively working on, like the score or editing or even shot design?

Elijah Rodriguez: I’m familiar with most aspects of filmmaking. I myself have written, shot, edited, scored, etc, most of my short films as well as plenty of music videos. The experience I have helps me communicate effectively with each department but I’m always learning from everyone on set as well.

ISM: If you are comfortable discussing this, did the pandemic affect your projects?

Elijah Rodriguez: Safety is first and foremost. I made sure the sets followed state and/or federal guidelines while productions were taking place to ensure the safety of every team member. Luckily, the cast and crew I’ve worked with were true professionals and everyone always looked out for each other’s well-being.

Rodriguez’s play on the viewer’s sense of safety in The Perfect Daughter is an interesting, unsettling one. But his preoccupation with horror extends to the rest of his oeuvre as well, which you can find here. 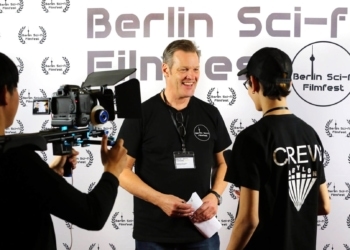