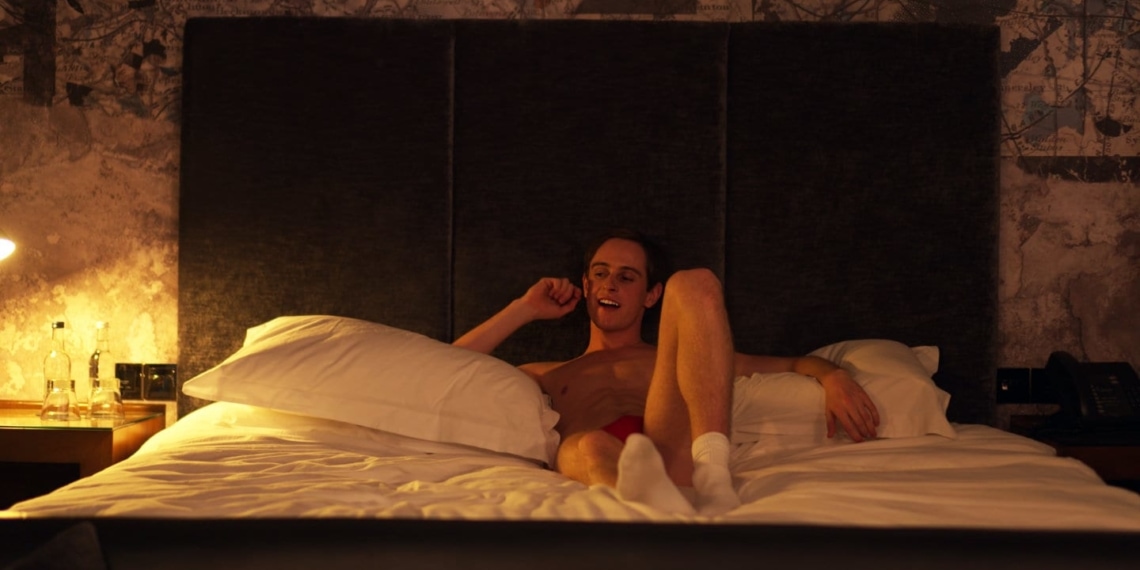 Not meant for the fainthearted, Redlight is unsettling, provocative, and dark. The descent into paranoia and abject fear is so palpable in Gage Oxley’s second short of the anthology series (A Series of Light) that by the time the lead actor Jake Watkins is done playing Callum, we want to protect him from himself.

Watkins walks us through the role that’s far too meaty to be lost on, too challenging to leave one unaffected and too impactful to not be spoken about.

Thank you! Well, first of all, you’re absolutely right, I am indeed, slightly obsessed with horror. It seems to be all that I have done so far. Maybe I just give off a horrifying vibe? (laughs) My parents were actually very worried with the number of horror films I used to watch as a child.

But, coming to your question; the thing that horrified me the most about Redlight is Callum’s irrational thinking. He really is so freaked out that he ends up making so many bad choices, that by the end you just want to shake him and tell him to calm down and think!

Personally I like to do as much research as possible to try and fully understand the character because I find that helps me discover how the character would react to certain things and situations.

As Callum is a male escort, I decided to watch a few documentaries on gay escorting, which I found to be really helpful. They aided me in understanding where he came from and also why he is doing what he chooses to do. For me, the backstory is extremely important. Your past shapes you as a person, so I think it’s so crucial to know your character’s past.

Therefore, I spent a lot of time writing down what I think Callum has been through in his life and how it shaped how he sees the world and himself.

When I first get a script, I read through it with a cuppa a few times to get a feel of the character. Then I start to find any information that is revealed in the script about the character. For example, their age, where they’re from, what they do; in short, things that amount to solid facts. That’s how I start to get a sense of the character’s personality. Details of how they respond to certain situations, for instance, are big eye-openers for me, as they tell me who this person really is.

Now that I have all of this information with me from the script, I use it to start working on my backstory. So, I glean quite a lot from the script in understanding my role better.

Personally, I’m a sucker for a good dialogue scene. I love being able to bounce off the other actor’s choices and to really be in the moment while filming for the scene. But with Redlight, for half of the episode, there is no dialogue, so I had to make sure to keep a monologue running in my head.

I have found that having a thought process when acting is important. So, I made sure I knew exactly what my character was thinking the whole time.

Yes, absolutely. I always like to have an inner monologue/thought process going on in my head. So for me, the presence or absence of a co-star doesn’t feel challenging or isolating at all. I keep my voice yapping in my head the whole time.

However, I will say though, that it adds a bit more pressure, with all eyes on you!

Aw, thank you so much. First of all, I’m really glad you enjoyed my acting!

So, in order to convey realistic and believable emotions, I usually focus on what’s at stake in the situation. So, in this one, in particular, the stakes are obviously extremely high, consecutively no wonder, Callum is expected to be all over the place.

Before going into such a scene, I usually like to sit back and put myself in that situation and think of how I would personally react. I have also found that physicality really helps, so, if I make my body shake and take shallow breaths, it really helps to get me into an emotional state, as exhausting as that is!

It definitely helps bring the story alive and make it feel more organic. But as for the character, I would say if I’ve done enough preparation, then I can sink into my character anywhere, the rest will remain only in the peripheral then.

To begin with, Dan was so amazing to work with, it was a real pleasure! We got on so well on the set, it was really fun.

For me, having a co-star does help play the part in the scene. I like having that energy around, it makes me naturally get into my act and it’s a real treat to have someone to bounce off your acting choices with.

But, I also do believe that if you are confident enough in your character, you can still make it work without having somebody to play opposite you. For example, a lot of the time when I have nobody to read in on a self-tape with me, I’ll do the scene anyway with my recorded voice saying the other lines. You can always find ways to make do!

All of the characters I have ever played stick with me. Always. But, I try not to get too emotionally attached.

But, with Redlight, there are so many possibilities as to what would have happened to Callum, that I cannot wait to explore them in season 2.

Indeed, Jake Watkins’s Callum is impossible to forget and we can’t wait to find out what he is up to in the second season ourselves! Redlight, the second episode of Amazon Prime’s A Series Of Light is now available for all to see.