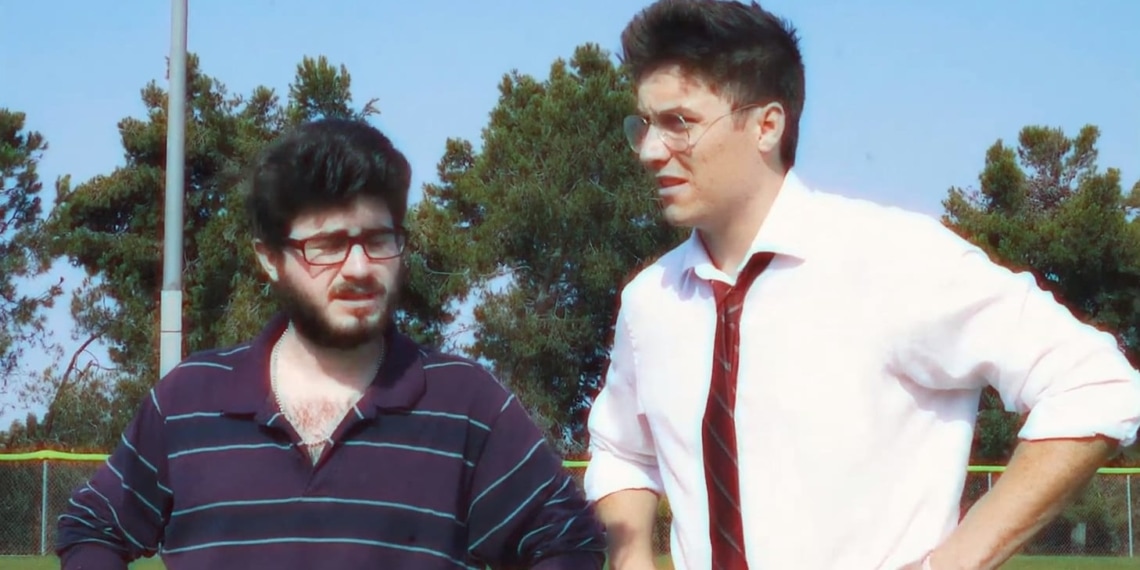 36:55-minute in duration, director Nick La Marca’s The Fat has plenty going for it. A wonderful cast, memorable music and a hilarious story for the screen. Written by La Marca, Jackson Shipman and Allan Weedman, the short is a playout of all things that can go wrong, but with a wicked sense of humour.

Marvin DeMize (Jackson Shipman) has a gig the following day. And as he wakes up, from what looks like might-have-been a raging party, we know it spells trouble. He quickly discovers that his trumpet, the star of the show is missing. For a film of its length, the establishing of the key elements so quickly must have been a pretty tricky move, considering how easily the audience interest vapourises these days. But, luckily for The Fat, its cast is near perfect. We have Shipman who plays the lead, who along with his brother Burt DeMize (Allan Weedman) are on the lookout for the prized possession, a gift the latter got, once owned by Miles Davis himself. If that alone doesn’t explain the significance of the trumpet then the rest of the narration certainly will.

La Marca chooses the nineties for the setting of his film. A wise move one would say considering the character arcs written and their backstories. With an openly credited reference to the sleeper Fight Club, and its subsequent cultural impact, The Fat borrows heavily from the nineties tropes. We have the invincible brother duo, detectives, henchmen and bodyguards, the loving, but dysfunctional family and the fight clubs, of course. Interestingly the cast also includes a woman in an otherwise male-dominated setup, playing an important role. Charlotte Forward who perhaps is the only woman to be cast in an important role as the ‘Ellen’ with the photographic memory; meets us within minutes of the film’s opening as the brothers approach her to help locate their stolen artefact.

What required serious thought into the filmmaking of The Fat, however, was the cinematography and editing which nearly marred the viewing experience with scenes that left a lot to be desired and certain others that didn’t even need to make past the edit table. But the characters are well written and not caricaturish or stereotypical – an appreciative feat considering the ensemble cast involved. As the bothers go about looking for their instrument, the background music stays in the loops used. With leitmotifs as catchy as this one incorporated, it is bound to ring in one’s head for long. They are used oftentimes not only to accompany the scene but in some cases, foretell it too; again, a wise move.

The Fat offers plenty of scope for improvisations as the screenplay seems to have left enough room for it between all the characters and their individual backstories. There is deadpan humour, surprisingly well-executed action scenes that don’t miss a beat and a general, ongoing witty repartee between the characters to keep one entertained. As the brothers continue their journey until they finally lay hands on the trumpet, the scale of hilarity reaches its peak, that is until one waits for the end credits – then its a laugh riot of another kind!

Jake Watkins On Why Background Research Of His Characters Matter, The Constant Monologue He Has And What's Horrifying Of Becoming Callum In Redlight