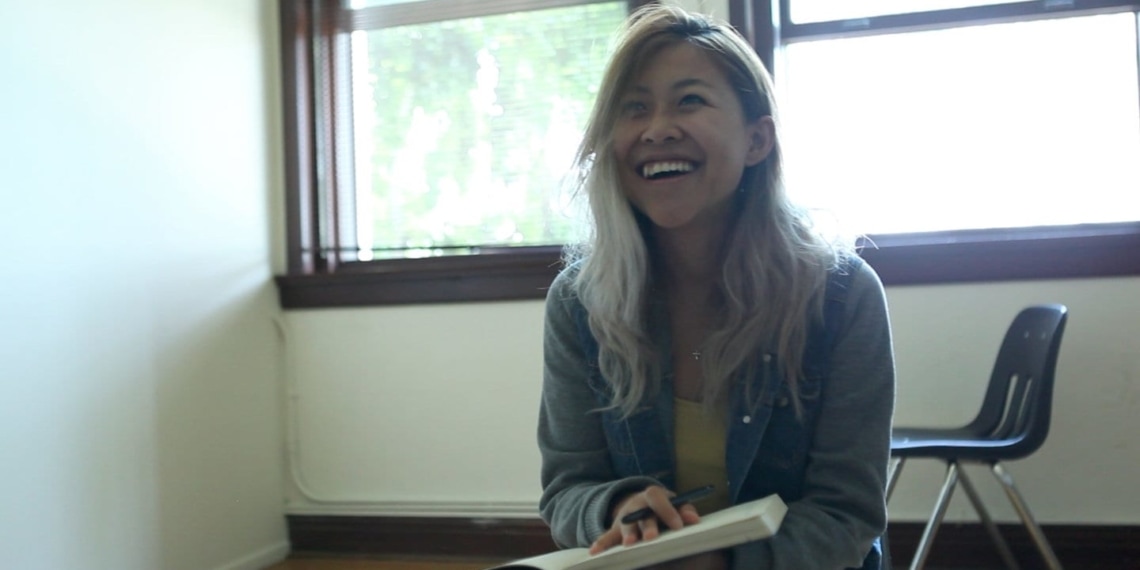 Recipient of the Best Director’s award at DC Asian Pacific American Film Festival, Tracy Shen’s recent Out Of Place is a masterstroke at pushing the boundaries of conventional storytelling. Opting for a dual narrative, the film deals with the complex issues of migrants’ lives, the inevitability of their isolation, and the society’s role in feeding off their desperation. Here, she explains to us her process, the challenges she faced, and hopes from her unique position as a Chinese writer-director based in Los Angeles.

It came from so many things. I was so eager, you know…? I was treating it like it was my last film. I wanted every dynamic that I found interesting to be in there. In hindsight, I probably should’ve just picked one or two. But I think the main idea is about a “love” story between people who are not together.

I think the biggest challenge was to find the film’s rhythm. I tried to anticipate repeated emotional beats in the script phase, but we still needed to make a lot of changes in the editing room. It’s still very mysterious. I would have to do it again and see.

I wanted to present two lower-middle-class immigrants who are struggling with normal life. Nothing too exciting. Nobody’s dying. No gunshots. Just living and trying to figure out what is missing. The visual balance probably comes from the fact that they are always in “dialogue” with each other.

I don’t want to get into the logistics of making the piano part. Hahaha, My mom’s a pianist and I don’t think she’s THAT satisfied. But I did my best. I do want to thank “Jenny and the Mexicats” and “Pehuenche.” I heard their music over the radio and I just wrote to them. I still can’t believe I have their songs in my film. They are such talented and supporting artists and I can’t be more grateful. People should hear them.

I think “not seeing” is a particular “visual” style that I’m interested in. I don’t really know why, but I love “cutting” people out. Maybe it’s to show a lack of connection somehow. That these “cut out people” are either present, but have no impact on our characters. Or that the “cut out people” are dreamed of and spoken to and even loved, but our characters have no way of getting close to them. We probably all have both versions of those people in our lives.

I’m trying to get more structured. At least a little bit. I usually write with instinct. I start with moments – shame, desire, guilt, jealousy – things that I’m excited about. Then I add scenes that can piece these moments together. And hopefully, that’s the story. I write fast and almost with no patience. But now I’m trying to be a little bit more disciplined. I’m waiting out a little bit to see if there’s something better if there’s something else.

I don’t know if “fitting in” is the right word, because I think the characters are already doomed. To fit in sort of needs this blissful ignorance. Like somebody who doesn’t know that they bought a nice dress or a suit to go to a party. That person will fit in, you know? And I think the characters I’m interested in are too aware, maybe on an unconscious level, that they have to change, to morph, to submit, or to rebel to become any of the definitions that are available. And I’m more and more interested in that. The discomfort of “being” anything.

Not really. Sometimes people get surprised that I’m Chinese because I speak somewhat ok English. Sometimes people question if I understand a basic concept because I’m from a different culture. Of course, I always correct them. But then sometimes people want to generalize or even admire what I’m thinking as some sort of mysterious wisdom from the East, then I just get really pissed off. Then there are other times when I get sad because people don’t think I’m Chinese enough… And I think I should feel enough for what I am.

The ultimate goal for me as a filmmaker is to make thoughtful and emotional films that my mom would want to watch. My mom’s an educated and sophisticated woman that loves life and I know I won’t get her to sit through some three-hour-length conceptual films about colors. That grounds me and I have to strip away a lot of stuff. The intellectual fluffs. I’m glad for it. I think the answer is probably always very simple.

It wasn’t easy. That’s why I made another one so quickly. And then another one… And then hopefully another one or two. I think work, at least the kind of work that I want to do now, is personal. I study my craft and I study myself and the people I love. It’s intimate and a bit scary, because there’s almost no distance. And the only thing I could do to not think too much is to start again.

Having been shortlisted at the GSA BAFTA Student Awards 2020, Peier Tracy Shen’s Out Of Place continues to garner appreciation globally, even as she moves on to newer projects. Indie Shorts Mag has only the best wishes to offer this spirited, feisty storyteller.