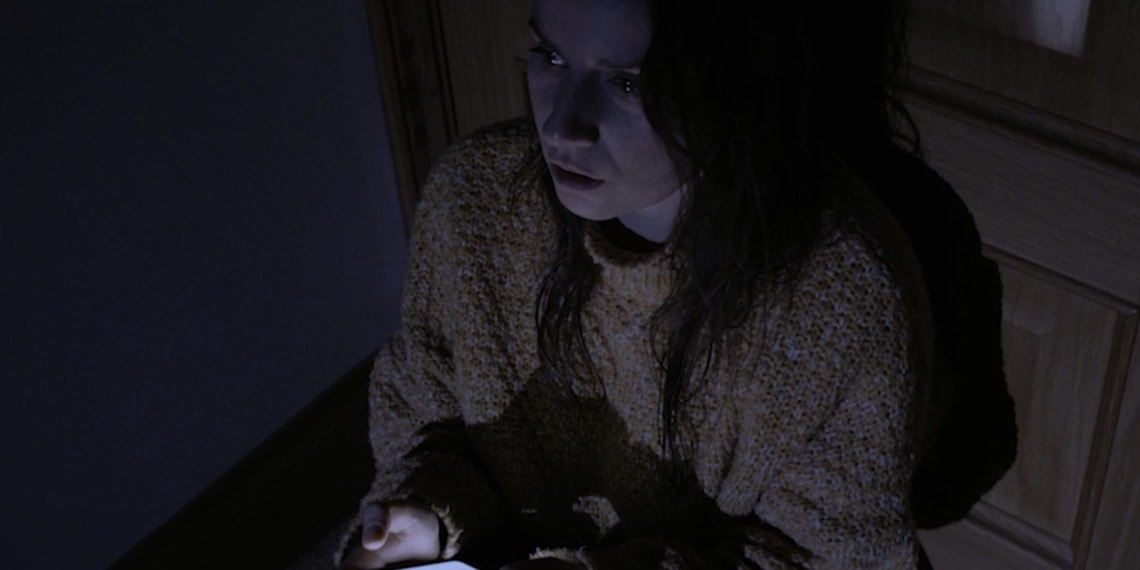 Based on an urban legend, Danny Gibbons and Alex Scott’s Last Dance relies heavily on its audience’s experience with horror films and the expectations that spring from that. Subverting expectations, although it lives in a certain infamy now, works for Last Dance because of its intelligent writing and intuitive grasp on what evokes fear for viewers.

That said, this experience has to be gleaned from a film that otherwise feels disjointed due to a style of editing that cuts too quickly and often to shots that do not complement the mood or its preceding shot. To counteract, the film’s use of music makes up for a lot of the choppiness, first evident in the film’s only moment which qualifies as a jump scare: a strange figure clad in black, barely more than a blur, at first sight, runs by the protagonist, Daisy, played by Shian Denovan.

The real kicker begins after she reaches home. Alone at home, Daisy takes a shower, giving the viewers two instances of canny filmmaking. When first she undresses, the camera moves away from her face, coming to rest at her feet, but across and from under the bed, a choice that is both practical and crafts a sense of creepiness, almost making the audience the monster under the bed. In the shower, the film wisely walks away from a cliched horror device, choosing to continue teasing the tension it has been building up.

Smiling Man (Philip Gyford), when we finally are face-to-face with him, is best described as a normal-sized Slender Man, and barely less terrifying. Its conclusion, like the rest of the film, respects its audience and steers clear of horror gimmicks, instead, stacking up the dread with a slow build, and fears that are relevant to real life.

With Last Dance, Gibbons and Scott heed Hitchcock’s advice instead of imitating him, creating another demonstration of the effectiveness of suspense over outright terror.