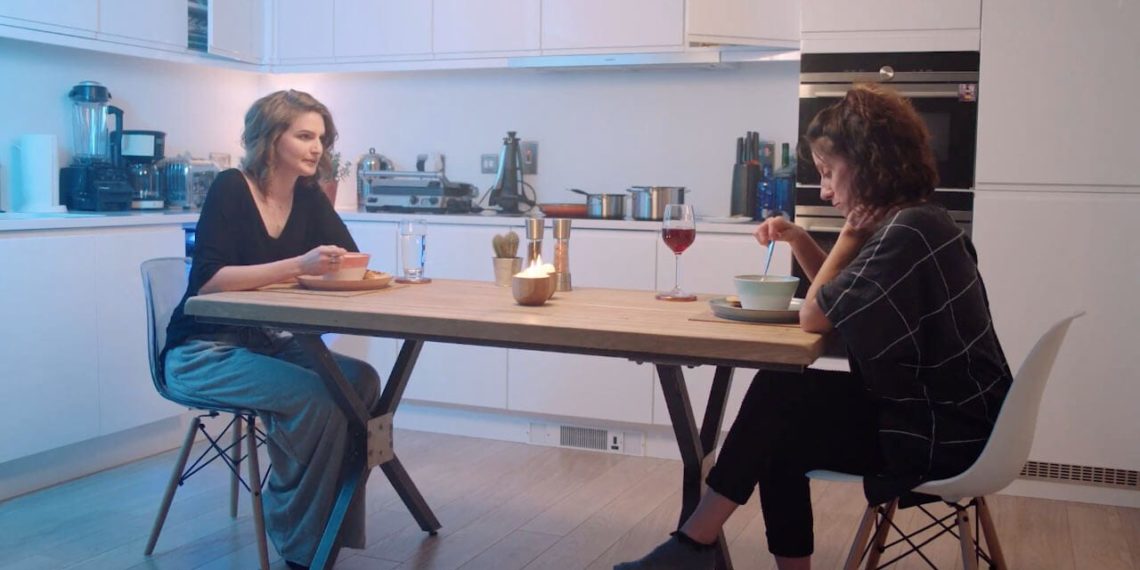 ‘Puzzle’ is unsettling, thought-provoking and questioning. When a patient seeks the help of a psychologist, little does she know that the help awaiting her isn’t what she prepared for… What does one do in such situations?

Barbara Toschi who directed ‘Puzzle’ brought out nuanced performances from her actors. Her well-arched characters and gripping narrative made ‘Puzzle’ a very intriguing story. Indie Shorts Mag had the honour of conversing with Toschi and we bring you excerpts from the same.

Thank you, I wanted to tell a story that could be engaging but also bring a message with itself, to make people reflect. Looking around I could see that mental health is something very present yet not as discussed as it should be.

I knew from the beginning that the hardest thing would be to portray something without falling into cliché or keeping it superficial and it is a very delicate subject to talk about it, so I felt the responsibility to understand it. I spent a good few months only studying about mental health, the different stages of it, how it affects people and its symptoms, on top of that I spoke with people who work with it and who experience that, I believe is important for any storyteller to do the research when talking about something.

It was a process. Besides me, the actors did their own research as well, we discussed the characters together, we made sure to understand the story behind each character and this translated to screen.

I love this question, that’s basically why I made this film: I want people to understand the strength we have upon ourselves, how much we can do if we acknowledge that. I know that there’s a lot of influence from outside that help to put us down or make us doubt ourselves – and we show this in Puzzle – but I believe that the first step to fight against that always comes from inside us.

Apart from the research on mental health, that I did based on each character, I also got references from other films that I thought it would fit well. Then again, the actors – I had great actors – they did their own research and brought their own insert for the film, we discussed everything together and I loved to hear and see what they brought. It was definitely a team work.

I like a bit of everything. If I’m more to relax and have a good time, I love to watch comedy and fantasy movies, but if I’m looking for a compelling story, something to hold me into the screen, I usually go for drama, thriller, suspense…

Definitely films that coerce the audience to think! My favorite movies are the ones that I would watch and be thinking about it a week later, I would find myself looking on internet to know more about the film and how it was made, these are the kind of films that drive me.

Directing. Writing is a bit more difficult to me as per the language, sometimes I’m thinking in Portuguese and writing in English or vice versa, while when it comes to direct I feel more prepared. I’ve also been working on the sets for a while now so it’s a place I’m more used to.

Yes! I have a new short film I wrote and I’m planning to direct later this year, entitled “Dear friends and Family”. It’s a letter from a victim of sexual harassment, a 5 minutes film which I’m intending to release on Social Media after the festival route.

Indie Shorts Mag thanks you for this conversation and wishes you the very best for all of your future endeavours!