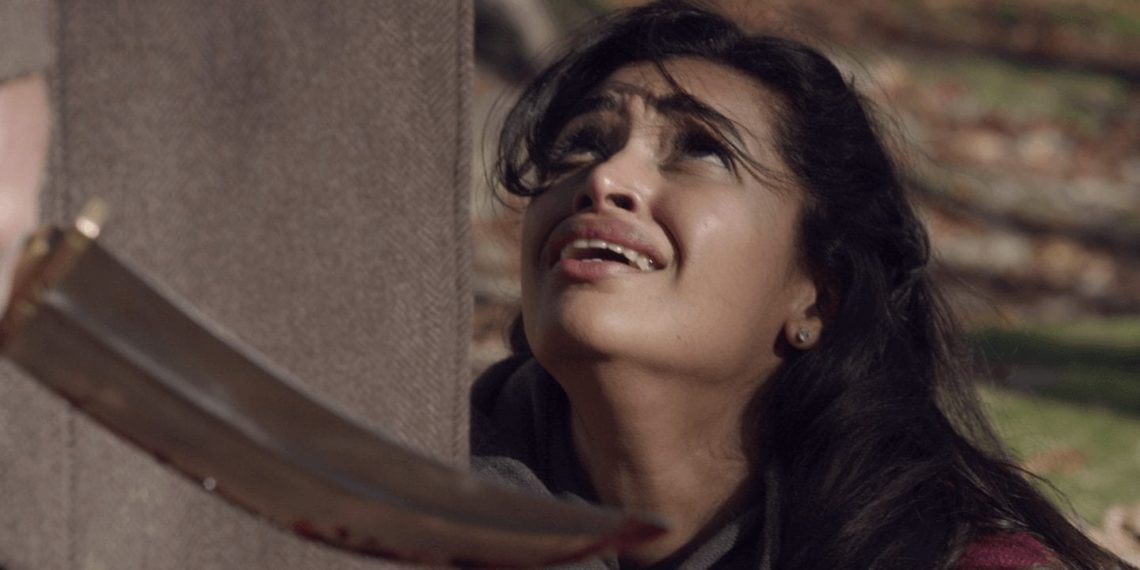 The 21st century isn’t eschewed off it. We hear of it in whispers. We read of it, sometimes, if it makes to the front pages. But, the collective conscious of the society is well aware of it. And, yet the figures haven’t reduced. What does it say of us?

Vibha Gulati’s ‘Forbidden’ isn’t just brilliant, it’s a complete treasure trove of an outstanding screenplay, direction, acting, editing, music cinematography. The plot follows a beautiful, young, Sikh woman, Jasleen (Salony Luthra), settled in the States with her family. Jasleen wants what America promises – freedom… But, for her family, that freedom can’t come at the price of their family’s . For, you see, Jasleen and Fahwaz (Gopal Divan) are in love. And, much to Jasleen’s family’s refusal to accepting their union, their love is put to test. Wishing to preserve the family’s , Jasleen’s father, played by veteran Gulshan Grover tries to marry Jasleen off to a guy who he thinks is suitable for his beloved daughter, but to disastrous consequences.

Her father’s decisions, compel Jasleen to make the choices countless lovers are left with, that of elopement. But, to Gulati’s credit, the film begins its journey from there on. Unlike films of its genre that on the lovesick moments between the couple, or the melodrama of the families in conflict, ‘Forbidden’, instead, focuses on the aftermath of the choices made by the lovers. Gulati’s writing is blunt. There is no room for subtlety. She doesn’t spare you of the blinding pain of separation from one’s family, the selfishness in the choices made and the frightening consequences that follow such decisions.

When Jasleen’s call to her brother Manpreet (Dhanish Karthik) reveals the family’s plans, the couple for a final attempt at reconciliation, to both; their families and fate.

Gulati’s direction has definitely extracted the best out of her actors. Luthra and Divan are spectacular. Luthra’s performance sways between being vulnerable and resolute. And, she delves into Jasleen effortlessly. Divan is steady in his performance until the very last shot. Grover needs no introduction. Words fall short in describing the myriads of emotions portrayed by him as Papaji. And, Karthik as the conflicted brother is perhaps one of the most layered characters of the film.

Mahindra Singh Lodhi and Tristan Higgs’s editing ensures the pace of the film is kept steady. In the limited time frame, they manage to punch in a powerful narrative. The childhood scenes of baby Jasleen and shots of her running away from her house are used ingeniously to offer moving perspective. Jordan Veigas and Jason D’Souza’s music adds soul to the film, whilst Paul Rondeau’s camerawork is simply riveting.

At 20:25 minutes, ‘Forbidden’ is sadly a true story. The film highlights without going overboard the social menace that is ‘honour killing’.  It compels us into thinking about themes we best like to brush under the carpet. A written piece at the end, in the credits, hits hard as one realizes the reality of the world we live in.

‘Forbidden’ is riveting, moving and above all, thought-provoking.