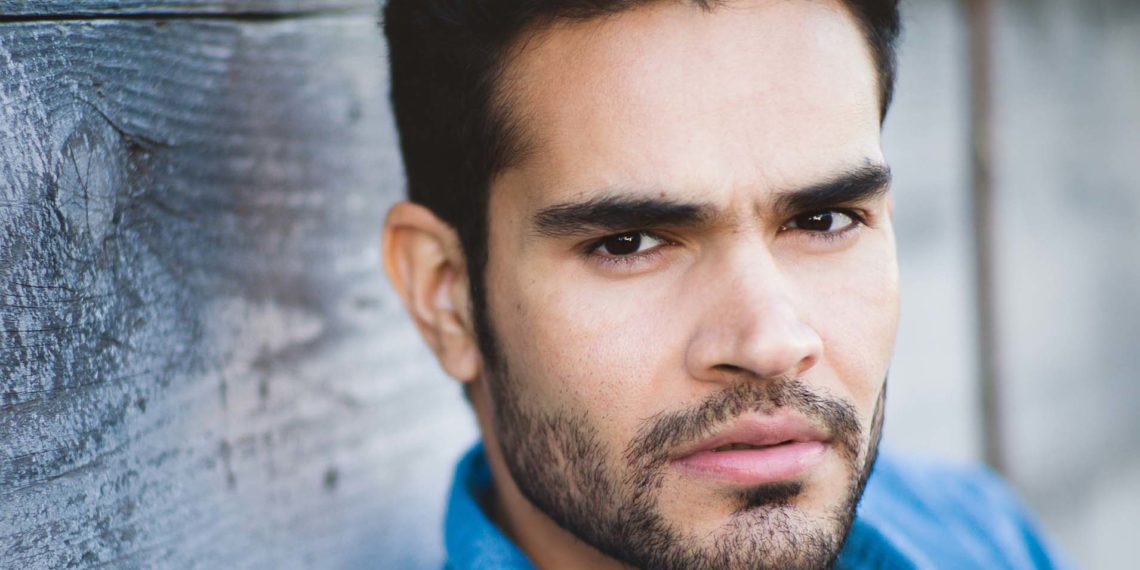 New York’d is relatable because it’s universal! A short film on Sean and his upside-down world in a city known to pampering its dwellers, New York’d is hilarious, to-the-point and déjà vu-ish! Ahead of its premiering, Indie Shorts Mag caught up with its writer-director-actor Karan Choudhary to discuss the source of his story, the journey of his life and everything in between.

Question: Before we dive into ‘New York’d’, please share with our readers your journey from Faridabad (India) to New York.

Answer: I was born on November 11, 1989 and raised in Faridabad, India. I’m currently based in New York City and successfully pursuing my acting and filmmaking career. Before I moved to New York, I worked as a salesman in a clothing store in New Delhi, a gym trainer in Gurgaon and did modeling for some time in Mumbai before moving to New York in 2013. Upon my arrival in the USA, acting became and continues to be my 24/7 priority. I started working as a professional actor immediately after leaving The Neighborhood Playhouse in 2015. Since that time, I have been seen in several TV commercials both national and regional. They include The History Channel, T-Mobile, Bud Light Beer, Captain Morgan Rum, Perrier Sparkling Water, Budweiser Beer, Canon Cameras, Stella Artois Beer, NYU Langone Hospitals, On Vocal Headphones, Intercontinental Hotels. I also appeared in many indie projects including, among others: “Mommy Heist” (a Short film), “Careful What You Wish For” (a Short film), and “Callie & Izzy” (a Web series.)

Q. How did you manage to skip the proverbial halt at Bollywood and head straight to The Neighborhood Playhouse School of Theater? Is it (Bollywood) something you’re now willing to dabble into?

A- I stayed in Mumbai for about four years and pursued modeling and acting simultaneously. I was part of a theatre group as well. But I was nowhere in my career, no progress, and after tons of auditions, I was disappointed to find myself in the same spot where I began. There was an urgent need to make a big change and that’s when I decided to leave everything behind and start this journey from the scratch. I never really found a structure for an acting career in Bollywood and my hopes are still very moderate. I don’t know if I’ll get an opportunity from someone else to work in Bollywood. If not, I would make my own films there someday and create that opportunity.

Q. ‘New York’d’ is your maiden project in terms of writing. What inspired you to write Sean’s story?

A- A couple of years ago in acting class, my instructor shared a story of how a particularly wonderful day turned into a nightmare by an unforeseen chain of events that could really only happen in New York City. That story stuck in my head for a long time, probably because the same thing happened to me, on several occasions, in fact. As I thought about the story, I felt pretty certain that this probably happens to most New Yorkers eventually. “New York’d” grew from that simple story.

Q. Actor, director, producer, writer – that’s too many hats to don. But, you seem to have navigated that route quite easily. Which one of these challenged you the most and which one do you think comes to you more naturally?

A- Yes, those are some heavy hats to don, as you say, and each job has its own challenges. I will say that acting because I have studied it for so long, comes the most naturally to me, but I have found that I also love to direct. I feel that I am very good at getting things done, and I am extremely organized, two qualities that a successful director needs. Every good film has to have a good team to make it possible for a director to succeed. Making a good film is about teamwork, and I always try to surround myself with the best people I can find.

Q. Your documentary ‘Dedication’ (2017) was well received. How different or similar would you say are the process, when it comes to filming a documentary and a short film? Are there any particular technicalities that separate the two?

A- There is a huge difference in making a documentary and a narrative film. There’s no written script in documentaries. You write a storyline and make notes as you start the process. There’s no acting in docs, so there’s nothing to memorize, not tons of retakes like a narrative film, no character development on paper etc. Getting footage, however, for documentary projects can be very costly. For example, if you are doing a documentary on Broadway, every photograph, song, and piece of archival footage has to be paid for. Some directors have actually stopped making documentaries because paying for the rights to use footage can be so expensive. Once the film goes into the post-production, however, and you start cutting the film, the process is very similar. I use the same editing software, same technique, music, composition, sound mix, color correction, and titles to complete both types of films.

Q. Whose work would you say has influenced you the most so far?

Q. Any creative field is as liberating as it is draining. How do you keep yourself motivated? Would you care to share with our readers some of the challenges you faced and overcame?

A- It’s an interesting profession and certainly not for everyone. I think I was just born hungry to do well in my career and that always keeps me motivated. One of the biggest challenges was constantly working on my accent and fluency in English so as not be typecast in small roles or as foreigners. Dealing with immigration rules in the current political climate and getting visas is becoming harder and harder, and finding representation can also be very problematic for newcomers in this business. Additionally, the expense of living in a city like New York is always a challenge. But I’m glad I have overcome all these challenges over the years.

Q. You’re in the process of writing your second film. What lessons have you learned from the first one that has perhaps made it easier with the second one around?

A- Honesty, everything. from the structure of the script to the development of the characters, plotline, setting and messages that you want to convey. I feel that the script is one of the most important components of a successful film and the writing of it should not be rushed. Sometimes you have to write and rewrite dozens of times. Everything we see on screen comes out of a script and every script should get the time it deserves to complete.

Q. A word of advice from your personal learnings for upcoming artists in this fascinating field of cinema?

A- If you are just starting out, you should know that this is a very risky and difficult profession, and it has one of the highest rates of unemployment in the world. One should only decide to take this path if you have a passion for it, not because someone else told you to do it. Even when friends and family members try to discourage you from this business and try to talk you into entering a more stable profession, stick to your gut and go for it. You have to be ready to face plenty of rejection and heartache, and not everyone is ready for that. Remember, it is hard being an artist and it’s supposed to be this way otherwise everybody would do it. Use all your time and efforts to go in multiple directions in your acting career and start creating projects for yourself and others. It’s more satisfying than waiting for that call or email that “might” change your life. Stop depending on others and take control of your career.

Q. Your upcoming project hovers around immigrants and the LGBTQ community. Are these choices of topics accidental or by design? What draws you to any topic before zeroing in on it?

A- I want to make films that make a difference. I believe in diversity of all kinds, not just in race, class or religion, but of sexual orientation too. These are all issues of our time and need to be discussed and explored. When I read a script, it is important for me to see the character I am playing, change or grow in some way or at least help someone else to grow. My next film will explore the friendship between a straight and gay man and how they impact each other’s lives. So hopefully we will be able to provide some insights and observations about these very prevalent relationships. I am interested in character-driven plots that explore the human condition. That interests me more than special effects and excessive violence.

ISM would like to thank you for your time and giving us a wonderful insight into your life. We wish you the very best and hope to see many more of your creative endeavors materialize.