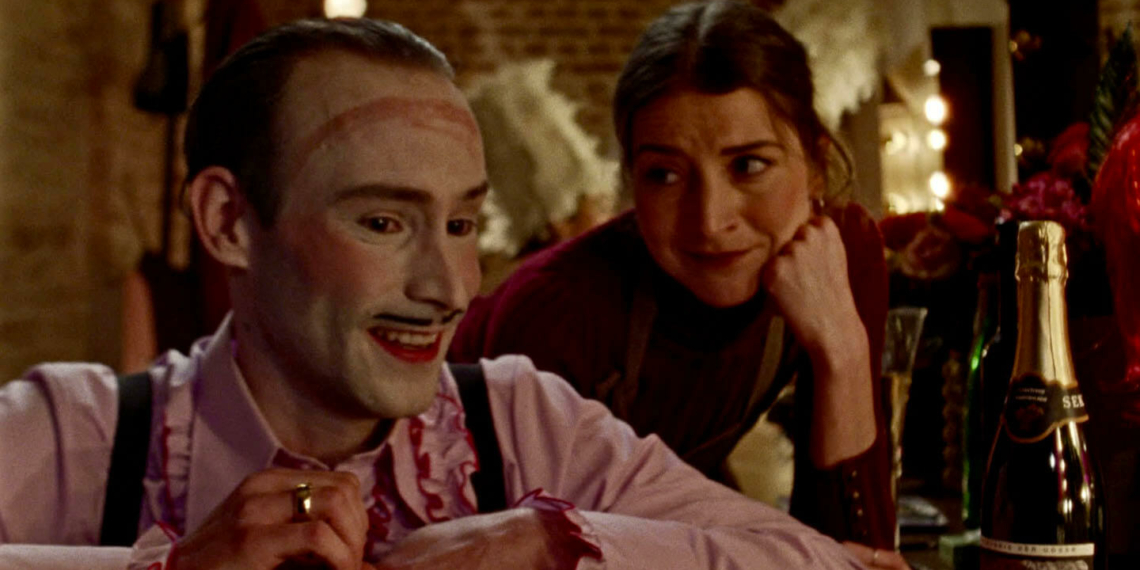 Nick Burton’s Chekhov’s: A Work of Art is a 14-minute adaptation of Anton Chekhov’s short story of the same name. A satire with its eye on the hypocrisy of the refined and well-off, it haunts its characters with a sculpture that equally sparks fascination and aversion.

The first is Dr. Koshlekov (Thomas Georgi). A recently cured and impoverished young man (Sasha, played by Henning Mayer) brings the sculpture to Koshlekov as a mark of his mother’s (an antique seller) appreciation. Jittery behaviour and classical styled music introduce Sasha to the viewer. He is sickly, but earnest, and—as he states multiple times—the only son of his mother.

Upon seeing the sculpture, the doctor is changed from a laid back, unflappable man to someone nervous, desperate and even clumsy. Lost, he fumbles for an appropriate response (and if he can reject the present, all the better). The shock of Koshlekov’s reaction is to be mirrored in its concerns a few more times. Fear of discovery; fascination, but not appreciation; something bordering on morbid, because the object confronting their refined images is viewed as taboo, and merely that.

Sasha insists on the sculpture’s beauty, its value as an antique and a work of art—here is a boy truly entranced by art. However, Sasha is not romanticised. He is an object of pity, which is diverted into something humorous to make the fate of his present less painful.

The sculpture changes hands like a pet no one wants. Each handoff is a comically tense affair, each reception the same scandalised awe. Their reasons boil down to the same: what will people say? Sasha’s exhortation to rise above the rest is forgotten (even by the comedian whose job includes delighting in the scandalous), but his words of appreciation are shamelessly, amusingly stolen.

An oblique con job returns the narrative to square one.

Chekhov’s: A Work Of Art leaves its time and place outdated, a curious mix of the nineteenth, twentieth and twenty-first centuries. If it is timeless, it is to highlight the merry timelessness of hypocrisy, complacence and selfish comfort.

Chekhov's: A Work Of Art: Refinement, and All the Measures to Preserve its Illusion