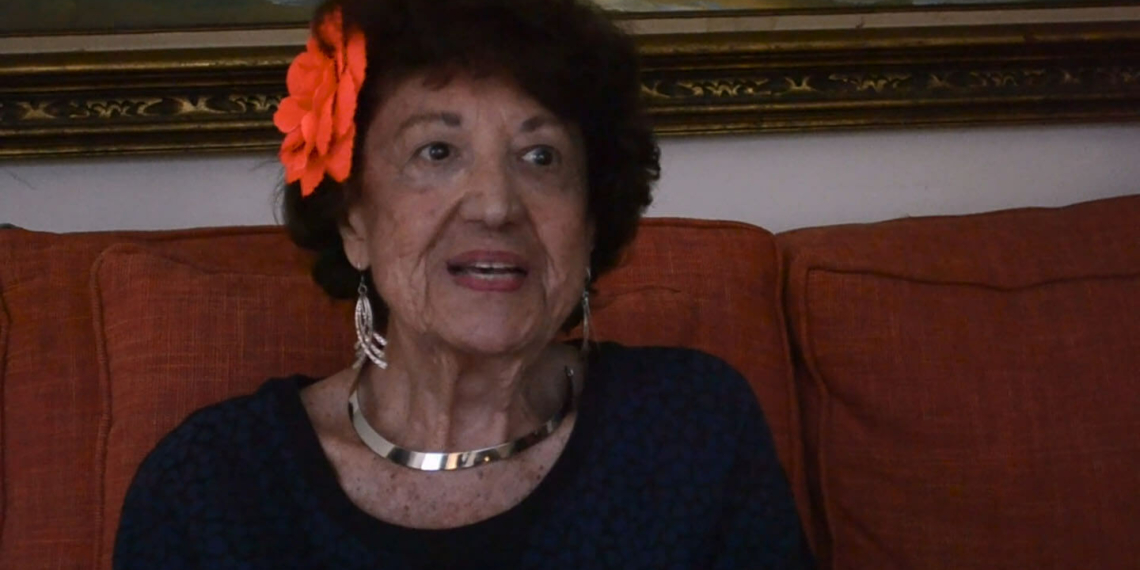 Nancye Ferguson’s 23-minute documentary Sue is a tribute to her mother, the subject of the film. Focused on Sue’s search for love at 97 and the subsequent relationship she embarks on, the film is a cutesy affair about love, longevity and family.

Sue traces three years of Sue’s life from 97, when she dips her toes into the waters of online dating, to her 100th birthday party, celebrating with Jim, the man she found through an app. Narrated by Nancye, her daughter, the film has a sense of immediacy as if the audience is viewing things just as they unfold. Sue’s relationship with Jim is shown to develop easily, soon becoming serious enough that the two (along with Nancye) begin to function like a single unit in the film. The notion of a young couple that the film tries to emphasise with verbal assertions and footage of the couple enjoying themselves is perhaps, given her filial position, best established by Nancye’s own girlish aesthetic.

Though there is an obvious fragility involved, there are no dips in the narrative, only high after high, marking a series of milestones for Sue. The use of mobile phone footage gives it the personal touch and warmth that the interviews try to achieve. In turn, the interviews and Nancye’s narration make the film feel closer to a television show than a film. The direct address to camera, the sense of immediacy, and the interviewees’ affirmations of Sue and Jim’s love and Nancye’s role in it all, create something akin to feel-good reality TV.

The film concludes with Sue’s 100th birthday. Multiple well wishes from the administration and the Congress are posited as the unquestioned marker of success for Sue. Feel-good TV or a long video tribute, at its core Sue is sweet. The final image is that of the happy couple, smiling together, time on suspension.