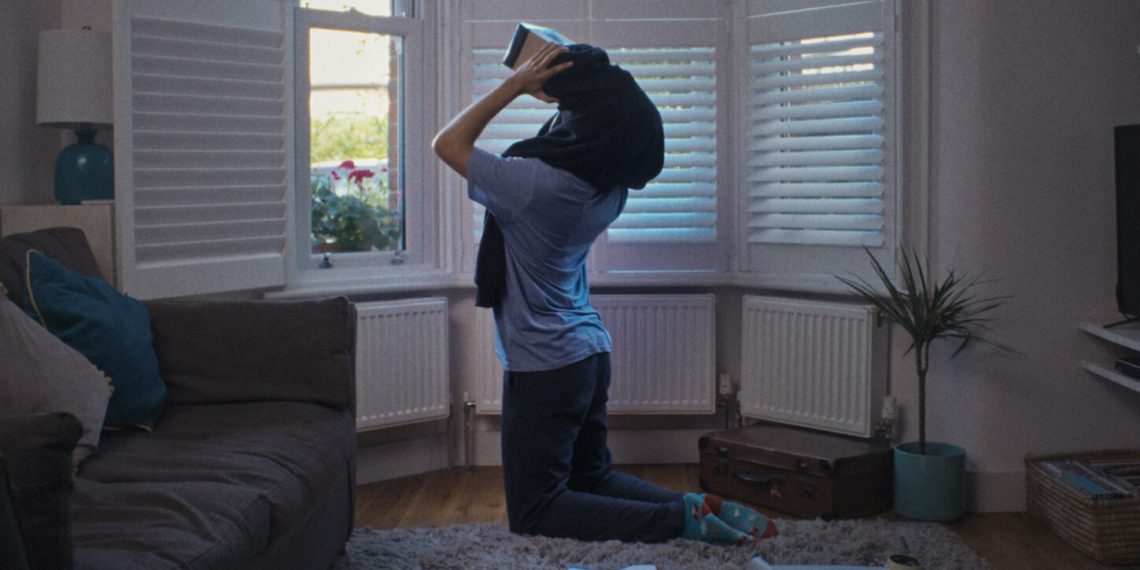 Phil Dunn’s The Stupid Boy brings together a boy who is reluctant to accept that others can be malicious, and a man who has come to believe that others are nothing but malicious. The others for the latter are based on an us and them distinction. Which is to say, the man is a supremacist.

Part of a white supremacy organisation, Stephen (Shaun Mason) believes his Christian nation is under attack, that his problems are caused by the others, the not whites and not Christians. But it is not he who brings the audience into the narrative. Instead, it is Michael’s (Joshua Griffin) perspective that we follow. The film opens with his view of the world. Upside down in his handmade pinhole camera, the view is quaint, devoid of those same larger complexities that are unfamiliar to him. A neurodivergent child, he is a frequent target for bullies. Though a boy at school has stomped his camera, it takes convincing for Michael to accept that he is not a friend.

It is obvious that Michael mirrors his father. What his father does in one scene, Michael will do later, even something like facial expressions. Michael’s introduction to Stephen happens first through the radio news when he is at home with his family (Ellie Piercy, Derek Elroy). Bomb blasts by white supremacists are accompanied by the slogan “Glory to god”; it requires some explaining by his father. The scene plants the seeds for the climax. Glory, his father explains, means to make famous. What he adds on is a less dangerous view of Christianity. “God is love”, he says. Michael takes note.

Stephen is first introduced in person with a TV debate in the background. A white supremacist and his opponent argue about his views while his opponent tries to reason with him. Stephen listens to the fruitless debate, bitter and resentful. A visual contrast is also developed. Michael is almost always in bright surroundings. Stephen, in the dark.

The idea of a loving family is repeatedly reinforced for Michael. Contrasted, Stephen is almost always alone but for his supremacist group. Stephen is the product of organised effort, and this is demonstrated through his conversation with the leader (Barry Aird). The leader uses care, empathy and appreciation to make Stephen feel seen in his complaints and personal trauma. The proffered solution is suicide bombing. The music conveys a hurtling pace for Stephen’s destructive arc that almost veers towards inevitability.

When the narrative brings Michael and Stephen together, it is the site of incredible—and potentially fatal—tension. It is a prolonged scene and this investment in time is what gives it its power. Sound is used to emphasise the movement of time through the scene, and together sound and time create a composite sense of danger, fragility, and hope.

The Stupid Boy could be referring to either of the two characters. Unlike the boy at school or the supremacist leader, there is certainly enough empathy in the text of the film to make that ambiguity possible.