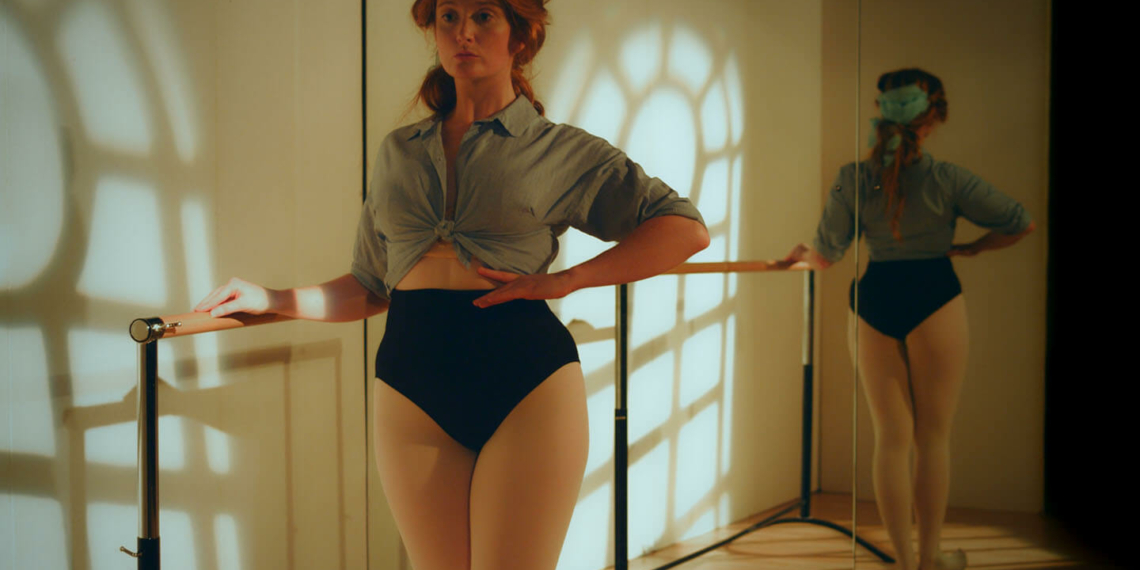 Steve Exeter’s Òran na h-Eala (translating to Song of the Swan) portrays Moira Shearer’s experiences as she teeters on the edge of a life-altering decision. There is ballet on one hand that she has worked so long and so hard for. On the other, there is a career in film enticing her with the promise of an easier road to what she wants.

The film delves into her psyche and as a result the film is ripe with non-linearity. Non-linearity and heavy reference to The Red Shoes (TRS) bring a rich texture to the film. The desire to observe the person behind the star is complicated by the foray into her mind. It is no longer the mere spectacle of biopics, but a little bit more. Shearer, played by Shannon Davidson, confronts the audience with her account of her negotiation with an uncertain future.

The narrative begins not with the offer of TRS, but with her envy of her competitor. She looks down from the balcony at Margot Fonteyn (Nicole Nelrose) performing. Her resentment is palpable. Though she occupies supreme position in terms of space, it is a bitter one as she watches Margot dance. Her person is in a position of power while her dancer’s spirit remains in fruitless stasis. Soon after, the offer is brought up. Then, her avowed distaste for it. It does not bear mentioning that the future came with choices she did not like making. Powell (Alastair Thomson Mills) and Pressburger (Alec Westwood) are an unceasing presence, an intimidating spectre haunting Moira until she makes her promises and makes good on them.

A lot of the mise-en-scene, from the expressionist tendencies to a revolving shot about six minutes into the film are derivative of TRS; the original composition also bears strong resemblance to TRS. But where TRS delved into the mind of the fictive ballerina, Òran na h-Eala explores the mind of the real one. At the same time, the film is not interested in a slavish reduplication of Shearer either. The journey is a psychological one, not physical.

The derivative quality of Òran na h-Eala places it in conversation with TRS, overlapping productively with Moira’s own narration. If it is reminiscent of Mulholland Drive, it is not out of place. The synthesis is an account of Moira Shearer by Moira Shearer, resistant to the pleasure of spectacle, and given to the unease of feeling.