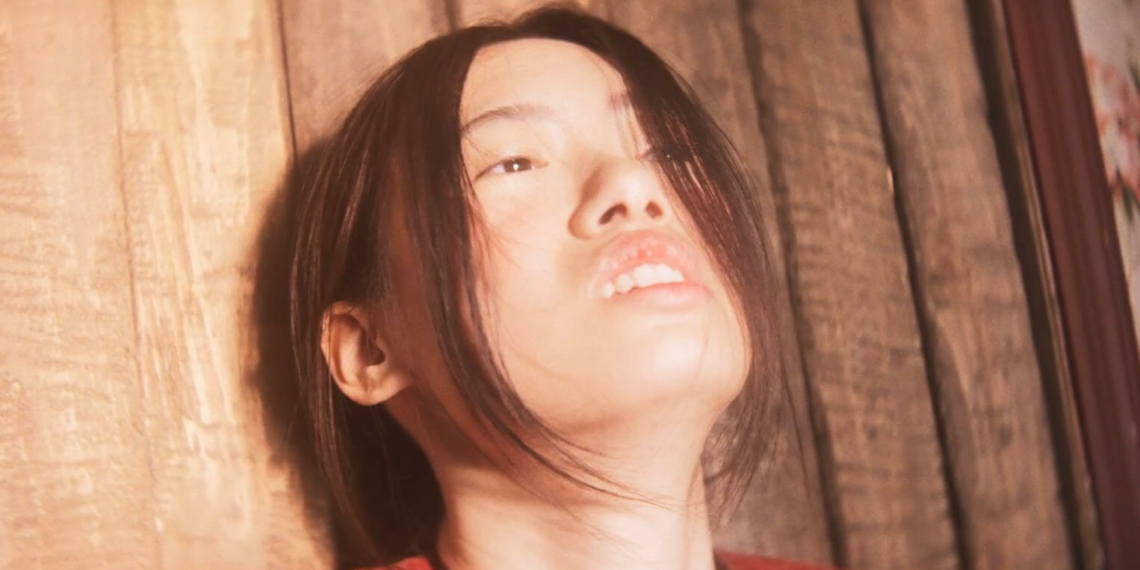 Miida Chu’s Eureka is an intimate journey into the experiences of a young girl straining to rupture the walls that cage her into a life of sex work. Set against the backdrop of anti-Chinese riots of 1885 in California, the film lets itself be completely infused with her tumult as she tries to negotiate with the possibility of freedom and everything it represents.

The first unexpected thing it brings up for Longlong (Ying Yue Joyce Chong) is a severance with the madam (Ma, played by Cici Lau) of the brothel. The older woman who has acted as both her master and a mother figure in the absence of Longlong’s own mother who sold her. The mother figure haunts Longlong throughout, a treacherous safety harbour that is never safe. The film opens with Longlong’s dialogue with the madam as though she is being sent away. Ma speaks soothingly, like the mother she poses as, but in truth it is punctuated with the grunts of a man atop Longlong. Ma listens at the door.

Longlong is wild with years of trauma. Ma consoles and cajoles Longlong, always invoking her namesake, the dragon—a dragon always perseveres. The sound of a wooden fish is a recurring motif, sounding eerie, and suggesting the existence of powerful tension just underneath the surface. Unlike Longlong’s open resistance for most of the film, there is control and careful thought associated with this tension.

Ma uses Longlong’s dragon mask as yet another way to persuade Longlong into submission; her muffled cries from behind it are especially powerful at stating the sum of her life under Ma. A wound always ready to burst into blood. The character is a devastating blend of ferocity and vulnerability, both that of a wounded animal. Indeed, the wooden crate through which we are first introduced to Longlong reinforces the image of the wild, caged, and wounded animal.

The conflict within the rickety brothel is ensconced within the wider riots against the Chinese, the brothel being an especially favourite target of the white population. The image of the rioters is startlingly familiar. When the dividing lines between the two are blurred, it signals the disintegration of the brothel and Ma’s iron hand. With it comes Longlong’s chance at freedom.

It is not separation from Ma alone that holds Longlong back. This is the first instance of a character, any character, in the film being out under the open sky. The brothel is seen from the outside for the first time. Bigger dimensions than the walls of the brothel are now suddenly a fact of existence. Although the madam throws the door open for Longlong, the light is too harsh outside, too dazzling. There are no limits. Fear replaces hope. The defined boundaries of the brothel walls, however miserable, are comforting in their familiarity.

Like much of Longlong’s experiences, the climax is a brutal coming of age. Longlong replaces the dragon as the water creature with the dragon as the fire creature. It is as liberating as it is unstable, as violent as it is soothing. Exquisitely crafted, Eureka concludes on this tentative note to allow Longlong time to savour this for what it is: a moment that is her own.