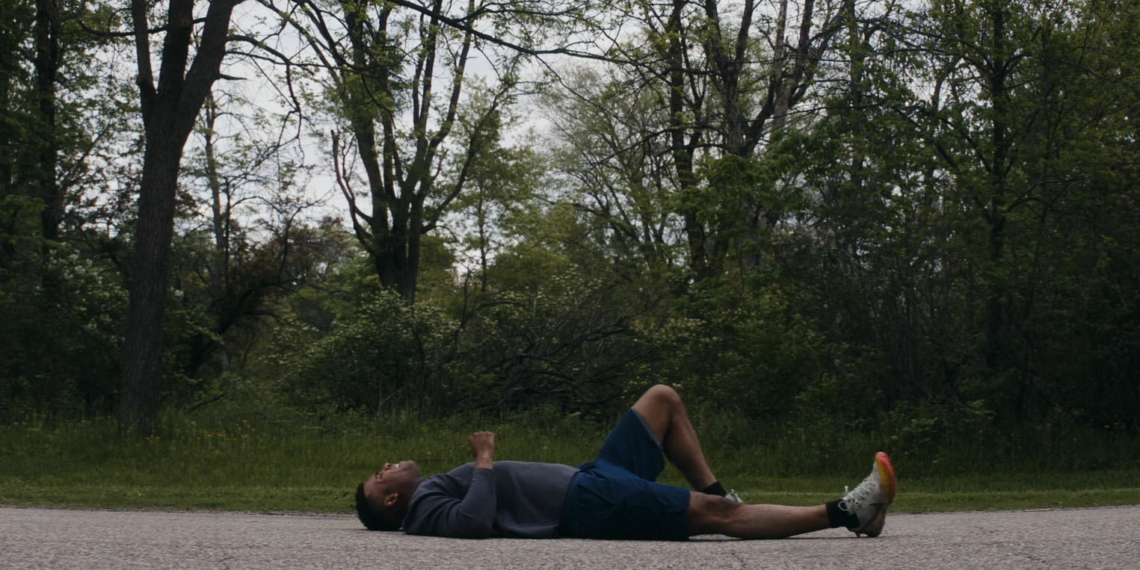 Aaron Van Maanen’s Hypodermic takes grief down to a physical level. A character who literally carries it within his body begins to lose his grip on his immediate reality, becoming increasingly enveloped in a reality of his own.

The trick that makes the film is turning its abstractions concrete. Isaiah’s (Lakin Mims) personal reality is a real, tangible thing, but it doubles wonderfully well as a metaphor. He brings his grief everywhere with him, alive and beyond Isaiah’s control.

It manifests regularly in Isaiah’s propensity to run. He is often shown running, his back to the camera: often a speck in the distance, and often collapsing. It recurs almost as much as the water motif. If it is not his shower running, it is the surface of a water body, which the camerawork transforms into a mysterious, fearsome thing. The narrative’s repeated return to it further increases its ominous air.

Besides Isaiah, the only other major character in the film is his girlfriend, Jackie (Tiffany Liechty), who becomes a channel through which the film constructs its preliminary exposition. An incident occurred a long time ago, and though time passed, Isaiah has held onto it by himself, not sharing it even with his girlfriend. But things appear to be changing. Running has been a recent activity. When he agrees to go to a beach party, it is also a first. He has started feeling less weighed down for the first time in ages. And when something appears to be crawling under his skin, it is a horrifying new development directly opposing the change in Isaiah’s disposition.

The film maintains its mystery, often threatening to spill over into horror. And yet, the final answer that puts everything in their proper place is a simple one. Fascinating, but simple. The monstrosity that seemed to be everywhere—indoors and outdoors—is reduced down to its source. Though Isaiah’s grief is not dispelled, the threatening horror is.