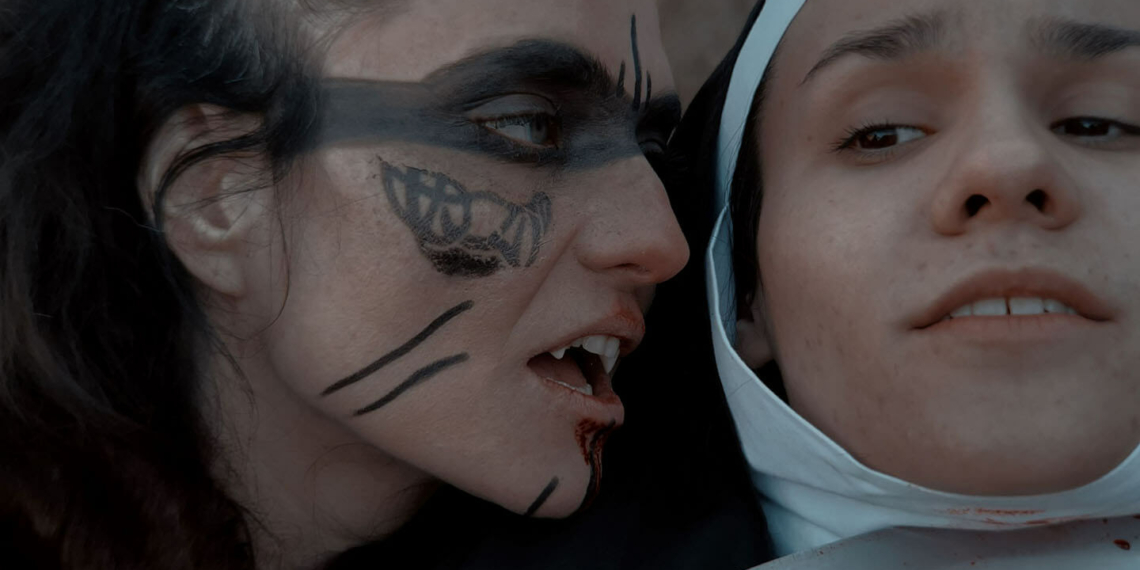 David McGuff’s Barbarian God, based on Daniel Prillaman’s play, explores what happens when a Viking vampire confronts a nun’s faith—right after killing a priest with the nun secretly watching.

The film swaps out the play’s young boy for the young nun, changing the dynamics of the encounter. An undercurrent of homoeroticism runs through the film as a result of it, adding to the thrill of it all. And thrill there certainly is: Idunn (Prari Blair), the vampire, makes a performance of her feast. Her heady excitement clearly holds charm for Cassandra (Gabi Rodrigues), who makes weak protestations of faith and god but is clearly intrigued.

Barbarian God is a delicious affair because of Idunn (who reminds one of Killing Eve’s Villanelle), and the film reads like a racy adventure story. Idunn leaves Cassandra her axe—the same one she used to kill the priest—as a call to adventure. A larger threat awaits her in the future. Whether she keeps her faith in God or in action, as Idunn says, will determine whether she lives or dies.