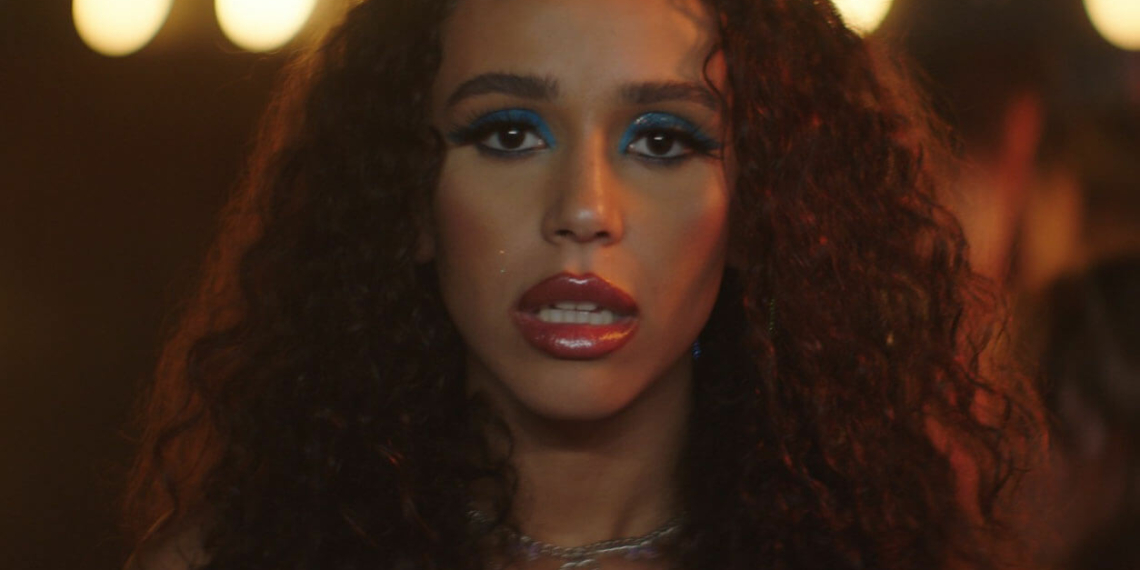 Josie Andrews’ 14-minute Wannabe opens up the world of survivors who chose their career. The film makes its protagonist completely recognizable, right from its title: the lead singer of a girl band, aspiring pop star, unmistakably from the 2000s.

Jada (Margo Parker) is the natural leader of her three-member band. Though rather selfish and even flaky, she has the necessary gumption, charisma and command to take the band to success. Her bandmates, Sky (Daisy Micklich) and Bianca (Victoria Washington), know this and trust her, even when it translates to putting up with her. This is how she is introduced: late to their now-or-never audition, full of energy and even a little cocky. But she shows the same faith in Bianca and Sky as they do in her, and they go into their performance as a single unit in harmony. The music, dance and costume is exactly the early 2000s, and besides evoking a certain nostalgia, it signals the social and political climate in which these young women are aspiring to succeed. Heroin chic, the myth of post-feminism, and a rampant lack of support for women–especially in the entertainment industry.

Ensconced in this, the question of the band’s success is thrown into complete uncertainty when Jada halts mid-performance. The eyes of a man (Peter Zizzo) in the shadows of the auditorium are on her, and she tears out of there as though on fire. The camerawork changes the same halls which were earlier vibrant with colour and life into a claustrophobic labyrinth that is closing in on her.

Jada explains in between throwing up: he raped her the year before. When she goes to confront him, he does not remember. The very short scene functions to efficiently rupture the confidence that sustains her pop star persona; she is reduced to a nuisance, an essential insignificance, by his dismissal. For many survivors, it is a very familiar experience.

Back in the greenroom with Sky and Bianca, she breaks down. But Jada is not allowed her personal grief for long. The elephant in the room is the ruined audition, made worse by an offer to produce a demo by the man himself. Their career hangs in the balance. Jada knows, and so do her bandmates, that this is their only chance to make it. The incessant banging on their greenroom door–a demand that they vacate soon–only reinforces the notion of the window on their success closing.

The decision is left to Jada, not only because she is the victim and survivor, but also because there is no band without her. The film never allows the spectator to forget that the demands of their career runs counter to anything Jada might want or need to cope and move on.

It is here, where she is forced to reconsider her decision to not work with the perpetrator, that Wannabe is at its most gut-wrenching. And the most cutting as an exploration of why women in showbiz do not come forward.