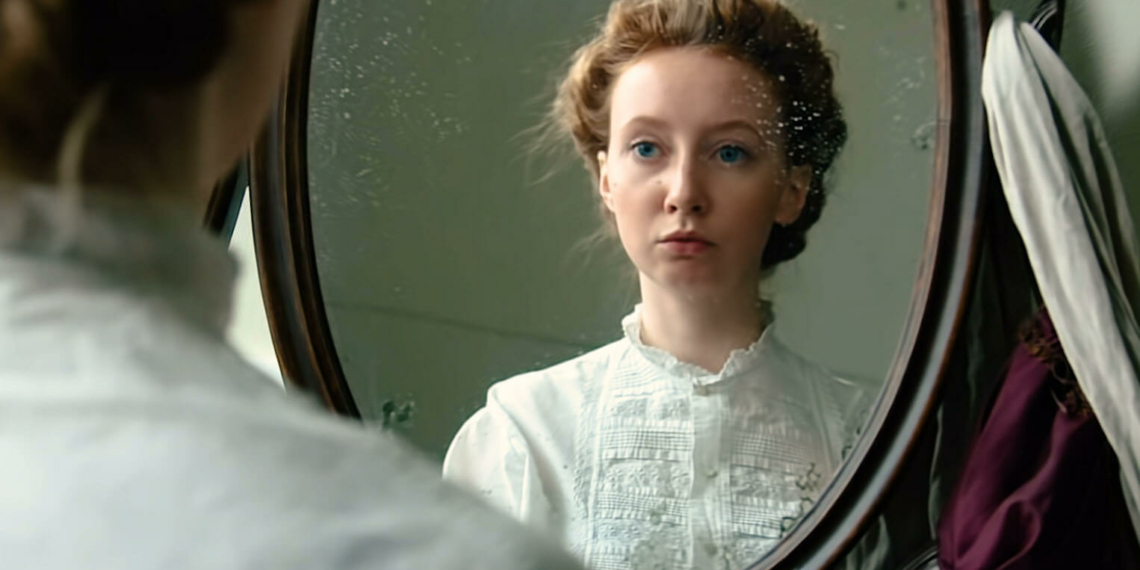 Andreas Graf’s The Rest Cure, based on Charlotte Perkins Gilman’s The Yellow Wallpaper, takes a turn towards horror in adapting the story of a 19th century woman suffocating in her oppressive marriage. Adapted into a screenplay by Claudette Jones, the 19-minute long film follows Alice as she slowly evolves in reaction to her controlling husband and his manipulative coddling of her.

The film lifts the title from the cure that Alice’s (Anna Brochmann) husband prescribed for her nervous complaints and hysteria following the birth of their child. From the beginning, the film makes it obvious that the hysteria is but a reaction to the firm hand with which she is controlled by her husband (Malcolm Jeffries) in a heavily patriarchal society. He controls what she eats, measures how much she sleeps and restricts who she sees. To this end, he puts his sister, Mary (Becks Rosen), in charge of monitoring Alice.

The narrative commences from when they move into a mansion for the summer. Immediately, Alice is confined to their bedroom, one which she hates because she finds the yellow wallpaper grotesque. The lighting makes the hallway and then the nursery turned bedroom look sickly. Framed flatly, the single wall of the wallpaper does look unpleasant, the pattern and colour, encroaching and oppressive. Which, therefore, transfers Alice’s gaze to the film’s. Her husband, John, is ever at her elbow, waxing at length about everything pertaining to Alice’s conduct and health. His is a stifling presence, an iron grip which never lets up. In his absence, Mary carries out his directives. Her approach is less verbal, but more sinister in its compliance.

The wallpaper, a ghostly entity in the film, begins to have an effect on Alice. She starts seeing a face in the pattern, hears someone’s voice, sometimes asking to be set free. Neither sibling believes her. She is not allowed to leave the mansion and visit her own friends and family. Trapped in this house, in her bedroom with the grotesque yellow wallpaper, Alice’s state worsens. Her husband promises renovations, but they sound more like additional locks to keep her engaged.

When it culminates in a restless, tortured night for Alice, John is absent. The voice and form of the shadowy figure in the wall reaches for greater control. The film follows the plot of the book, but the treatment is more physical and tangible than psychological. With the climax, the film fully embraces horror in the mainstream notion of the genre.

The Rest Cure incorporates much of its literary origin into its subtext, while developing this horror front. What happens to Alice is initially a tale of a malevolent house, and then that of a reaction to a regime of control.