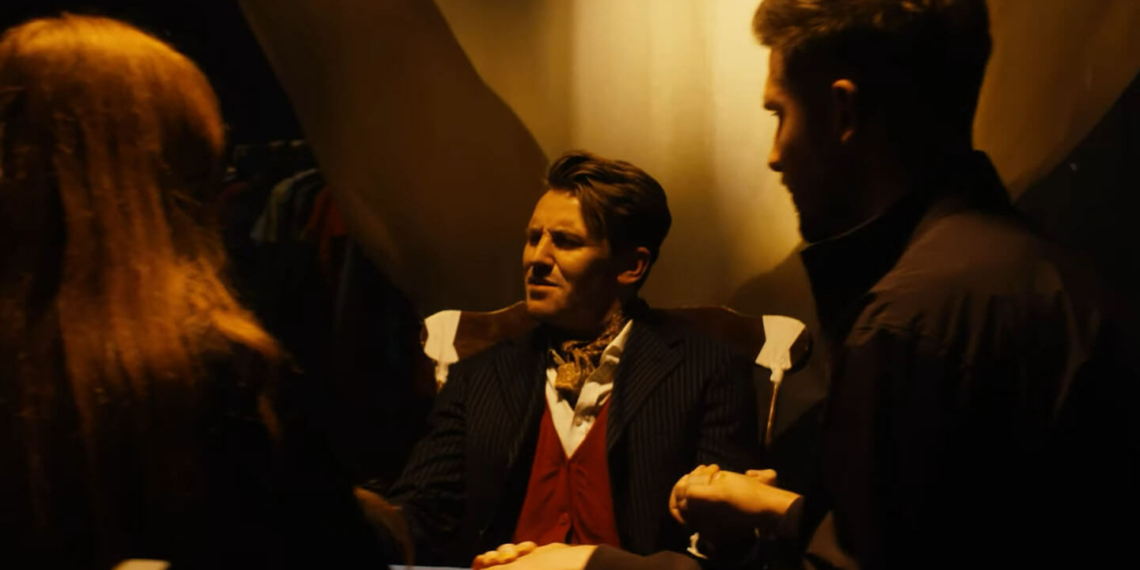 Joseph and Jack Archer’s The Mean Spirited is a one shot comedy that veers into complex territory of ethics and morality through a story of four people and their stances on spirits. Set on a theatre stage, the film throws the literal spotlight on its characters in trying to etch out its argument and leave its audience thinking.

A psychic (Christopher Mulvin) takes two of his clients, Oscar (Georgie Muya) and Alex (Bailey Harris-Kelly) , to an empty theatre to do their readings. Joining in is one of the theatre authorities, Lottie (Lara Cooper-Chadwick). Lottie is a believer, as is Oscar (who is also a YouTube influencer, and this reading may or may not lead to a boost in merch sales). Alex, on the other hand, is the customary disdainful non-believer. The stage looks set. Shot in a single long take, the camera revolves around the characters while the momentum is building, devolving into frantic chaos once things go awry.

Mr Blakely, the psychic, contacts Oscar’s dead parrot (on camera, for the benefit of Oscar’s fans). Lottie fawns over Blakely’s abilities. Alex scoffs. Alex’s scorn is used for the narrative’s more biting wit, something for the audience to laugh with; Oscar’s vanity and his preoccupation of getting everything on camera is a recurring comedic element for the audience to laugh at. Of course, the main attraction on this stage of spectacles is Blakely himself. The audience is assumed to laugh with Alex because Blakely is obviously a fraud.

But when the psychic turns his attention towards Alex and correctly diagnoses his secret grief, Alex is sold. With him turning over to the other side, the lack of a voice of reason becomes the narrative’s pressing concern. What happens now with everyone believing the crook? Who will reveal Blakely’s fraud?

This is quickly answered, and immediately after, the film reveals its true motive. The characters turn upon each other, and pose the central question: At what point is the pursuit of truth an excuse to be cruel? To see it merely as urging for more kindness is rather simplistic. It is more productive instead as an exhortation to reassess motives, done within particularly complex circumstances.

The film’s development of its theory leaves something to be desired, but it is compelling nonetheless. To question why we, collectively and individually, do what we do is an exercise worth undertaking regardless of the answer. Especially when morality and ethics is an easily reachable answer.