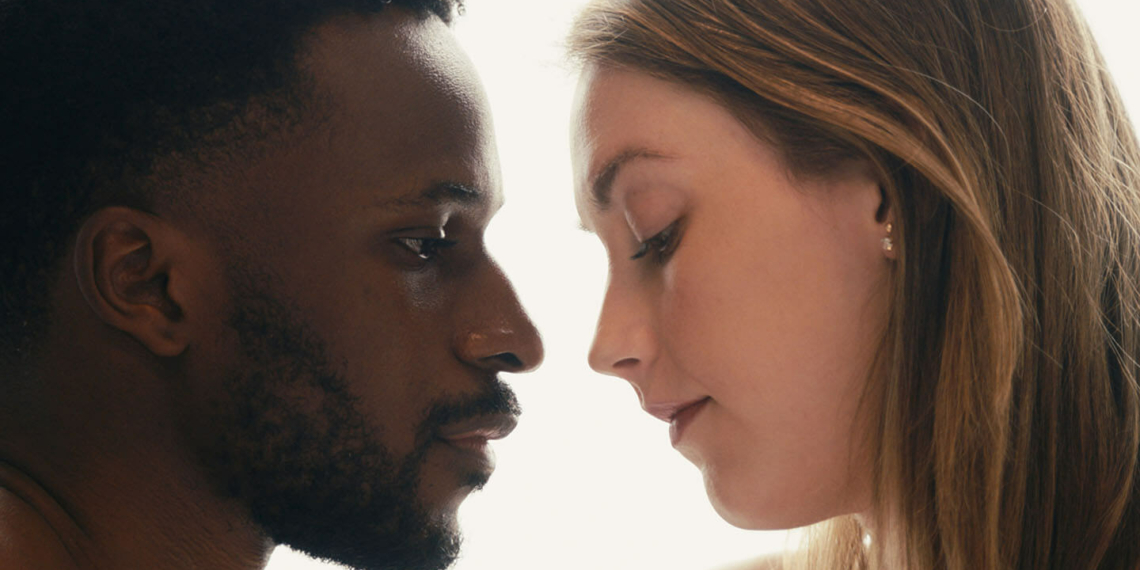 Isaac F. Davis’ Fall on Me explores the relationship between two young people who want to be together but their own internal lives keep them apart. Running to 26 minutes, the film develops into a theatrical style to examine this inner life, and dissect problems into their constituent parts.

Ava (Ashley Fuller) and Atticus (Francis C. Edemobi) are first introduced when exploring intimacy with each other. Their insecurities show up early on. The rest of the narrative, divided into three parts, is an attempt to understand what these are and what they mean.

The first section, An Angel Infiltrates The Heart, sees Atticus’ life as an ongoing search for inner peace and happiness. He is single minded in his pursuit of perfection so that his partner may like him. Everything he does is with romantic fulfilment in mind, almost taken to an extreme. His internal monologue and a phone conversation with a trusted figure evinces this preoccupation.

Ava, on the other hand, is invested in finding out what is keeping her from truly opening up. Like Atticus, she is seen spending most of her time introspecting. At a crucial point in their lives, what conclusions they reach will determine the future of the relationship as well as their individual paths through life.

A theatrical sequence runs from Part I and into Part II where Ava and Atticus delve into their deepest fears and insecurities, both individually and together. While Ava’s worries flow inward—centred around feelings of inadequacy and self-loathing—Atticus’ thoughts are directed outward. He worries about what Ava said and why, how she looked at him, and what it all means. This sequence confirms everything that the film has been setting up so far.

The final section pronounces the verdict on their relationship. The film has developed the characters such that it is unsurprising and the natural course for the couple. Ending on a hopeful note, with the New York horizon in sight, Fall on Me attempts to demonstrate the wisdom in letting go of that which does not work. That, after all, is evidence of the peace that both characters ultimately seek.