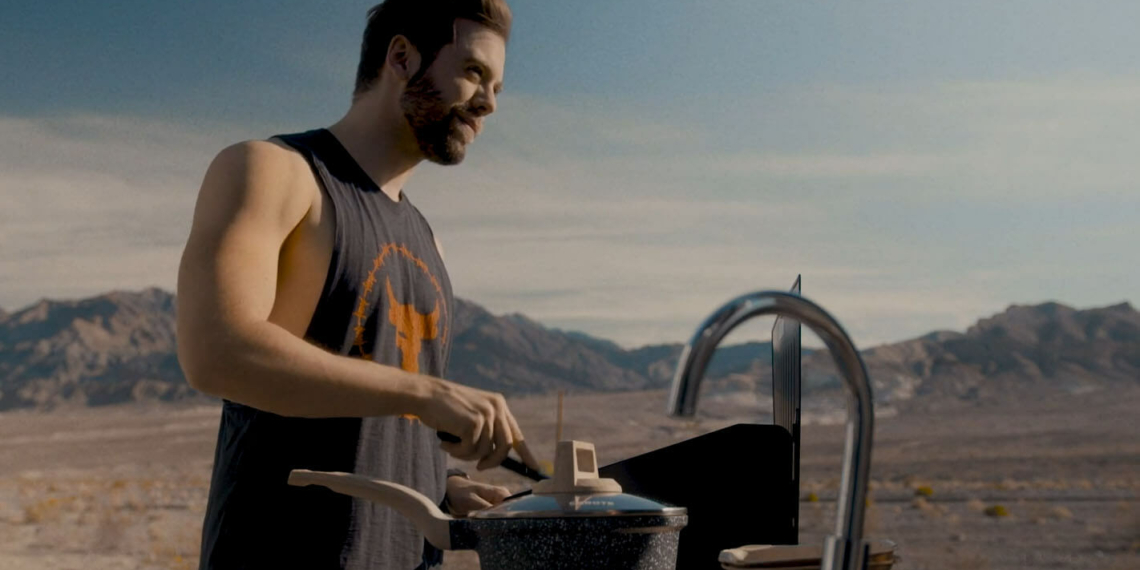 Corbin Cox’s Colors of Death Valley, created for hospitality company Cabana, is a 3-minute trip into the extreme conditions of San Francisco’s Death Valley. Featuring a single character and his trailer as he explores the desert, the film—as the title states—showcases the colours of Death Valley.

A myriad of colours are to be found, even blue. As the protagonist moves from place to place in his solo trip, the film displays brief colour palettes of each landscape shot. Use of warm undertones and film grain gives the film a separate charm, evoking nostalgia for vacation memories when one is already underway. Indeed, the narrative does not present it as a memory in itself, but an actively unfolding journey.

The film is made to showcase the landscape and promote the services of Cabana, which is why sweeping shots of the landscape are used in abundance. The protagonist is usually shown with his back to the camera as he continues on his journey. The narrative develops the story around the protagonist’s relationship to the landscape and to the trailer he is driving around in. In the former instance, it is akin to something profound. In the latter case, it is one of comic value. Of course, in the vast, extreme desertland with no human to talk to, a Wilson or two can be found. But unlike Cast Away, dialogue is truly sparse here and hardly more than two lines.

Colors of Death Valley is beautiful to look at, especially because the blazing sun turns everything into gleaming surfaces. At a miniscule 3-minute runtime, it advertises Cabana just as well as it offers bite-sized pleasure to those that love to travel.