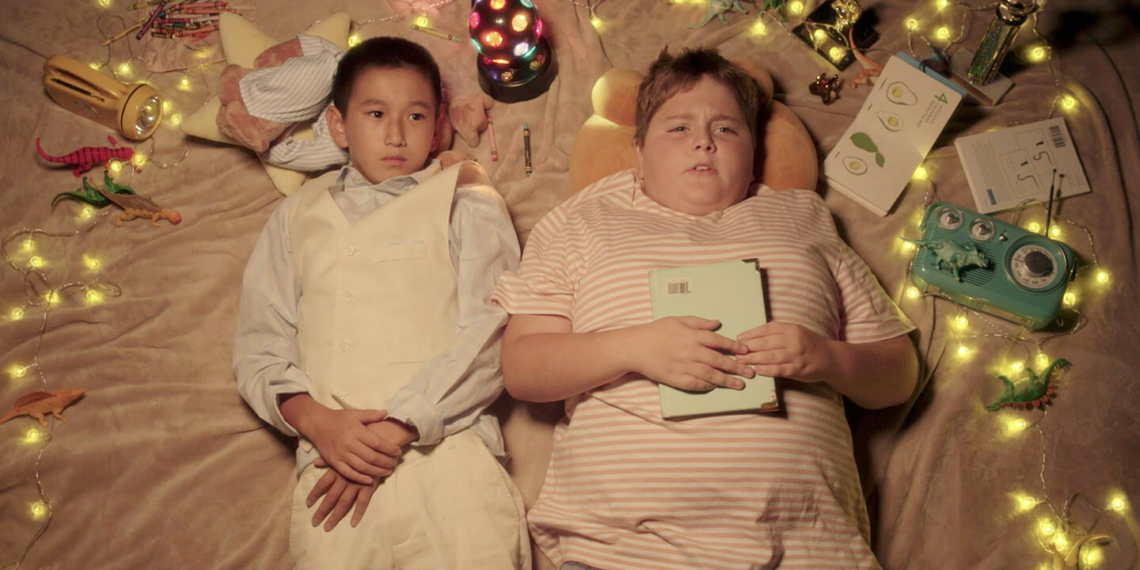 Robin Wang’s Wei-Lai deals with a complex issue growing out of culture and identity. The eponymous character, a Chinese-American is faced with the contrast between sore points of growing up within a Chinese family and what he sees as the shiny American one.

When Wei-Lai (Arthur Zhang) is hit by his parents (Eon Song, Zhan Wang) one too many times, he makes the decision to leave. With a bag full of documents, he heads over to his best friend’s (Luca, played by Benjamin Widner) house and makes his case to Luca’s mother, Mrs Francis (Laura Chowenhill). He wants to be adopted by the Francis family, and to support his argument, he contrasts his good grades with Luca’s. The film uses humour like this to offset a deeper hurt that Wei-Lai is nursing and a crisis that he represents.

In the opening sequence, Wei-Lai explains the Chinese notion of turquoise as a metaphor for continuous generational improvement. Turquoise derives from blue but is more than blue. Each generation should do better than the previous, and this is the yardstick which marks quality of life. In the eyes of Wei-Lai’s father, he is less harsh than his own father, and therefore, his family is doing well. The crisis of reckoning with intergenerational as well as intercultural conflicts is a familiar one for immigrant families. Wei-Lai’s parents are not spared from them.

Beyond these more serious questions, Wei-Lai and Luca’s friendship is a tender thing that offers up as much softness as it does humour. They have an elaborate handshake, their own tent and a proper negotiation over how they will share their room. Yet when his parents do not insist on his return, Wei-Lai, in his own way, realises that a new home is not the answer he is seeking. However, it is preceded by a confrontation with his parents which culminates in the verbalising of that cultural crisis that has plagued the characters from the get-go. Wei-Lai wants to be white and enjoy the luxuries that he sees Luca enjoy: open expressions of his parents’ love.

The film shifts between Wei-Lai and his parents’ perspectives, and does not attempt to carve out clean answers. There may be none where identity is under question. But it ends with some of the gentleness that Wei-Lai identifies as distinctly American, served in a form that is Chinese.