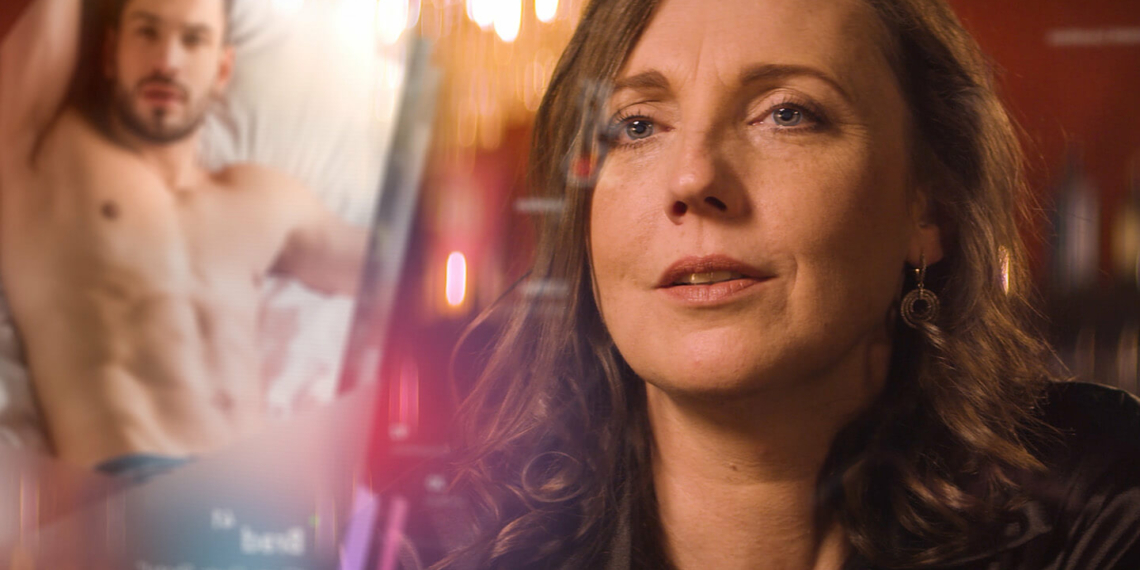 Edward J. Douglas’ sci-fi comedy Swiped is a 4-minute glimpse into a very probable future. As most, if not all, of us have experienced, every piece of technology targeted towards consumer comfort has been exploited in some or the other way. Written by Daniel Roy, Swiped uses this as the basis for its story of a woman on a dating app.

Sitting at a bar, Melody (Nicola Chapman) is shown swiping away on potential dates. The technology is advanced enough that the display is augmented reality without requiring conspicuous gear. To anyone else, Melody is concentrating on and gesturing at thin air. Yet it must be like wireless earphones; no one notices if it looks like you are speaking to yourself now.

In pops a man with a bad line, interrupting her, but is dressed well enough to pique Melody’s attention. He is Gregory (Peter Seaton-Clark) and he works in advertising. The sparks look promising. For all intents and purposes, he is the right match. But when he cannot stop bringing up the Spinning Tops, it becomes a problem. She finds it varyingly amusing, tiresome and finally, suspicious. When it clicks for her that this match is not going to work out, the narrative takes a turn for the bizarre, making for a good laugh.

Swiped constructs its narrative around an essentially mundane incident and turns it into an effective piece of comedy. It gets worse (or better) after Melody exits. Gregory chats up a different woman with the same lines but it becomes progressively more bizarre. If the film keeps the conversation running while the credits roll, it is for its compelling turn to complete disintegration.