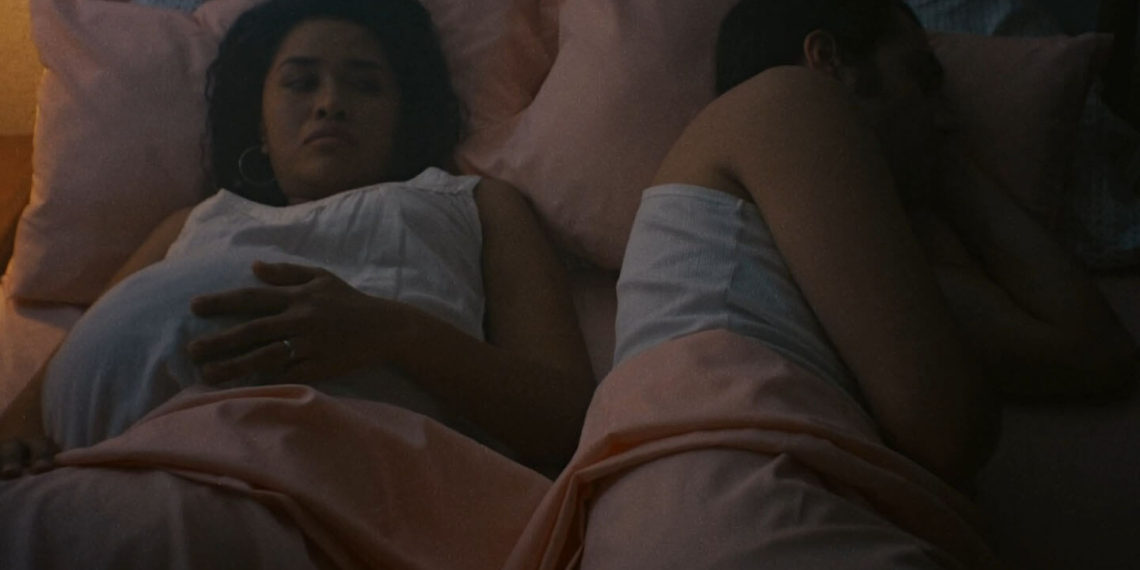 Yohanan Doron’s Allende forays into the oftentimes tense arena of repressed sexuality. The protagonist is a closeted, married man with a young child and an unborn one. The film explores the dual lives of Francisco and his wife, the latter caught up in a life of her husband’s making and neither the happier for it.

Divided into three chapters, the characters in this wordless narrative are deeply interiorised. Indeed, Francisco (Uriel Mendoza) and Maria (Caraly Sánchez) suffer separately despite sharing the same physical space. Maria is heavily pregnant, bearing the weight of their empty marriage alone. Conversely, Francisco exists in a bubble of isolation, continually putting distance between him and the world. The background score maintains the tension as the narrative moves steadily towards some kind of a crescendo.

The church hangs heavy on the story; the narrative opens with it. In fact, it is the principal factor behind Francisco’s guilt and shame. The narrative also foregrounds the surroundings that the characters inhabit, a constant and inescapable reminder of what Francisco can and cannot do. All the while, Maria labours alone to run the household and care for their young child. They do not speak to each other and it is not likely that Francisco has come out to Maria, and yet her expression is often one of instinctive knowledge. The film’s use of institutionalised shame as created by religion and culture, and as felt in the very environment, constructs Francisco into something explosive.

Their storylines peak simultaneously. Francisco gives in to his feelings for a fellow worker (Américo del Río) in a setting that is highly reminiscent of Brokeback Mountain (2005) in its semiarid desolation. Parallely, Maria has a breakdown that has been long overdue. It also coincides, however, with her haemorrhaging.

At 11 minutes long, Allende creates a tightly paced narrative with each of its elements contributing to the development of Francisco and Maria’s festering lives. The open ending leaves room for dread but little for hope.