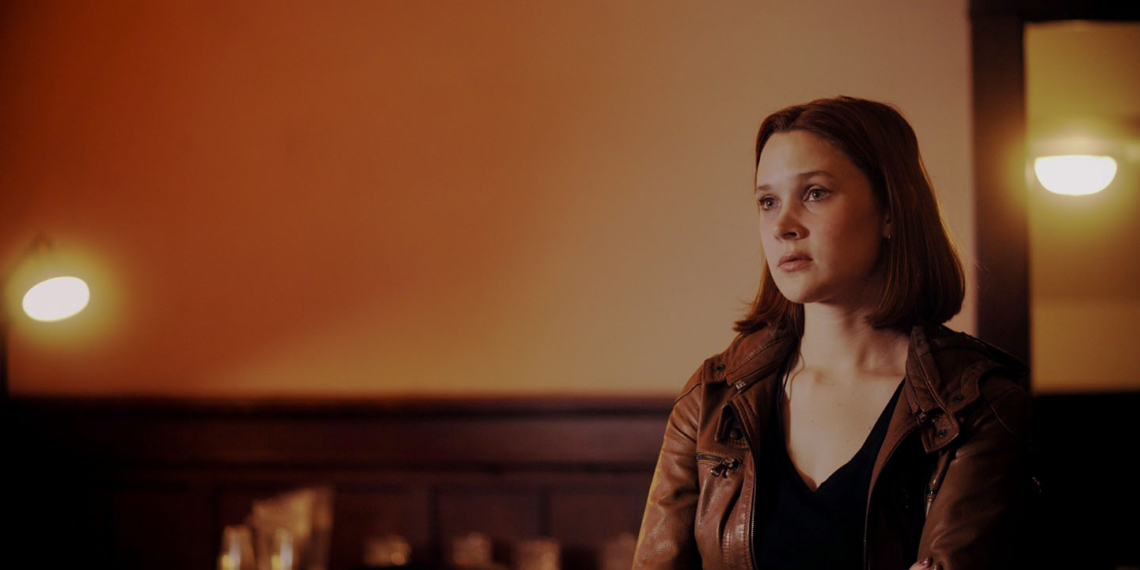 Daniel James Dismuke’s AAgnostic deliberates on questions of good, evil and religion through the story of a woman’s crippling guilt in the wake of a tragedy. Over the 17-minute runtime, she discovers truths which bring as much clarity as they do deeper confusion and guilt.

Grace (Megan Elizabeth Barker) is a struggling alcoholic sitting through AA meetings. It is overtly religious. Wracked by guilt over having killed a little boy in a car accident, the faith no longer speaks to her. The more the leader (Jennifer Collins) attempts to explain and rationalise complexities through the prism of god and religion, the stronger her feelings of rage and guilt become. She is not the only one; another member (Briana Phillips Wilson) voices her own distrust in the idea of a higher being with a plan for all.

The narrative discards the setting entirely when Grace walks out and into a Satanic house of worship instead, having apparently been invited. Awash in red glow, the atmosphere is certainly made to match the lore. There is no one save the bartender (Sal Landi), a grizzled man with patience enough to get Grace to soften. At this point, the film starts to look a lot like the first special episode of HBO’s Euphoria; the characters and the conversation have a lot in common, from the wise old man with a grey past and the young addict to the very nature of their conversation. The man, unnamed, shares some of his life with Grace and she begins to open up in a way that was not happening at the AA meeting. They talk about loss, belief and understanding. Religion hangs heavy over them.

A surprise twist bookends the two characters’ meeting, and yet another twist concludes the film. Joining the dots creates a very different picture from the one viewers imagined they were looking at. Unlike Grace, AAgnostic as a film ends up having more sure answers than the title would imply.