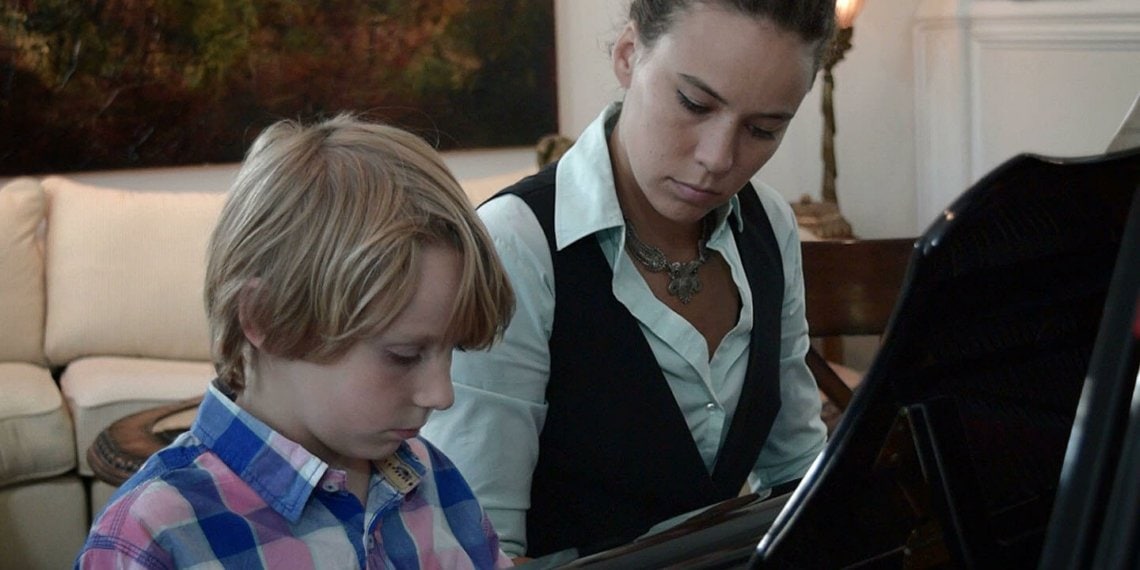 Badar’s 10-minute Last Lesson takes on a homophobic parent and her instant prejudice against the piano teacher once the latter’s sexuality is revealed. Marked by painfully unyielding homophobia, the film showcases the experience of pushing against walls that do not budge.

The film opens with Olivia (Lisa Finlayson) finding out. A neighbour (Michelle M. Tucker) has turned up with that day’s newspaper. Carmen (Tatem Spearman) has been featured for her volunteer work with LGBTQ+ youth. Olivia’s reaction is swift and decisive. Carmen must go. There is no room for debate.

Olivia’s prejudice is intense but mired in hypocrisy that reeks of classism. Carmen stands up to her, but to no effect. Not even when she points out that her prized, expensive vase was made by a gay artist. Of course, she knows that, Olivia says, not a hint of self-awareness in sight. Those are two different things, she reasons. Olivia has the power and does most of the talking. Carmen is her unwilling spectator. She does not want her young son influenced by Carmen’s “lifestyle”. The usual homophobic markers are all here, the concerned parent being the most basic. Olivia’s snobbish hypocrisy about her vase is the cherry on top.

The ending is ambiguous, despite it all. If there is some shift within Olivia upon seeing the feature piece herself, it is not investigated. Yet something causes her to pause. Nothing might change, but if for a few moments only, there is a possibility that she sees past her disgust, and considers Carmen’s humanity.

Last Lesson depicts what is for one character a humiliating experience, and leaves behind hints that for the humiliator a new, essential facet of being human and empathetic might have found light at last.