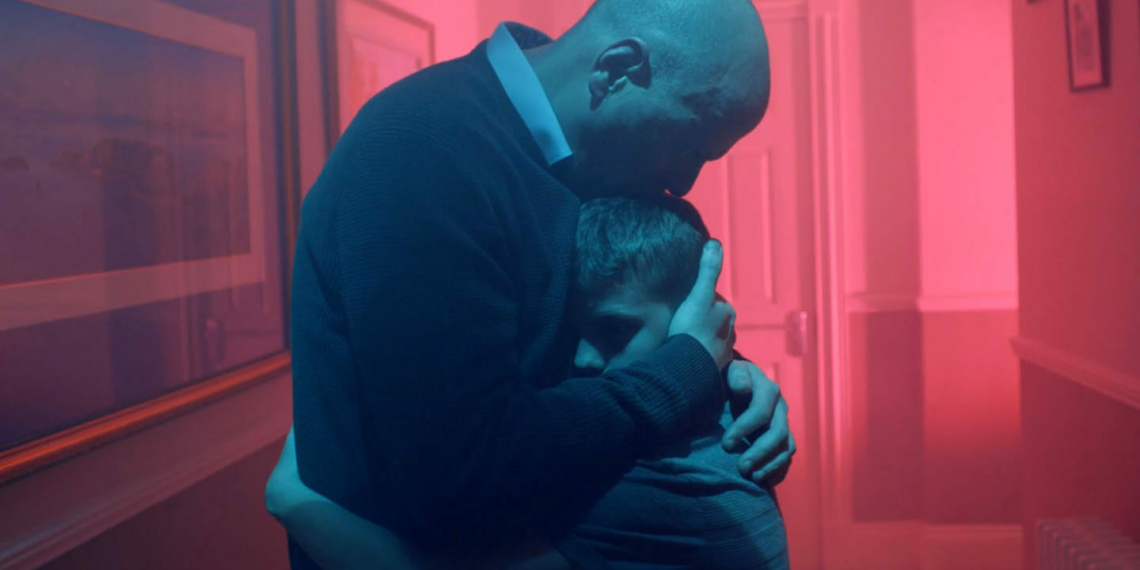 Alex Bates’ Dare to Dream is a drama about a young chef’s destructive desire to prove himself worthy to his abusive father, also a chef. Incorporating a quasi-emotional realism approach to portray his downward spiral, the film is a 30-minute saga of negotiating legacy.

Despite what the title might lead viewers to assume, Dare to Dream is about ambition. Not really. Instead what Theo (Jonny Labey) actually cares about is gaining his father’s approval. A chef like his father, Theo works almost all his waking hours to meet the demands set by his father to succeed, to live up to his father’s celebrity status–which translates in the immediate context to winning the Culinary Arts Competition. Ryan (Bryan Ferguson), Theo’s father, is the judge. The situation could hardly be worse for Theo.

What really ails Theo is that his father is abusive. Not simply a patriarchal figure with impossible standards, the man is explicitly abusive. Theo’s girlfriend, Olivia (Olivia Ephgrave) is in direct opposition to him, which earns her Ryan’s unpleasant words and eventually, a breakup. With the last shred of warmth leaving his life, Theo descends into the same cocaine habit as his father and an escalated drive to win the competition.

It is at this point that the film dives into a particularly dark, emotionally charged visual mood. Theo functions and reacts to everything with the same obsessive, destructive intensity. He views his rival as the enemy. But whether he wins or loses the competition becomes irrelevant; without intervention, the spiral will continue its downwards trajectory.

Dare to Dream ends on a bleak, exhausted note. The film has graphed the beginning and end of an arc marked by emotional violence, trauma and a thorough lack of safety. If there is an end to Theo’s suffering it comes through destruction and even a purging, but not saving.