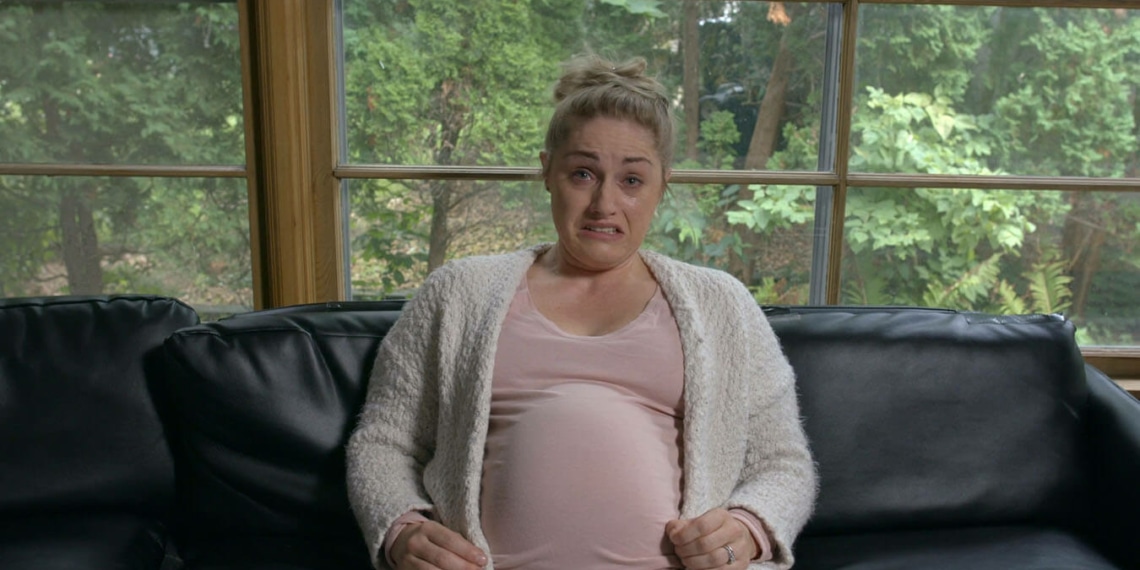 Episode one introduces the main players and sets up their individual and overlapping storylines. Alex (Matt Bailey) is dying and racing against time to make a film as a way to reconnect with his wife, Jodi (Bethany Ford) and leave something for his unborn child. Paul (Clarence Wethern) is his screenwriter, a borderline dangerous man with an obsession with metaphysics and philosophy. The two main leads of their production, Chelsea (Christine Weber) and Michael (Juan Rivera Lebron) appear to be the most uncomplicated of the lot; they begin dating in the course of the shooting. Yet it is through them that some of the series’ and Paul’s preoccupation with control and free will are explored. Fitting, as they are the actors, after all; their job is to act out the author’s ideas.

The episode illustrates that among the main characters, it is Alex, Jodi and Paul who have any agency, while Chelsea and Michael are prototypes to be tinkered around with. They exist to enact whatever line or reaction they are handed, and thus their otherwise simplicity. Interestingly, all three men struggle to various degrees in their love lives.

Jodi mostly exists on the periphery here, struggling with her pregnancy and her spouse’s impending demise. Which leaves us with Alex and Paul. Their equation is a tense one, on more than one level. More obviously, they clash over their work. Alex has multiple issues with the writing and Paul does not like it, though the former is perhaps less aware of it than he should be. To add to this, the episode plants hints of Paul’s dark personality.

Whatever Paul does is always laced with excessive intensity, whether it is conflict or attraction. More worryingly, when he confronts (and it is hostile enough to be called that) Alex over metaphysical subjects, the goal appears to be more personal than an innocuous discussion. And the final nail, an unnamed, threatening man keeps reminding Paul that time is running out.

The episode veers away from fully diving into the heavy stuff. Instead, moments of tension are undercut with comedy just as things get too intense. A child’s suicide turns out to be a staged performance for Alex’s film, Paul’s rantings about human illusion are countered with glib dismissal, or his too intense attention to the barista (Stephanie Bright) is broken by his own clumsiness. Even Alex’s rightful outburst at the state of his soon to end life is punctuated by a concerned colleague. Even the titular incompleteness theorem (a theory stating that nothing can be proven) is explained with Paul’s painful awkwardness.

Yet a keen sense of sadness is inescapable in the 36-minute episode. Alex has little time–less than a year–in which to sort out his affairs. When not surrounded by other people, he mirrors Jodi in his distant stares.

Episode 2 begins with Alex finally quitting his job, leading to an amusingly underwhelming, but utterly loaded reaction from his boss, who simply stares at him. This, while being on the phone. The contrast between his pointed look and his pleasant conversation on the phone alone holds promise for an entertaining episode (and which it delivers).

Running to 40 minutes, episode 2 offers further insight into the characters, particularly Paul, who essentially goes with a tell-all approach on his date with the barista at the coffee shop where he spends his days writing. Not just a screenwriter with an ego issue, Paul reveals that cracking and manipulating the genome is his day job. What his story also reveals is a deeper and more tender friendship with Alex than episode 1 would have us believe.

Two different interruptions mark this conversation, although one is really more of an unexpected continuation. This comes in the form of the barista’s imagination, who places herself in Paul’s position, enacting the milestones as he narrates them. The other is a sexual encounter between Michael and Chelsea. While the former is a directly observable feature of the metanarrative, the latter does it more subtly.

When the narrative cuts to Alex and Jodi, perhaps in the same space for the first time in the show, it is to shoot an interview for Alex’s documentary for his son. Jodi’s discomfort and the disconnect between the two is a palpable thing, the elephant in the room that Alex really wants to leave unacknowledged. Until Jodi brings it to the forefront. To this, Alex reacts by quite literally pausing Jodi mid-sentence. It is, as it turns out, on a monitor while Alex is editing the footage. This is a narrative where characters liberally manipulate it, made all the more pronounced by its general premise set around the making of a film.

Moving away from the techniques at work, Jodi’s monologue is a gutting thing, especially in light of the impending birth of their child and Alex’s death. Stuck with a job she has always hated, a marriage that is falling apart and about to be ended regardless, a child she will have to raise alone, and life plans that have been put on indefinite hold, Jodi is hardly happier than Alex.

With the final scene of the episode–an humorously awkward, prolonged thing–the series once again shows its knack for undercutting heaviness. It ends with an announcement from Chelsea. But the overarching question is, how much of it is real?

The final episode of the show picks up with Paul’s date with the barista. The episode cuts back and forth between the various storylines to weave itself into a narrative where truth is wholly under doubt. Little of it can safely be believed to have actually happened, including even Alex’s storyline.

When the barista launches into an imagined backstory for another patron, complete with a dead spouse and child, the story has just enough passing similarity to Alex and Jodi’s potential fate that the poignancy is hard not to reflect on. But her monologue is really more about the butterfly effect and illusions as she goes off on a tangent about all the things that could have happened and the ones that did happen. The series’ enthusiasm for metaphysics is easy to see.

Over the course of a song, the episode takes off once again into an imagined space, this time showing how Paul’s relationship with the barista could develop. Using mere seconds, a montage shows the deterioration of the relationship, ending in death and single parenthood. Essentially, the future awaiting Jodi. The storylines tangle together like this, and Alex’s impending death hangs like a shadow over everything else. It is perhaps the only true thing within the narrative’s world.

Chelsea and Michael continue to be a reflection of Alex and Paul’s personal lives. This time, Paul and the barista’s date is an almost exact replica of Chelsea and Michael’s first date. The spell is broken as Paul’s former employees return with escalated threats. While the music remains playing in the background, the editing becomes choppy just as Paul’s mood darkens. With it returns his tick: he taps his chin in a pattern when stressed, usually after one of these calls. It is an interesting addition which texturizes the character further, especially in light of its consistent presence.

After another insertion of Michael and Chelsea, the episode moves to its most pivotal scene, between Jodi and Alex. Jodi’s hurt and bitterness have been spilling out through the course of the show in increasing intensity; now it hits its peak, leading to a flashback, which turns out to also be an imagined space. In a way, it is schematic of the narrative: Alex takes real memories and uses the space to do what he cannot anymore in real life. He apologises for his role in the disintegration of their relationship. It is also a string of I wish: I wish we were more considerate, I wish we were kinder, I wish we were more present.

The final moments are the climax of the show’s editing. Small and big moments are interrupted and left open-ended in favour of others, jumping across storylines until it comes to rest on a final, possibly authorial one.

Incompleteness takes its title to heart. By questioning the veracity of everything, it leaves its viewer to question the very foundations of storytelling. By intercutting between storylines and having them overlap and mirror each other, the show gives the viewer little to believe as true and factual. Disorienting, fascinating, and often gutting, Incompleteness is complex in both its technique and the human story wrapped in it.