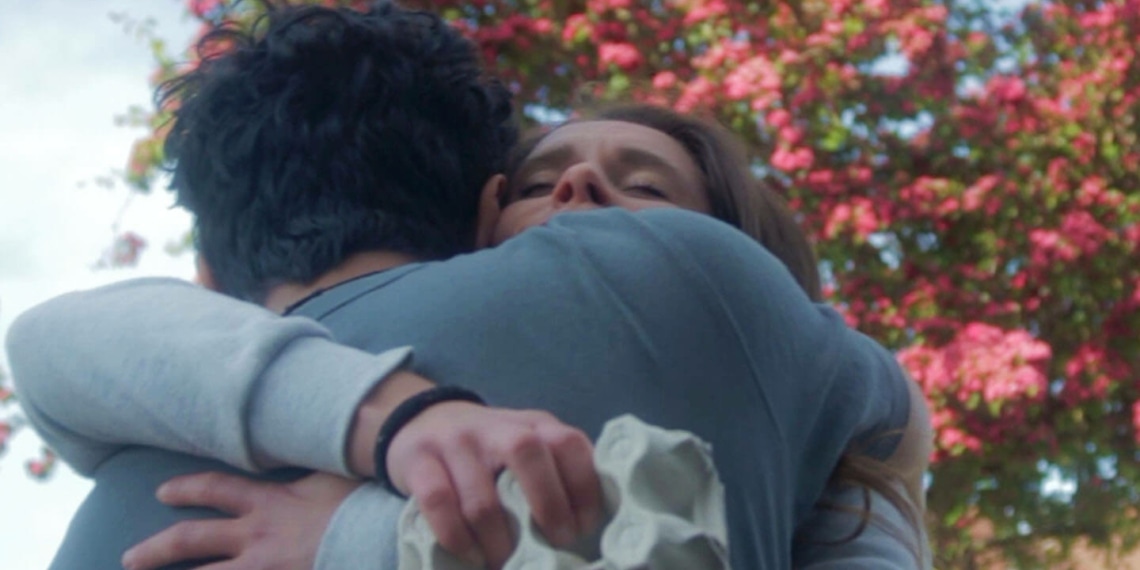 From the name itself, it is evident that Toni Nordli’s Six Feet of Separation is located within the pandemic era. A film about the pandemic’s impact on people’s domestic lives, specifically their relationships, it follows the lives of a couple living apart in London right at the beginning of lockdown.

Because of its writing and editing, this is a film that feels like the visual equivalent of the epistolary novel. It is composed primarily of video calls, interspersed with vlog-like views of an empty public London, as well as its languishing residential sections. Dina (Nina Yndis) and Noah (Fayez Bakhsh) are isolating separately in their own apartments, their daily video calls the only mode of communication available to them. The conversations usually vary between light banter and affection. There is little conflict yet. Until a job opportunity falls through and Dina no longer can hope to make her rent. Rent concerns, empty store shelves, food rationing–the film is filled with markers of the COVID-19 lockdowns. Dina’s situation is recognizably dire, and she decides on returning to Norway and living with her mother. At this point, friction begins to take hold of the relationship.

The video calls, which take up most of the film’s runtime, do not feel odd. Well edited, the visual and aural distortions feel pleasantly familiar and real, instead of jarringly clumsy. The aesthetic is obviously not cinematic, but as part of the pandemic film subcategory, it delivers. Besides their endearing individual performances, Yndis and Bakhsh have an easy chemistry, helped along by the editing. So much so that when the final act has Noah scrambling to the door, it is charmingly real and believable. It is also here that the film finally takes on a conventional cinematic look, which translates emotionally to a return to normal.

Six Feet of Separation adds richness to a style that has often fallen prey to its limitations, from pacing to visual dullness to just feeling gimmicky. Instead, the film’s depiction of the pandemic has heart and authenticity in a way few shorts have managed.